Dean Bruen of Warwickshire in attendance during the Nicky Rackard Cup Competition at the St Anne's GAA Club in Rathnure, Co. Wexford. Photo by Matt Browne/Sportsfile

Warwickshire hurling captain Dean Bruen says maintaining his side's league status can act as inspiration when they travel to Longford in the Nicky Rackard Cup this Saturday.

The Galway native said there was many positives to take from playing in Division 2B despite the losses over the course of a season.

"I think to be fair we held our own pretty well in the league, even though we only managed to get one win,” Bruen told The Irish Post.

“We were looking at it performance-wise rather than score wise. We were very happy the way the league went, I know we fought relegation, but I think we were happy with the performance. We knew that if we could keep those performances up that it would stand to us come Championship time.” 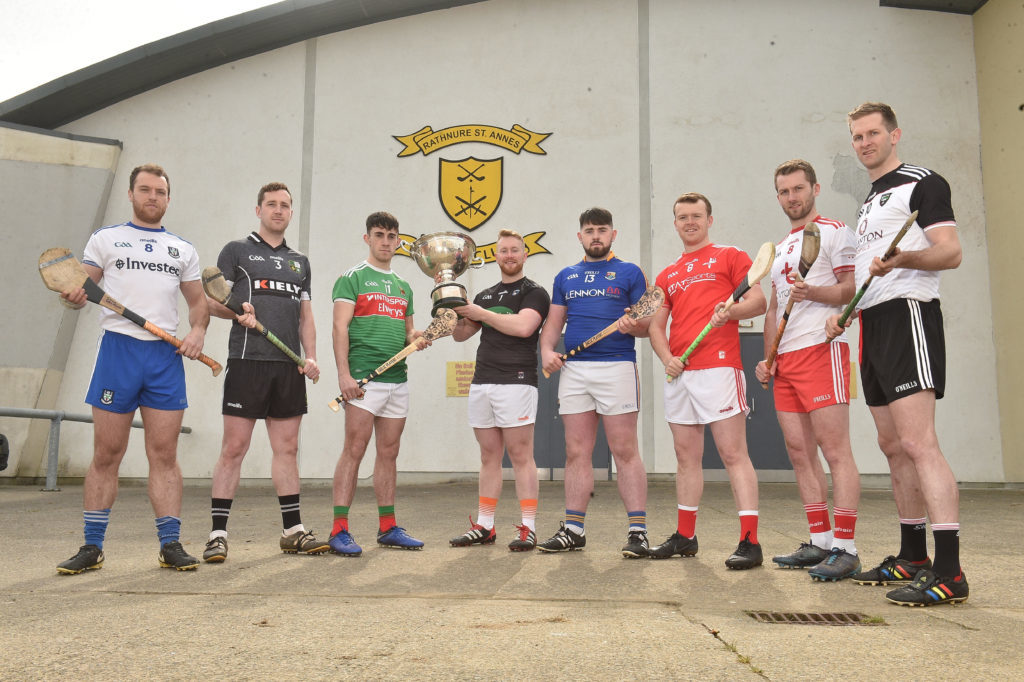 18 April 2019; Simon Doherty of Armagh with the Nicky Rackard Cup and from left Kevin Crawley of Monaghan, Dean Bruen of Warwickshire, Corey Scahill of Mayo, Conor Gallagher of Longford, David Stephenson of Louth, Dermot Begley of Tyrone and Keith Raymond of Sligo in attendance during the Nicky Rackard Cup Competition at the St Anne's GAA Club in Rathnure, Co. Wexford. Photo by Matt Browne/Sportsfile

This competition has brought mixed fortunes to Warwickshire in the past, but Bruen feels last year’s final was one that got away. That is still a huge motivator 11 months on.

“Last year we felt that we were robbed,” he said.

Warwickshire went in at half-time nine points up but their hopes were scuppered when Donegal got a goal back and Shane Caulfield was sent off for a second yellow card.

”Looking back on it, I don't think it was worthy of a sending off. Soon after he got sent off Donegal struck another sloppy goal. We should have had it dealt with and the ball going up the pitch. It was just a sloppy ball in, and they managed to get it into the back of the net.

“We found ourselves struggling then with 14 men and we had our backs against the wall. Unfortunately we weren't able to claw it back.

“I remember looking at Donegal lifting the cup, and I was saying 'lads remember this feeling because we don't want to be back here next year, we want to be lifting that cup up in the Hogan Stand.'"

Longford are first up in Group 1, and Bruen knows there's tough games ahead, where Armagh and Monaghan will also proved strong opposition.

"We (John Mitchels) were beaten in the Club Championship by Castleblayney. They would have a lot of the Monaghan squad on that team. We know where they are at. We had Monaghan and Longford in our group last year. We played both teams twice, and there wasn't too much in it.

“We know that there aren't going to be easy games. Longford mightn't be the strongest hurling wise, but they are dogged.

“We don't know what Armagh will bring. We haven't hurled against them recently. A squad with a lot of young lads on it, you never know what they will bring to the table. They will be fit and wiry, and wanting to make a name for themselves trying to claim a place on the team.

And he added: "We know that we are going to be in for a dog fight. I'd say there won't be more than two or three points in each of these games. We are just going to have to put the head down and fight."

On this day 135 years ago, the GAA was founded to preserve Ireland’s national sports

"There were a few questions asked of us as a group, and today we have come up with the answers" - triumphant return for Liam Sheedy as Tipperary claim 28th All-Ireland