GAA: Lancashire boss Liam Coyne says the pressure is on Kerry to come and beat them in Manchester

LANCASHIRE manager Liam Coyne insists the pressure is on Kerry to get a result ahead of their visit to Manchester this weekend.

The Kingdom’s junior side will travel to Old Bedians for the semi-final of the All-Ireland Junior Football Championship and are hot favourites as they bid to defend their title.

All-Britain champions Lancashire will hope to benefit from home advantage on Saturday, but he’s adamant his side have nothing to lose.

“It’s exciting,” he told The Irish Post. “The pressure is definitely on them because it’ll be talked about if we do beat them.

“At the end of the day, I don’t think any of the pressure is on us. We’re an English team playing in an All-Ireland semi, so it’s up to Kerry to beat us.”

Coyne has a panel of around 30 players and places are still up for grabs as he mulls over his starting XV, with motivation unlikely to be an issue ahead of the game.

“I’ve got lads who are chomping at the bit to be involved against Kerry,” he said. “There’s no bigger incentive than playing against Kerry in Gaelic football, whether junior, senior, Under 14, Under 16, whatever. Any game against Kerry is massive.

“I played against them once for Lancashire and I remember they had a fella up front who was 39 and in a different league to everyone else, he was class. Before they’re even born in Kerry, they’ve got a ball in their hands.

“Saying that, I’m confident in my group of lads and we’ve got belief.”

The 29-year-old came through the youth ranks in Lancashire and, having represented his county at every level as a player, Coyne is no proud as punch to be managing the team.

“My mother and father are from Galway,” he added, “but I’m Lancashire born and to represent my county, as a player or a manager, nothing tops it in my Gaelic football life. It’ll be another proud moment when we face Kerry.” 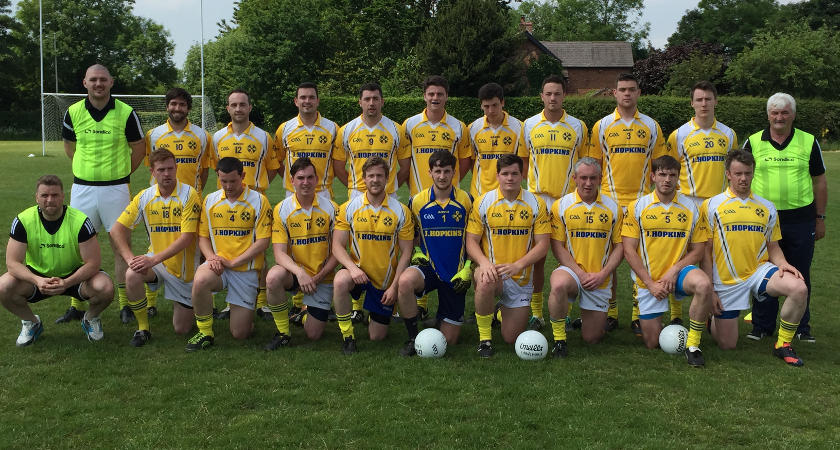