Limerick , Ireland - 20 May 2018; Barry Murphy of Limerick leaps over Tipperary goalkeeper Brian Hogan as he celebrates scoring a late goal during the Munster GAA Hurling Senior Championship Round 1 match between Limerick and Tipperary at the Gaelic Grounds in Limerick. (Photo By Ray McManus/Sportsfile via Getty Images)

BARBADOS WILL welcome the Limerick senior hurlers soon as the team head off on their celebratory team holiday.

The Panel led by John Kiely will depart Ireland on Saturday October the 30th for a week-long stay in the Caribbean sunshine.

The All-Ireland SHC winners who had a 58-strong traveling group on All-Ireland SHC final day in Croke Park on August 22 also have  a 35-man panel of players, a 21-member management and two County Board officers who will travel to the island.

Limerick hadn't won an All-Ireland in 45 years and it ended in 2018, when Limerick beat Galway. The squad headed out to Cancun in Mexico after Christmas and the New Year. Fundraising efforts from previous months have paid for the holiday. 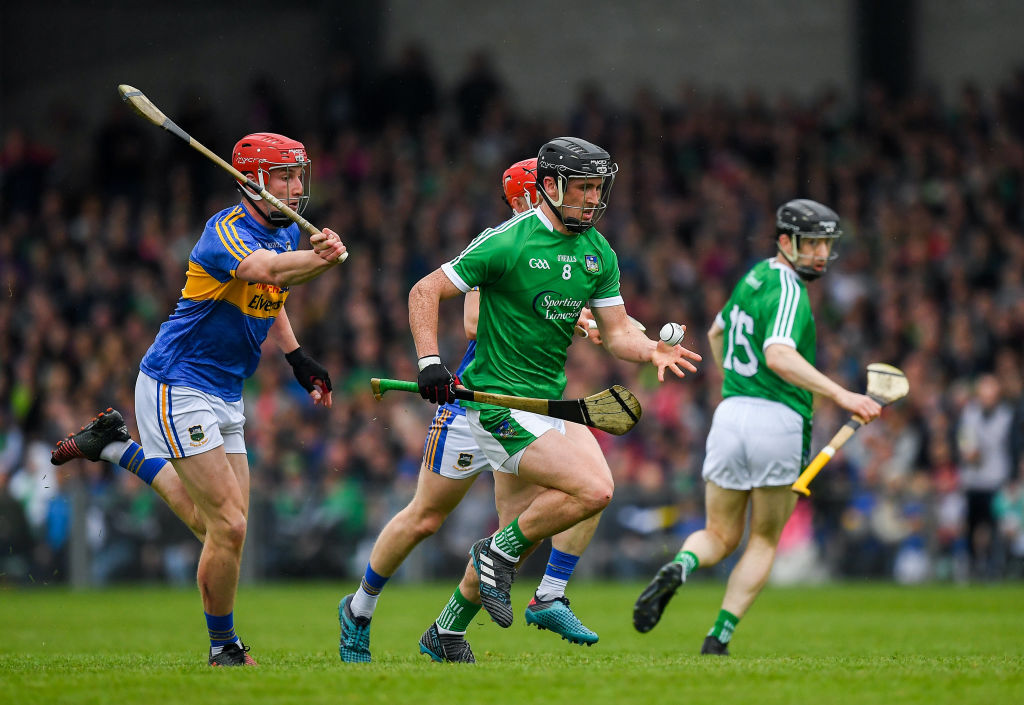 JP McManus, the team sponsor in October 2019, expressed his thanks to John Kiely’s panel with a holiday to Sandy Lane in Barbados.

Limerick went unbeaten through 2020 to win both the Munster and National League titles and Munster and All-Ireland Championship crowns. Covid-19, stopped a holiday  all-conquering hurlers.

This season they retained both the Munster and All-Ireland championship titles and now reap the rewards of their success with a team holiday this Halloween.

Limerick have also a number of hurlers that are in the running for Hurler of The Year. Sean Finn, Kyle Hayes, Cian Lynch are some of the names shortlisted.