London Irish duo retire as club braces itself for exodus

during the Aviva Premiership match between London Irish and Exeter Chiefs at Madejski Stadium on January 11, 2015 in Reading, England.

LONDON IRISH have been hit by the retirement of two players following their relegation from the Aviva Premiership.

Winger Andrew Fenby and back-row Tom Guest have quit the sport at the ages of just 30 and 31 respectively.

Fenby plans to pursue a career as a chartered accountant in London, having already gained his qualifications.

After 12 seasons, he racked up 126 tries in 214 games in his rugby career, crossing the whitewash 28 times in 61 appearances for London Irish after joining from Scarlets in 2013.

Although he finished top scorer in his first season, Fenby may be best remembered for pace, power and elusive running game, which proved pivotal in the Exiles’ run to the European Challenge Cup in the 2014-15 season.

“I have really enjoyed my time with London Irish and it is with a heavy heart that I have come to make this decision and pursue a new opportunity,” the former Newcastle University student told the club’s official website.

“London Irish have fantastic facilities and there is an infrastructure in place that should allow the club to make an immediate return to the Aviva Premiership and realise its ambitions in years to come.”

Meanwhile, Guest has also announced his decision to retire from professional rugby after a glittering 14-year playing career. 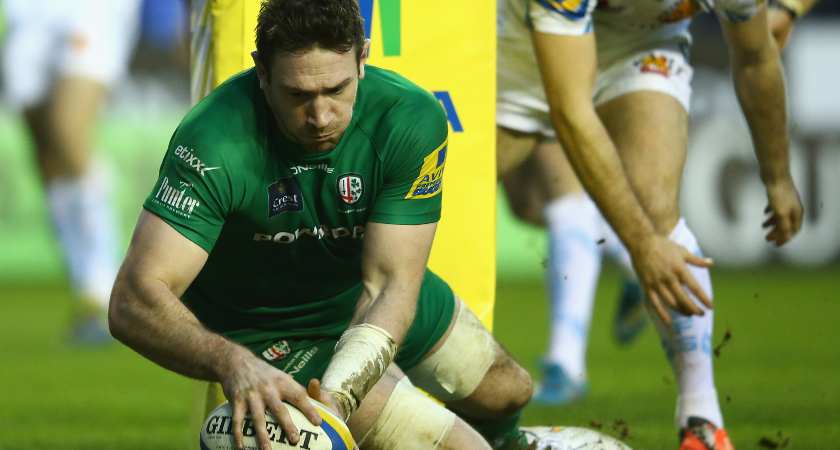 Tom Guest during the Aviva Premiership match between London Irish and Exeter Chiefs on January 11, 2015 in Reading [Picture: Getty]
The 31-year-old made the switch to Irish in 2014 following 12 seasons with Harlequins, where he lifted the European Rugby Challenge Cup, Aviva Premiership and the LV Cup.

Amassing more than 200 appearances for the Twickenham Stoop outfit, Guest crossed the whitewash three times during 30 outings for the Exiles.

The experienced campaigner, who has represented England Saxons, admits his decision to retire from professional rugby was a difficult one to make.

“There are a lot of experiences that will live long in my memory, and I am grateful to have played rugby at the highest level for many years,” he said.

“I’ve thoroughly enjoyed my time with London Irish during my two years with the club. It is a club that is steeped in history and tradition and I am sure it is only a matter of time before Irish realise its ambitions.”

Tom Coventry: 'London Irish won't give up the fight just yet'