Tir Chonaill Gaels forward Liam Gavaghan believes the momentum from winning the London SFC last Sunday can power his side to the latter stages of the Connacht club championship.

TCG travel to Roscommon this Sunday to face Clann na nGael at the quarter final stage of the competition at Dr Hyde Park (1pm).

And Gavaghan believes his side are still hungry for more glory this year.

Speaking to The Irish Post  he said: “We spoke this year about doing ourselves justice in the London SFC if we ever got the chance to make up for last year.  And we had the carrot of competing in Connacht as well. 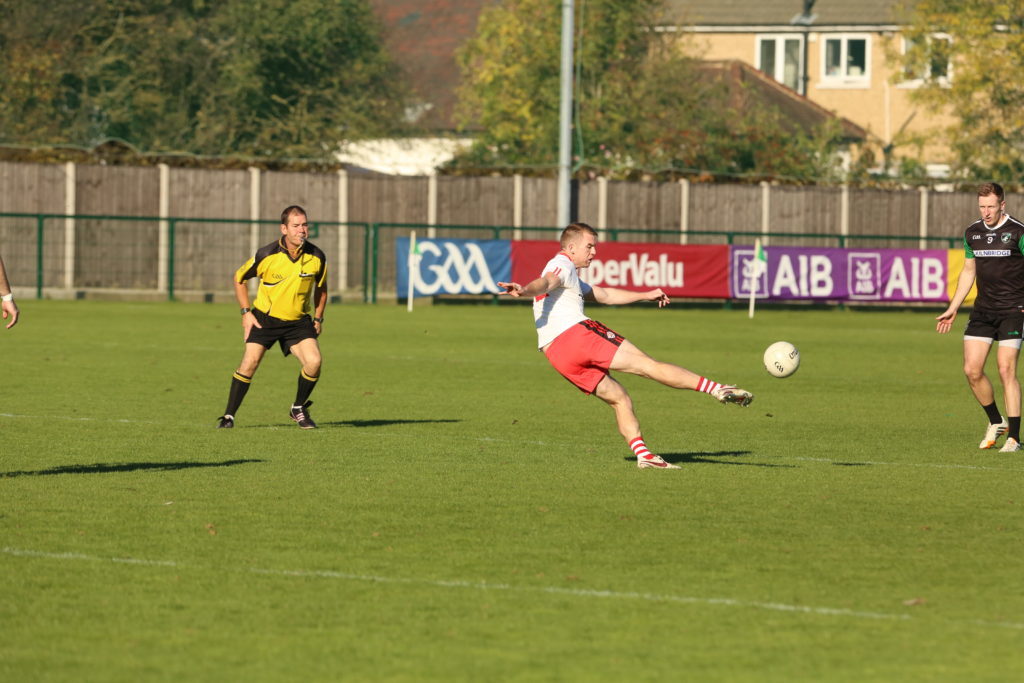 Tir Chonaill Gaels forward Liam Gavaghan scored 0-6 as he helped his side to their first London SFC title since 2015 at the weekend. Photos: Brendan Vaughan

“We’ve achieved one part of that target and it’s a great relief for everyone at the club to get this chance. Now we have to make the most of it and take that progress on.”

Paul Coggins’ side earned that crack at the competition after seeing off Fulham Irish in last Sunday’s London SFC replay.

The former London manager hails from Roscommon and should have the inside track on how to plot a course to victory.

“Whoever we face will be tough over there, we are under no illusions about that,” said Gavaghan.

“But we have the chance to make more history with the club. Fulham were county champions last year and they have improved this year again in my opinion. That was a better Fulham side than we faced last year.