Ciaran Deely (centre) and the rest of the London backroom staff are ready for Louth this Sunday (Picture:Brendan Vaughan)

London boss Ciaran Deely insists his side are ready to put their Connacht Championship woe behind them when they face Louth in McGovern Park on Sunday.

Heavyweights such as Mayo and Tyrone were also in the All-Ireland qualifying draw, and whilst Deely is relieved to be avoiding that calibre of opponent at this juncture, he knows the Wee County will provide stern resistance.

Speaking to The Irish Post, he said:  “I have had a number of people saying to me that Louth is a good draw, but they played Division 2 football last year.

“There are obviously a few we wanted to avoid, in terms of bringing over Tyrone or Mayo or anyone like that.

“They’ll be wanting to bounce back after their defeats. And probably at this moment in time after our defeat against Sligo, we wanted to avoid a Division 1 team.

“Every team will probably look at us and say we are the team they’d want to draw. We know that. They’re probably not going to lose any sleep over drawing London. But we'll be ready. And on our game, we can cause them a few problems."

A few weeks of from that defeat to Sligo and Deely is still perplexed by his side’s slow start to the game. 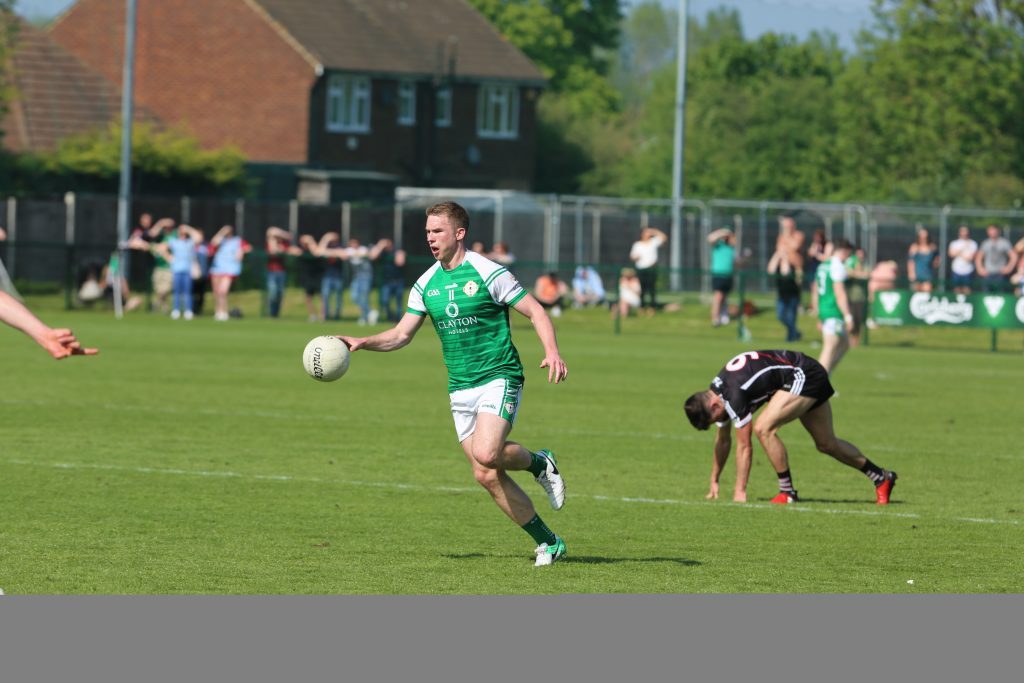 “Since I came in a couple of years ago, we always talk about competing and performance and we don’t tend to get fixated on winning or not.

“The last day was disappointing because all through the league we competed in every single game. In most of those games we were right in it until 10 minutes to go.

“Against Sligo we didn’t get up to that level at all. On the biggest day of the year for London GAA, that was very disappointing from our point of view."

Due to his connections at QPR, Deely has previously been able to call on the likes of Harry Redknapp to give a different perspective when it comes to top level sport and impart that knowledge to a London side keen to learn.

From a more conventional GAA background, former Kerry star Paul Galvin has also been a recent visitor the training ground in London.

"We felt against Sligo we were well prepared. We were going into the game very confident and well set up.  We just didn’t perform on the day, barring a couple of moments.  That's one of the the things Paul was keen to stress too; you can have all the preparation in the world but it really is all about what you do on the day.

“For us, this game is a shot at redemption, no two ways about it.  Just to show people what we are about, how we are a good team and how well we can play.”

London went into that game with fitness concerns over four key players. And whilst Deely is not using that as the sole cause for the dip in form, he admits it was a factor.

“We had concerns over Phillip Butler, Michael Walsh, David Carrabine and Fearghal MacMahon from long-term injuries or little niggles. We tried to keep most of that quiet. But coming into the last game, and I think it certainly had an impact on the whole dynamic of the team.

“None of those four players could say they were at 100 per cent on the day. Maybe that was a mistake on my part, and on the management’s part to play all of them.

“You put a lot of faith in lads and you hope on the day things come right. Maybe they just weren’t 100 per cent sharp. But we have had four weeks since the game and those four lads are absolutely flying now.”