The Hoops are three points above local rivals Rangers after overtaking them in the table. It's been a massive resurgence for the Hoops after starting so poorly.

Celtic lost to Livingston in September and even lost to Hearts on the opening day. Celtic trailed Rangers by six points at the end of 2021, but have now clawed their way back into the fight

There were calls for the Australian to lose his job at the start of the season, but Celtic now look like a team primed to reclaim the title back from Rangers.

One ex-Celtic boss, who believes that Postecoglou is now showing his best body of work due to patience and time is Martin O' Neill.

“Looking in from a distance, it seemed a big rebuild was required. It was important that some of the good players stayed on, like Callum McGregor, and some of the players he has brought in have done wonderfully well.

Last week Celtic beat Dundee 3-2 win at home, and Rangers had drawn at Dundee United giving Celtic a massive advantage in the race

Although Celtic are top, Rangers still possess a huge challenge to Celtic after beating Borussia Dortmund 4-2 in the Westfalenstadion last week.

“It was a big win for Celtic on Sunday after Rangers couldn’t get the win against Dundee United,” said O’Neill.

“There’s a long way to go yet but they’ve got the three-point lead and the better goal difference. I’m quite sure Rangers will not give it up easily.

“Having done so brilliantly against Dortmund, they will still feel as if they’ve got a real chance.” 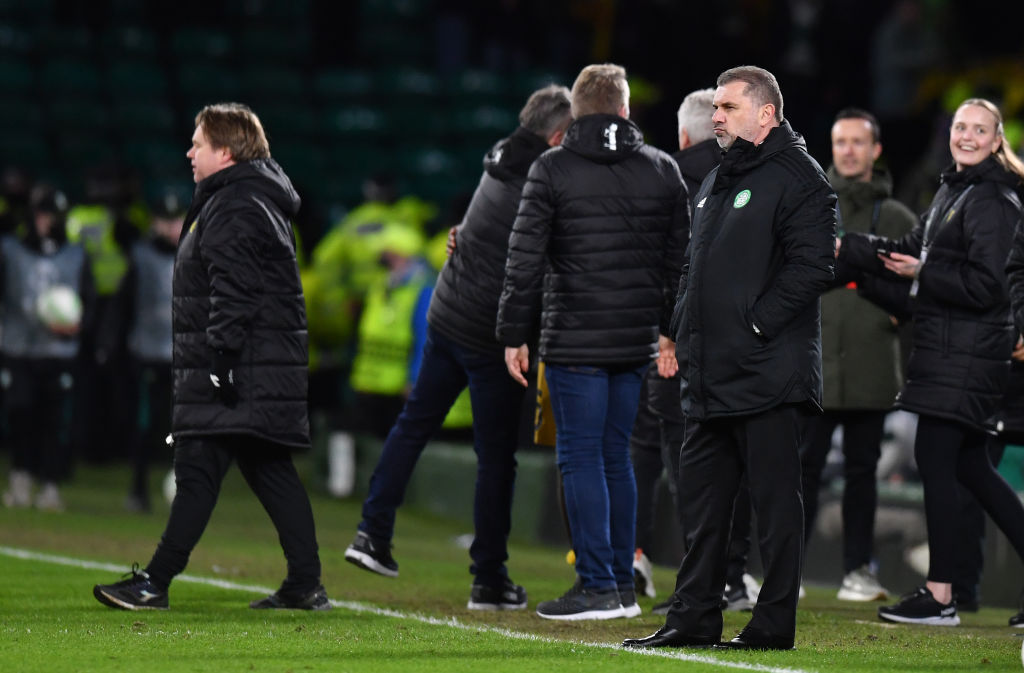 O’Neill was promoting the return of the Masters football tournament this summer after an 11-year absence.

The newly-launched 360 Sports TV Masters Cup will be staged at Glasgow’s Braehead Arena on July 8 and will include former players – aged 35 or over – from Premier League giants Liverpool and Manchester United, as well as Celtic and Rangers.

O’Neill will be managing the Hoops side in a tournament that will be beamed by 360 Sports TV.

“I can’t wait for it to come back to Glasgow where I have many happy memories and many friends,” he said.

“It’s great that the fans will be able to watch such an iconic tournament once again with such fabulous football heritage. It should be a really fantastic evening.”