SEAN MCDERMOTTS are the first team to qualify for the Warwickshire Senior Football Championship Semi-finals after a late fightback saw them overcome John Mitchels by a single point this afternoon.

Today's clash at Pairc na hÉireann was another combustive encounter between the two auld rivals, Mitchels reduced to fourteen just before the interval when James Loney was shown red for a challenge on Conal Dowling.

Yet Mitchels coped well for large parts of the second-half against the extra man and had the chance to equalise in added time when Thomas O’Keeffe pulled a free to the wrong side of the near post. 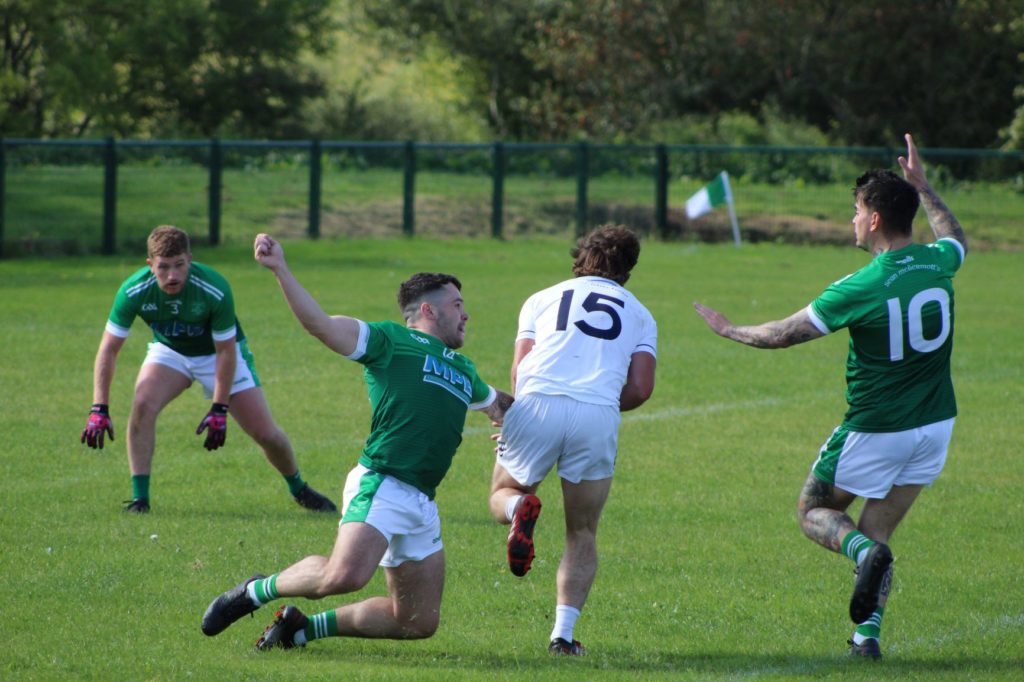 Played under chilly yet clear skies at Warwickshire headquarters, it was Mitchels who started the brighter in a game that never really found a rhythm until well into the second period, O’Keeffe’s free sent them into the lead before Joe Owens lobbed over an equaliser.

Chris Hayden was integral to McDermotts from half-forward and a sweetly incisive pass found Michael Hayden free to tuck a low shot into the back of the Mitchels net.

Moments later a sweeping passing move from back to front by Mitchels eventually drew a foul and penalty which was calmly slotted away by Conor Lenihan, his first of two penalties during the game. 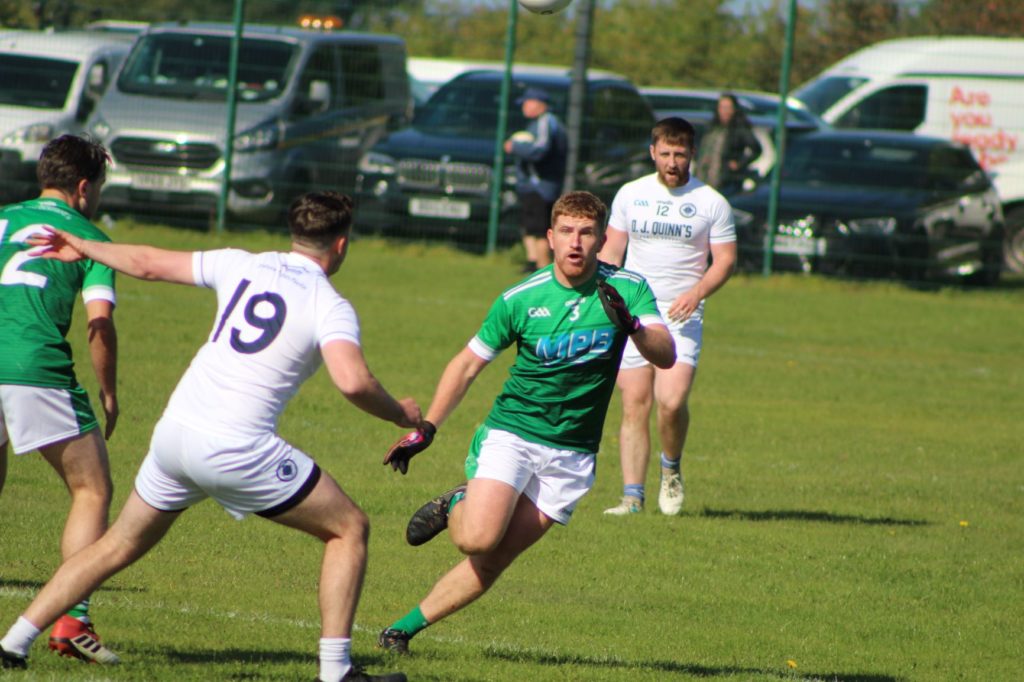 Shortly before his dismissal Loney drilled over the leading score as Mitchels rallied strongly before half-time but the tables turned at the start of the second as, buoyed by their man advantage, McDermotts surged back into the lead.

First, Cianan Folan fired over an equalising point before Joel Powney chipped over a free from a central location and when Mitchels were turned over in a dangerous area Folan took advantage to drive emphatically into the back of the net.

Yet with O’Keeffe becoming more influential from full-forward Mitchels responded well to wrestle back the initiative, his free started the momentum turn that swung further when Daniel Kennedy stole the ball to race back and tuck a low shot past Macauley Felgate.

Gareth Boyle’s equaliser and O’Keeffe’s subsequent free – his third – gave Mitchels an unlikely but well-earned lead which climbed to four when Kennedy latched onto a square pass to fire home his side’s third goal.

Conor Lenihan with a late penalty for Mitchels

With some ten minutes left on the clock, McDermotts needed to find some sort of foothold to get themselves back into the game and it came through Michael Hayden’s score from out on the right.

Powney’s free reduced the gap to two as a frenetic final few minutes ultimately went the way of McDermotts, the match's crucial moment seeing them take advantage of a bouncing ball over the Mitchels defence to release Dowling who slammed home a third goal for his side.

Dowling latched onto a Jack Hallahan pass to extend his side’s advantage before Chris Hayden soloed his way through the Mitchels defence to make it a three-point game. 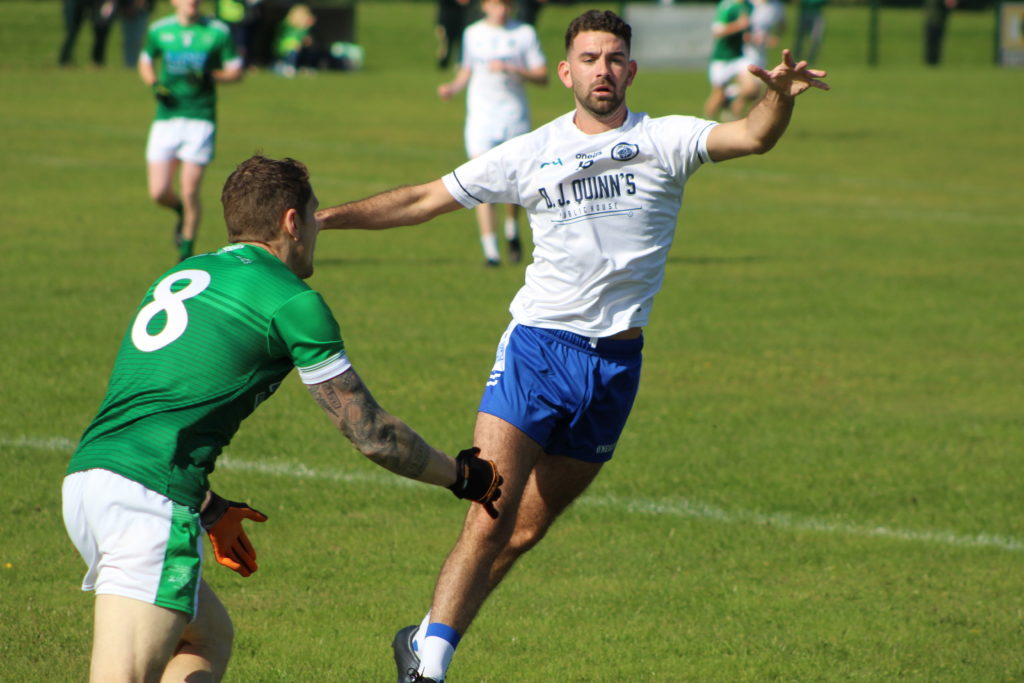 When Folan sent over his second point of the half it looked for all money that McDermotts had sealed the points but there was still time for a final twist when Mitchels were awarded a second penalty that was placed into the corner of the net by Lenihan.

Could Sunday’s close encounter be a forerunner to this season’s Warwickshire Championship Final?

The next few weeks will tell us as October looms on the horizon, for Mitchels that second automatic semi-final spot is still very much all to play for when they take on St Brendans this Sunday (throw-in currently set for 1pm at the Pairc).