In a compelling contest, the visitors survived a red card for defender Hugh Byrne and a brave McCurtains fightback to come out on top in this one. 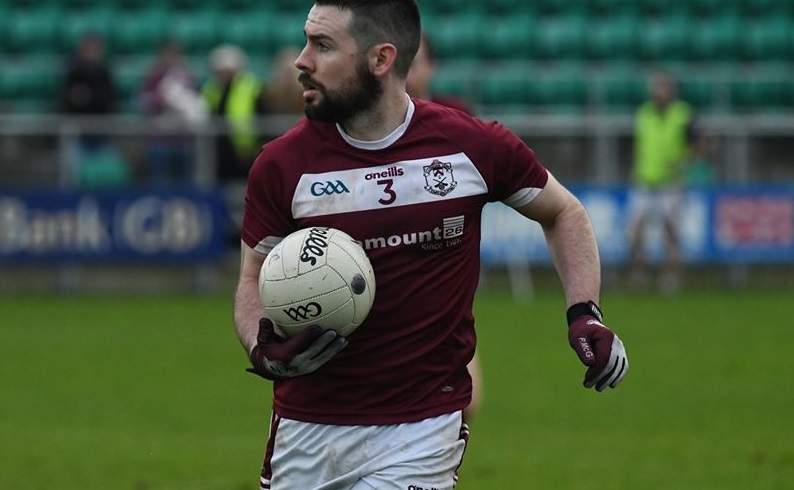 Patrick McGuigan's McCurtains lose out to Monaghan's Blackhill Emeralds but they can celebrate a fine year. Photo: Sheila Fernandes

Both sides had to deal with the blustery conditions and – as the fierce wind swirled round McGovern Park – it would become clear both teams would need to be risk averse and limit shooting from range.

The East Londoners grabbed the first point of the game through vice-captain Niall Coffey before a quick Blackhill attack caught the McCurtains’ backline out.

Referee Sean Mulvihill  awarded a penalty after spotting a foot block during a goalmouth scramble and Geehan stepped up to convert. The visitors took the lead and ultimately took hold of the game. Strong running from Ciaran Courtney and Jason Finnegan caused consternation for the McCurtains rearguard.

However Thomas McCurtains were not out of the contest and Coffey who would be his sides top scorer (0-7 5 f 1 45) to lead the way as he tried to steer his side back into the game. He was clinical with his free-taking but the rest of the Thomas McCurtains attack weren’t as sure footed In the second half, the Londoners stepped it up and substitute John Winters made an immediate impact when he came on from the bench.

McCurtains were aided through the points of Conor Murphy and the sub duo Winters and Colm O'Neill.

The sending off of Blackhill captain Hugh Byrne with less than 10 minutes to go gave McCurtains heart but the men in maroon couldn't find the final ball to raise a green flag and get themselves truly back into the game. With just seconds on the clock, McCurtains found themselves needing a goal, Coffey dropped his free into the danger zone rather than sticking the ball between the posts deep into injury time.

The ball was gratefully swooped on by the Blackhill defence who broke and with some neat work and a lovely one-two with his teammate, Geehan was able to grab his second goal and wrap up the win much to the delight of the massive travelling party from Monaghan.

In truth, the scoreline flattered the visitors but what a year it has been for McCurtains. Geraghty has his side in fine order and they can now prepare for the club’s century year top flight football.