With back to back European qualifiers away from home - for which, three of his starters are set to be missing - the next few days are looking like the biggest of Mick McCarthy’s second tenure as Ireland manager.

After three wins and two draws, Ireland sit top of Group D with 11 points. However, with a double header against Georgia and Switzerland on next Saturday (October 12) and Tuesday (October 15) McCarthy’s team are heading into a crucial stage in their quest to qualify for Euro 2020.

At the best of times, going away to Georgia and Switzerland looking for a result is difficult enough. But without Richard Keogh, who was injured in a car crash and ruled out for 15 months, and potentially, David McGoldrick (hamstring) and Shane Duffy (calf), too, the task has become a lot trickier.

For a start, all three have been first choice for the entire campaign. Indeed, up until now, Duffy and Keogh were McCarthy’s main partnership at centre-back. McGoldrick, meanwhile, has been one of, if not the, best player of the campaign, showing not only commitment to the cause but a touch of class at the top of the field - scoring an all-important late equaliser against Switzerland at the Aviva Stadium last month. 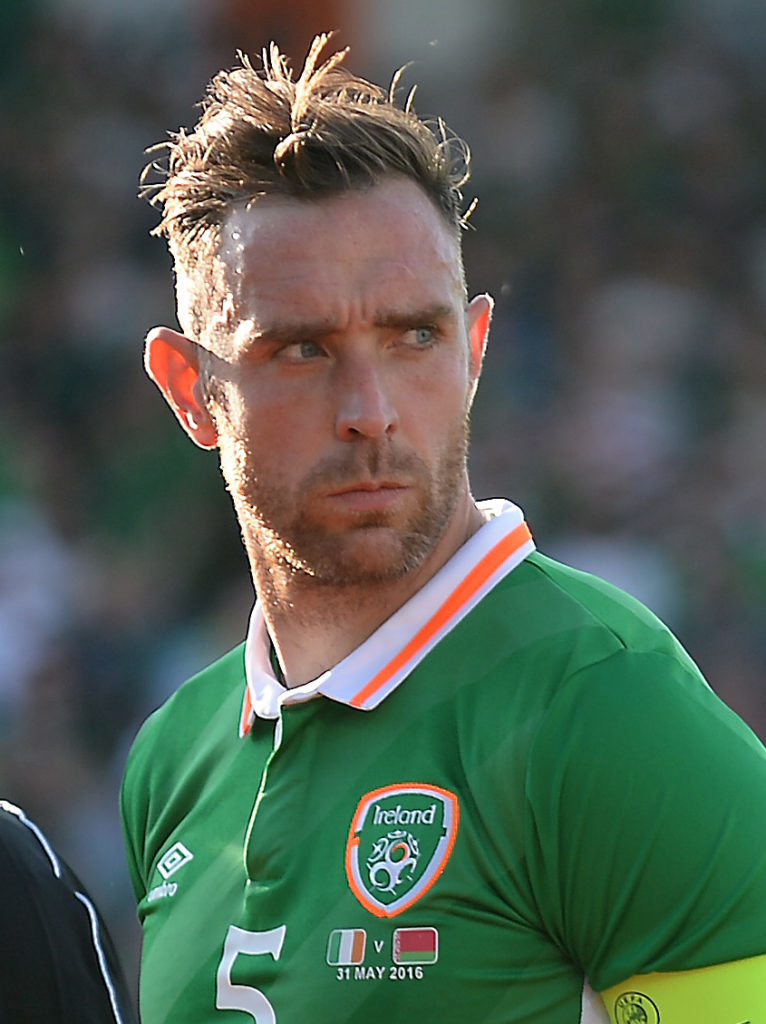 Ireland's Richard Keogh is ruled out for the season. AFP / CAROLINE QUINN/AFP/Getty Images)

His loss begs the question why striker Shane Long has, once again, not been named in the squad. While McCarthy’s right that players need to be playing week in week out to make the team, with Long coming off the bench for Southampton in the Premier League, surely, he at least deserves to be a substitute in the absence of McGoldrick.

At centre-back it seems almost certain that Sheffield United’s John Egan and Burnley’s Kevin Long will be drafted in if Duffy does not make it.

Fortunately, the former has been a revelation since making his debut in the Premier League for the Blades this season. The latter, on the other hand, has hardly featured for Sean Dyche’s side. Little wonder, then, that McCarthy is hoping Duffy can still play some part.

"When we played Georgia at home, he (Duffy) had a groin strain and could have missed the game but he told me 'I'm fine', and he was," said McCarthy.

"So, I've a bit of optimism about him, but I know what players are like. They want to play and will always give me the best case scenario. I like that from players. But until I get an absolute no from the him or the club, I'll retain that bit of optimism."

McCarthy will certainly have to make sure that his side doesn’t take Georgia, who keep the ball well and are physically strong, lightly.

After all, they drew with Denmark last time out and, in the previous World Cup campaign, held Ireland to a 1-1 draw. Hence, you can see why many believe that they are the best pot four side you can face.

Still, you would think Ireland need to win in Tbilisi if they harbour serious hopes of qualifying for Euro 2020.

A victory there would leave McCarthy and Co in a strong position heading to Switzerland, where a draw would not be a bad result at all. But dropped points in Georgia puts huge pressure on with Denmark breathing down their necks.