No gain without pain: End of the road for Kilkenny warrior Richie Power

AT the end of last October, Richie Power’s left knee was operated on for the third time in 2015.

Power spent ten weeks on crutches. When he visited a specialist in late December, he was prepared for bad news. He got better news than he expected. The Kilkenny legend had just turned 30 and still felt he might have time to get himself right.

Power probably knew since October that the inevitable was coming but, like every serious sportsman, he was holding out hope for a miracle.

“I kinda knew that this day was coming," he said. “It's not a decision I wanted to make but to have a quality of life going forward, the best decision was to give up inter-county hurling.”

Power revealed just how serious his knee problems are; no cartilage left in his left knee; six surgeries since he was 16; three scopes in the space of six months last year. "When you look at it that way, there is only so much a knee can take.

It’s only recently that Power began to get full mobility back. He is still walking with a slight limp. He will have to teach himself to walk properly again. Rehab is a consistent theme of his life.

A knee replacement is a real possibility. “I’m trying to minimise the damage and live as normal a life as I possibly can,” said Power. “If it means surgery down the line, I'll face that when it comes."

The battle he had waged with his left knee for 14 years was finally over. In 2014, Power damaged the posterior cruciate ligament in that knee, which sidelined him for the guts of six weeks.

Power recovered and played a massive role in Kilkenny’s All-Ireland success, scoring critical goals in the All-Ireland semi-final against Limerick, and both drawn and replayed deciders against Tipperary. 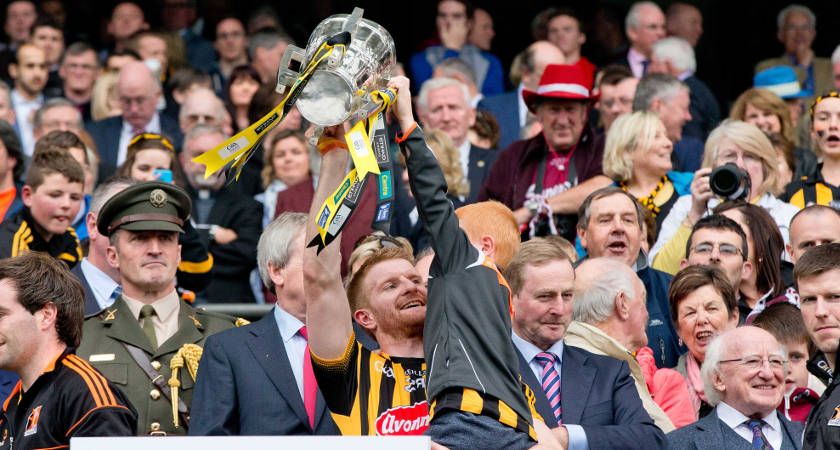 Richie Power and son with the Liam McCarthy Cup last September [Picture: Inpho]
The problems with his knee though, never cleared up. Last January, he had surgery on his left knee for the fourth time in his career. After continuing to suffer cartilage problems, he had a scope again in July.

Power’s championship action last summer was limited to just 13 minutes, a cameo appearance in the closing stages of the All-Ireland final.

He tried to keep going but his body was clearly beginning to bend under the load and the strain. Mentally, the struggle was just as difficult. Throughout 2014, his knee swelled with fluid anytime he trained.

The fluid could be drained. Injections could help deal with the pain. Winning his eighth All-Ireland provided another antidote to the physical suffering but how much longer could Power keep that up?

After the All-Ireland final, he returned for club duties with Carrickshock. The pain never abated. The suffering got worse when, two years after narrowly losing the county final to Clara, Carrickshock were relegated to Intermediate. Power hasn’t ruled out a return to club action – maybe as a goalkeeper – but his days of weaving magic on a hurling field look over.

He was always destined to be a star. A brilliant captain of the All-Ireland minor winning team in 2003, when he won his second All-Ireland Colleges medal with St Kieran’s the following year, Power looked like a senior playing with kids. Later that summer, he was invited in to train with the seniors.

He made his debut in 2005 and was firmly established by 2006. Yet getting dropped for the 2007 All-Ireland final was proof that Brian Cody still wasn’t convinced Power was in the place Cody wanted him to be.

Once he accepted that reality and crossed that threshold in his mind, Power went on to become the brilliant player everyone in Kilkenny always expected him to be.

In a Kilkenny forward line loaded down with talent, Power had more natural gifts than anyone; vision, brilliant first touch, an excellent ball-striker, great predatory instincts, strong and assertive in the air, accurate and clinical.

There were stages of his career when Power easily fitted into a category of the best half-dozen forwards in the game at that time. 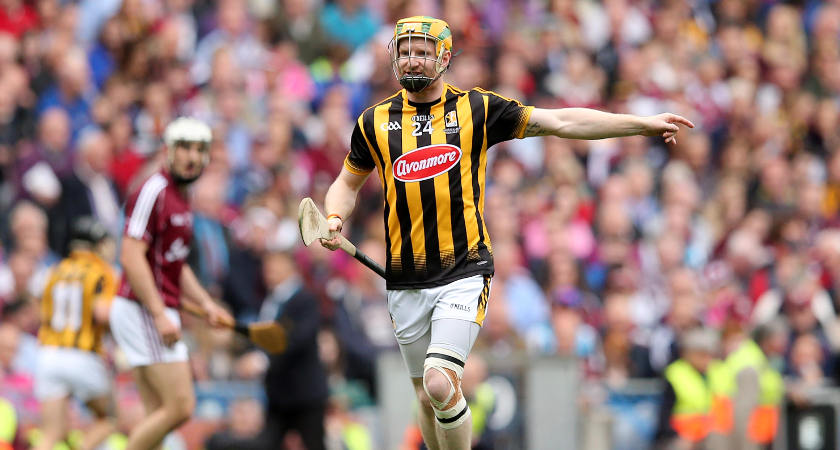 Richie Power finished on a high note, his last Cats appearance coming in the 2015 All-Ireland final [Picture: Inpho]
Given the state of his knee, he couldn’t have gone on for much longer. News of his potential retirement has been doing the rounds in Kilkenny for some time now but, like any elite and ambitious sportsperson, Power may also have been seeking to delay that day for as long as he could, to keep managing the pain as much as possible.

In an interview in December, Power said he was “absolutely and definitely” desperate to win a ninth All-Ireland medal in 2016.

It’s possible that he may have had second thoughts about dealing with the added pain the grind would bring, about the long-term knee implications with committing to another year.

Or maybe the decision was made for him. With such chronic injury, and spending so much time out in 2015, perhaps Brian Cody thought that Power was no longer in his plans going forward.

In Cody’s time, he has always got those big decisions right. He could see when big players were finished before those players were willing or prepared to accept that reality. And in Kilkenny, Cody’s opinion is all that has ever mattered.

Power is another brilliant Kilkenny player to have retired in recent years. He joins the pantheon of greats gone before him but, with Cody firmly at the wheel, the Kilkenny bus keeps driving relentlessly forward, no matter who is on it.