For Ireland’s women’s hockey team, these are the games to mark their arrival on the Olympic stage.

The team qualified for the Olympics in November 2019, beating Canada in a penalty shootout to send them through to Tokyo.

But one of the squad members, defender Elena Tice, has already had one of the most varied careers in Irish sport.

A dual international in both cricket and hockey, she is excited about the prospect of representing Ireland as the long-awaited games kick off later this week.

“Its been incredibly exciting, we qualified back in November 2019, so obviously with the games being delayed last year, we had a lot of time to sort of prep,” she admits.

“It almost feels surreal that we’re the first Irish female team to go to the Olympics, the whole nation will get behind us,” she added.

The Olympics were called off in March 2020 as the Covid-19 pandemic took hold across the globe.

Japan’s hopes of staging a competition this year where crowds would come to life again were dashed last month as another state of emergency was declared in Tokyo that would last throughout the competition period.

As a result the games, which begin on July 23 and run until August 8, are being held behind closed doors, with no fans permitted to attend.

It’s a disappointing turn of events for the hockey team, Tice admits.

“It’s something we’ve been aware of probably since the very beginning of the pandemic, we train at home all the time with the crowds there and play a lot of practice matches,” she explained.

“It’s disappointing that you would love to have your family in the stands and you want that for them as well.

“So, no doubt we will miss having our nearest and dearest there and obviously the Irish support is incredible and we’ve seen that in the World Cup.”

For Tice, the Olympic Games represent a landmark moment within her career, having first represented Ireland in cricket, making her debut when she was just 13 years of age. 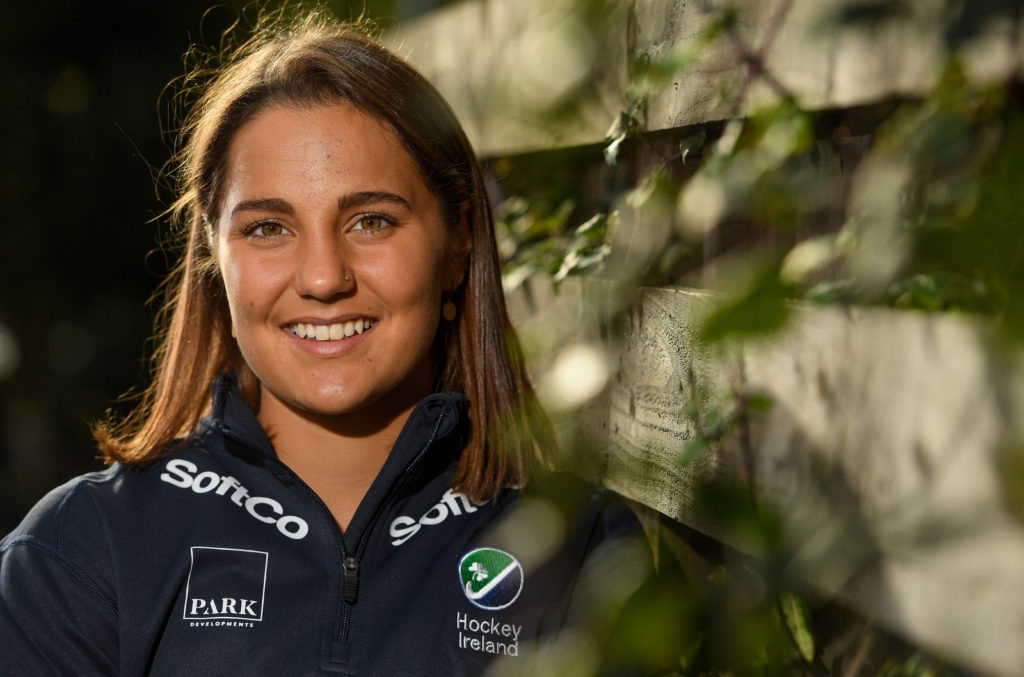 Elena Tice is confident ahead of the Games kicking off on Friday, July 23

Her cricket career saw her win 60 caps for her country which also included travelling to Bangladesh for the 2014 ICC Women’s World Twenty20.

Speaking on the parallels between the two sports, Tice said: “I learnt from a young age about how to carry yourself in a team environment, how to work hard, how to maintain discipline.

She added: “In terms of transferable skills, cricket is one big game of hand-eye coordination and hockey isn’t too different, especially the position I play.

“Equally, I have learnt about how to thrive in a team environment off the pitch as well as on it.”

Ireland’s group at the Olympics include the likes of Great Britain, India, Germany, South Africa and the Netherlands.

The Netherlands is the number one ranked team in the world and beat Ireland in the final of the Women’s Hockey World Cup in 2018 in London.

“They’re an unbelievable side, we will relish the challenge of going up against them and hope to go out a give a good performance but I think other games are going to be our target games,” Tice said.

In a career that has seen Tice represent her country at both cricket and hockey, winning a gold medal at the Olympics would top it all for her.

“I can’t even put it into words, it would be the biggest sporting achievement in my life and would be unbelievable for Irish hockey.

“It would change the face of the game here, there is something special about the Olympics which is quite hard to put your finger on it.”

Hopefully by the end of the Olympics, Ireland’s women's hockey team can deliver gold.

On Saturday, July 24 Ireland play their first match against South Africa in the group stage. They then go up against the Netherlands on July 26, Germany on July 28, India on July 30 and Great Britain on July 31.