Share this article:
JIM GAVIN has been speaking for the first time since his departure as Dublin Senior Football Manager, after picking up the Signify Sports Manager of the Year award in Dublin last week.
He became only one of just five people to receive the accolade more than once, having previously received the prestigious honour in 2013.

Gavin said he had 'no regrets', after stepping away from the role, which saw him help guide Dublin to six All-Ireland wins, including a first ever five-in-a-row; Seven Leinster titles, and five Allianz Football League Division 1 titles, including a four-in-a-row.

Dessie Farrell, who won the 1995 All-Ireland with the Dubs against Tyrone was confirmed as the Clondalkin man's replacement yesterday evening.

"I gave it my all for as long as I could, and I'm just really excited now for 2020, excited for the team and to see what will happen with them," said Gavin. 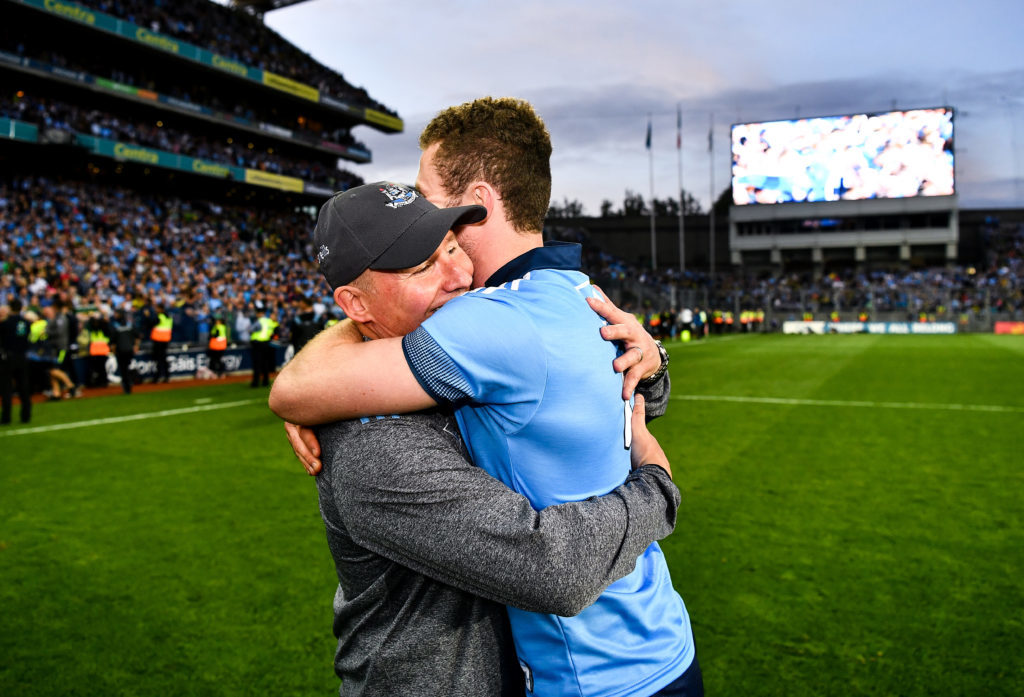 It was believed he would stay on for 2020, but Gavin said it was important to consider everyone concerned, before making the decision to step away.

"After every campaign, after every Championship run, you have reflect upon the season that's gone. I took that time to deliberate what's best for me, for my family, for my work, and also for the football team as well," he said.

"I suppose the conclusion that I came up with at the end was that what was best to allow the team to be in the best space to grow again was for me to simply hand the reins on."

Along with an seven-year stint as Dublin Senior Football Manager, Gavin was also previously involved with the Under 21's, and says he hugely enjoyed his time in the Bainsteoir bib.

"I've been involved for twelve years as a manager of Dublin football teams. It's been a massive part of my life, I've loved every moment of it," he said. "I had a great journey, great times, worked with a phenomenal and exceptional group of players.

"I'm just really honoured for them to have been able to share my coaching and managerial term with me. I've been surrounded by a great management team, fantastic management team who support me really, really well, and help create an environment for the players to feel their best.
"I'm honoured to hand it over to someone else. I'd no issue giving the time I gave. One's life is defined by the choices you make.

"I've gotten very busy professionally in aviation, I love what I do in that.

"I volunteered my time, I put my name forward, I was selected many years ago by the panel, and I'm really proud of being involved with it.

"I won't have any regrets, that is for sure. I gave it my all for as long as I could. I'm just really excited for 2020 and excited for the team and to see what will happen with them."