Dubliner Kimmage, a former professional cyclist who lifted the lid on widespread doping in the sport with his 1990 book Rough Ride, spent much of his subsequent journalism career pursuing Armstrong.

The American repeatedly refused to speak with Kimmage, whose suspicious attitude finally proved accurate in 2013 when the cyclist admitted using performance-enhancing drugs throughout his career.

Although it wasn’t Kimmage who finally brought Armstrong to his knees, the Irishman played a big part without ever getting his much-sought one-on-one interview. 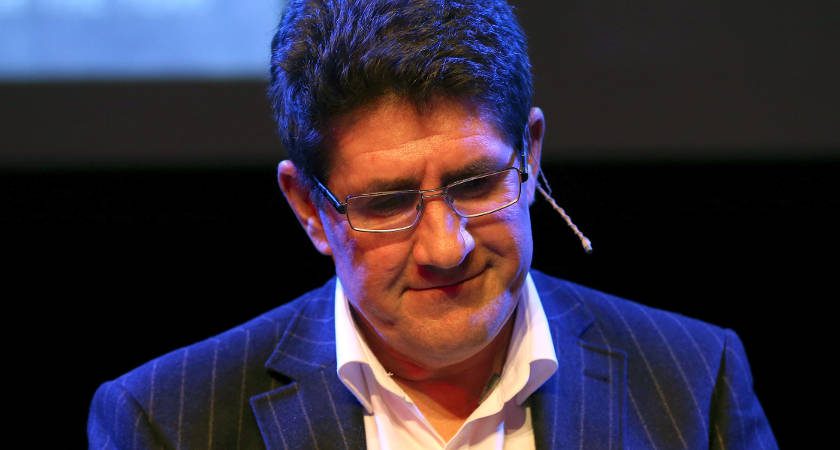 Award-winning Irish journalist Paul Kimmage [Picture: ©INPHO/Billy Stickland
That opportunity finally arose on Tuesday night when Armstrong offered to do a public interview with Kimmage at One Zero, a sports and technology conference to be held in Dublin on October 21.

Armstrong, who admitted cheating in each of his seven Tour De France wins between 1999 and 2005, is due to attend as a guest and has already agreed to do an interview with Brazil-based Irish journalist Ewan MacKenna at the event, but called out Kimmage on Twitter as he prepares to visit his hometown.

Hey @PaulKimmage, here's a thought. How about you and I do the interview @OneZeroCon?

However, unmoved by the proposal, Kimmage responded with a dig at Armstrong and the journalists who refused to question him on substance abuse in the past, whilst also suggesting those involved should honour the agreement with MacKenna.

@lancearmstrong @OneZeroCon You're confusing me with one of those muppets that used to dance to your tune.

@lancearmstrong But I'll answer you, although I'm not sure you deserve it. Will I sit diwn with you? Absolutely. But not on these terms

It would seem Kimmage still has interest in quizzing Armstrong after all these years, but perhaps not before an audience, as Armstrong has suggested.

McKenna, meanwhile, has offered to step aside to let his compatriot speak with Armstrong at One Zero, while event organisers seem keen to make that happen.

Seems @lancearmstrong wants @PaulKimmage, not me, according to his account. History is there. Best of luck to them. Happy to step aside.

However, Kimmage is refusing to be coaxed into a situation he’s uncomfortable with.

@PaulKimmage Agreed on Ewan. Fine journalist. As are you. Let's at least talk, no preconditions, just a chat about what might be possible.

Sports fans across the globe are now eagerly awaiting further developments to see if anything can come of it.