ANGE POSTECOGLOU said there will be no let up from his Celtic players despite all but securing the title with a 4-1 win over Hearts.

Celtic are nine points ahead of nearest rivals Rangers, who have three games left to play.

However, the Hoops' superior goal difference means the title is all but secured, even in the unlikely event they were to lose their two remaining games.

There seems little chance of that happening, however, with Postecoglou telling Celtic TV after the game that he wants his players to cross the finish line 'at full speed'.

"I said to the players before the game that there are many ways to hit a finish line," said the manager.

"We want to hit it at full speed going through and that’s what we showed today and that's what we want to do in the next couple of games."

Celtic travel to Dundee United on Wednesday before hosting Motherwell next Saturday as they seek to extend their 30-game unbeaten league run.

However, they were given a scare early on against Hearts after Ellis Simms' neat turn and finish on the half volley after just three minutes at Celtic Park.

Far from panicking, Celtic retained their composure as they patiently sought an equaliser with well-worked build-up play.

They came up against formidable former Hoops stopper Craig Gordon, who denied first David Turnbull and then Kyogo Furuhashi. 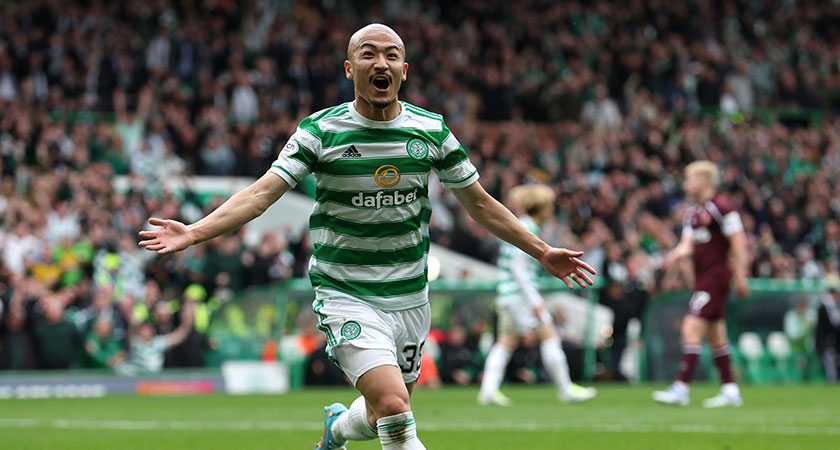 Matt O'Riley then saw a goal-bound effort headed away by Stephen Kingsley.

However, the hosts continued to ratchet up the pressure and got the leveller when Jota squared for Daizen Maeda to slot home after 30 minutes.

Celtic took the lead seven minutes later when Jota nodded O'Riley's cross back across goal for Kyogo to head home.

The impressive O'Riley struck the post on the hour mark as Celtic pressed for a third but he was not to be denied. 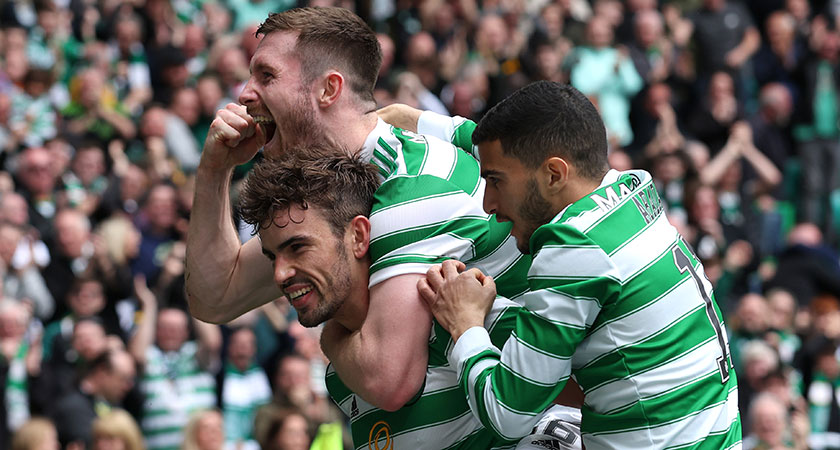 Shortly after, the unmarked midfielder first controlled Greg Taylor's cross into the box before curling an effort beyond Gordon.

Gordon parried Reo Hatate's goal-bound effort with the ball eventually falling to James Forrest, who pulled it back for Giorgos Giakoumakis to rifle home.

Postecoglou praised his players for their response to going behind as they extended their unbeaten league run.

"We fell behind early on which hasn't happened often on this run but I was in no doubt what the reaction would be," he said.

"I'm sure a lot of people were trying to see what it would do to us but I'm really proud of the players.

"Credit to them, they don't miss a beat, they don't lose belief in what we're trying to do and I thought the football after that was outstanding."