MARTIN O’Neill kicks off Ireland’s Euro 2016 qualifying campaign in Georgia on Sunday with hopes of securing a win in his first competitive game in charge.

In the wake of their 2-0  friendly victory over Oman - only their second success under O'Neill - assistant manager Roy Keane has admitted that the Boys In Green lack - and have always lacked - real high calibre players, the sort that regularly play Champions League football or line out for the big English clubs.

There are, however, several potential young stars coming up through the ranks in the Premier League at clubs such as Arsenal and Aston Villa that could qualify for Ireland with Jack Grealish one of the names on everyone's lips.

So, if Ireland really want to establish themselves as a competitive force in future tournaments O’Neill will need to act promptly in fending off the interests of the English FA and recruiting the services of these youngsters, most of whom qualify to play for Ireland through the “granny rule.”

Here’s a look at five future prospects that could escape O'Neill's grasp... 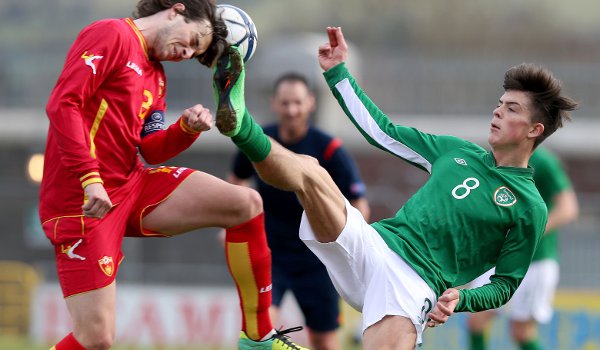 Jack Grealish is one of Ireland's brightest prospects (Photo: Getty)

Grealish is tipped to emerge as one of the hot prospects in the Premier League this season as he seeks to secure a regular first team place ahead of the young Irish contingent at the club.

Making his first start for Villa in their 1- 0 Capital One Cup defeat against Leyton Orient last week, he is also drawing the attention of England, who are keen to award Grealish his first senior international cap.

With the teen yet to make a decision and the FA hot on O’Neill’s heels, the opportunity to award Grealish a place alongside the likes of Seamus Coleman and Aiden McGeady has to come sooner rather than later.

The Villa midfielder qualifies for Ireland through his father Kevin who is from Dublin, and first played for the Boys In Green at the age of 14, before going on to win caps from U15 to U21 level. He is currently on duty with Noel King's U21 side in Germany for the UEFA U21 Championship Qualifying campaign.

With Keane overseeing Grealish at Villa, O’Neill in direct contact with the youngster’s father, and Villa goalkeeper Shay Given admitting that he’s encouraged Grealish to declare for Ireland, there is a fair chance that Ireland could have their man in the not so distant future. 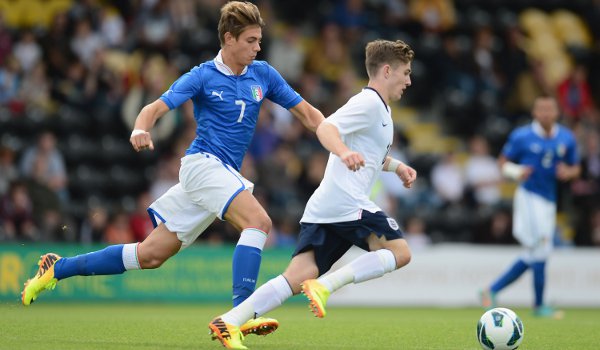 Daniel Crowley could switch his allegiance back to Ireland in the future (right) (Photo: Getty)

2.  Daniel Crowley (Arsenal)
Dubbed the “new Jack Wilshere” and regarded as one of the most highly-rated young players in English football, 17-year-old Daniel Crowley is a player for the future. The young Gunner signed his first professional contract this summer and his playing style has been compared to the north London club’s very own first-team regular.

The midfielder – who previously played for Aston Villa – represented Ireland at U15 level before switching his allegiance to England for the U16 and U17s around the same time he left Villa Park and headed to the Emirates.

Roy Hodgson and Wilshere have both publicly sung the praises of the teenage playmaker, backing the youngster to represent England in the future. Crowley has not represented England competitively at senior level so is still eligible to play for Ireland through his Waterford-born grandparents, and judging by his previous involvement in the GAA, his Irish connection suggests that he could return to his roots for the senior side.

Crowley’s close relationship with fellow Gunner Wilshere could be a concern for O’Neill, however, as the youngster could be influenced to follow in his and Theo Walcott's footsteps.

But, the young star has himself stated that he would never rule out playing for Ireland at senior level with the uncertainties that surround the game. The Ireland boss could benefit from the youngster’s seat on the fence and draw him into the team with the prospect of regular first team action. 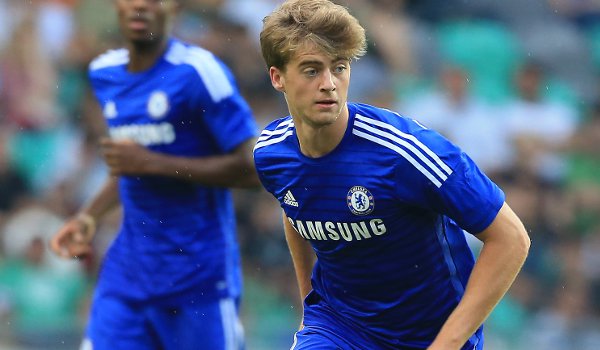 Patrick Bamford may have only lined out for Ireland once before at U18 level but he could be pursuaded to join the senior team in the coming years (Photo: Getty)

With a strong strike record, it’s no surprise that the Grantham-born youngster has represented England at U18, U19 level and was called upon by Gareth Southgate to play for the U21 squad last year after impressing whilst on loan with MK Dons.

Interestingly, he’s also played for Ireland’s U18 team once, qualifying through his grandparents. U21 boss Noel King is believed to have been interested in persuading Bamford to switch back to the green jersey, and it’s a scenario that is not too unlikely given his previous outing for Ireland. 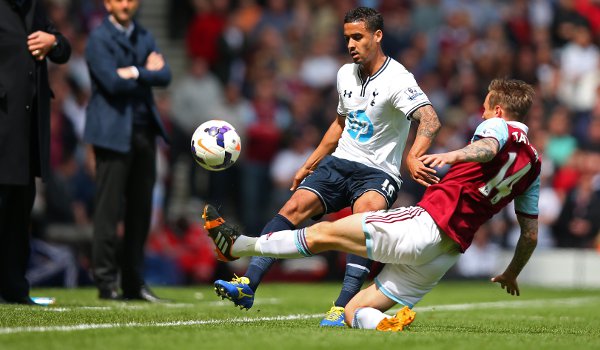 Kyle Naughton is already a regular in Spurs' first team but he failed to do the same for England - he's a potential target for O'Neill given his Irish roots (Photo: Getty)

4. Kyle Naughton (Tottenham Hotspur)
Spurs defender Kyle Naughton has previously caught the eye of O'Neill, who may decide to pick up the recruitment drive where Giovanni Trapattoni left it.

The 25-year-old was scouted in his youth by both Ireland and England after impressing at club level, but he but he decided to represent the latter. The Sheffield-born player enjoyed his breakthrough season in 2012-13 when he started 13 Premier League games.

At national level he decided to represent his country of birth and featured for the U21 side in friendly games, but his attempts to break into the senior squad were unsuccessful.

At present, it seems very unlikely that Naughton will receive an England call up, so he could be a potential target for O'Neill should he be interested in securing another defender. 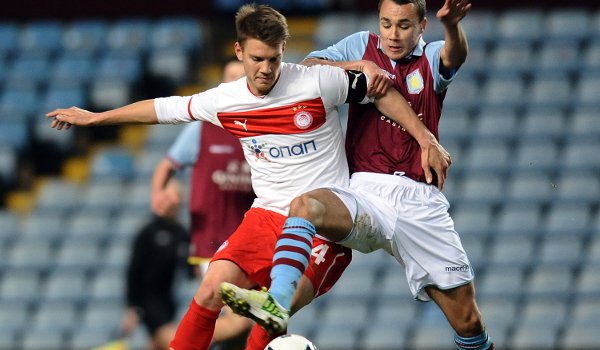 5. Graham Burke (Aston Villa)
Talented Dublin-born striker Graham Burke is one of the leading contenders for first team action amongst his fellow countrymen at Aston Villa.

The 20-year-old broke into the senior squad during the 2012/13 season and has been an impressive force in front of goal. He first made his presence known to the club’s fans during a great pre-season friendly against Walsall the previous year.

As one of Villa’s strong Irish talents, Burke has continued to impress by scoring regularly and with the power that he uses to drive his shots. On the international stage the forward made his first appearance for Noel King's U21 side in a friendly match against Portugal last year, and has since tried to establish himself as a regular call up.

He didn't feature in the last friendly game against Qatar, and as he continues to try and make a name for himself over the coming years Burke could potentially set his sights on a future with England.

It’s not something that he has publicly discussed, but according to FIFA rules the youngster could qualify for the Three Lions via the residency rule. He has been in England for two years since joining Villa, and in another three he could line up for the country should he receive the call.

If he doesn’t break into the Ireland senior team and feature in a green shirt in a competitive fixture, there’s nothing stopping the youth prospect from escaping O’Neill’s sights and wearing white instead of green in Euro 2020.

It’s a long-shot, but still possible.