IT IS  Game Number Six in Group A of the 2023 FIFA Women’s World Cup Qualifying for the Republic of Ireland as they take on Georgia in Gori on Monday evening. This is a rearranged fixture from September 17, 2021, when COVID restrictions were in place. It was agreed that Ireland would host Georgia on November 30, 2021 (which they won 11-0) and then travel to Georgia in June, 2022.

After completing a 10-day training camp in Antalya, Turkey – which included a 1-0 win over Philippines in an International Friendly – Ireland arrived, via a chartered flight, in Tbilisi, Georgia on Saturday evening. The squad will be based in the Georgian capital before travelling to Gori on match day, where they are targeting three points that would elevate them up to second place in the Group with two games left to play.

This will be the second meeting between Ireland and Georgia at senior women’s level, with the last game ending in a record 11-0 win for Ireland

In the latest FIFA Women’s World Ranking update, Ireland moved up to 27th – equalling their highest ever position, first achieved in 2008.

TEAM NEWSAll players are fit and available for selection.QUOTESRepublic of Ireland Manager Vera Pauw"We have a full squad to choose from, with no injuries, and that is a huge credit to our backroom staff because players came in from different situations regarding their fitness and whether they were in season or in pre-season. But we have worked hard to build up their fitness during a training camp in Turkey."We feel that we are ready for this game against Georgia. It is a very important game for us with the three points being our target. We know what we have to do and we will have a game-plan that will take everything into account."People should not expect the same situation from when we played Georgia last year because they were missing some players and they are also playing at home in this game. But we are ready; we have trained hard, prepared well and we will go out to win the game." 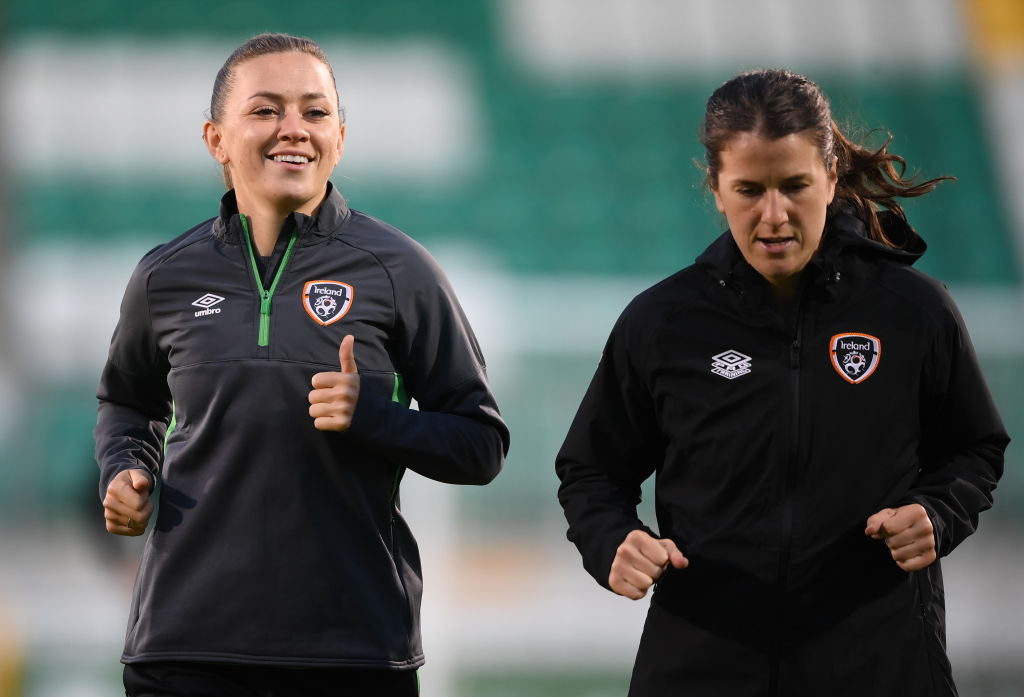