Baku , Azerbaijan - 9 October 2021; Callum Robinson of Republic of Ireland celebrates after scoring his side's first goal with team-mate Adam Idah, right, during the FIFA World Cup 2022 qualifying group A match between Azerbaijan and Republic of Ireland at the Olympic Stadium in Baku, Azerbaijan. (Photo By Stephen McCarthy/Sportsfile via Getty Images)

SHEFIELD UNIITED defender John Egan has lept to the defence of teammate Callum Robinson after the forward explained his reasons for not taking the vaccine this weekend.

Egan said he was he was “ disappointed how many people “jumped down the throat” of the former Blades striker after he revealed he has not been vaccinated against Covid-19.

I suppose first and foremost, Cal was asked a question and gave an answer said Egan, who captained Ireland in Saturday World Cup qualifier against Azerbaijan – which saw Robinson score twice in a 3-0 victory and celebrate, perhaps pointedly, by putting his fingers in his ears.

He didnt come out and say he was against the vaccination or anything, so I was quite disappointed to see how many people jumped down his throat. 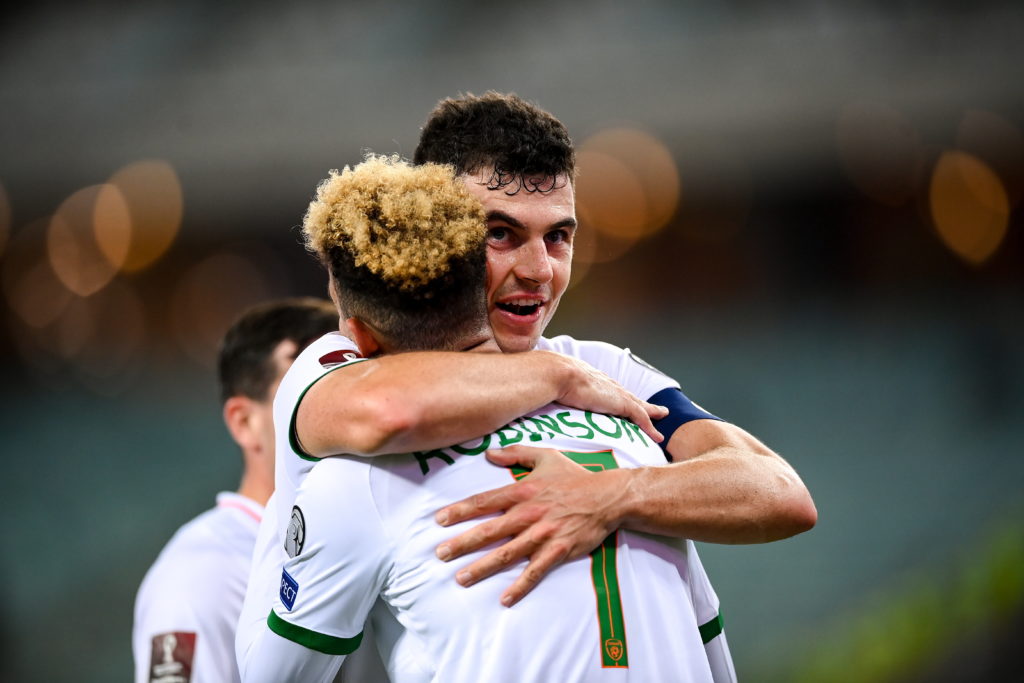 The vaccine controversy comes after Robinson remarked he hadn’t taken the vaccine in a press conference last weekend. The forward received harsh backlash from the Irish media for his stance toward the vaccine and had to defend his choice.

I just havent, I just havent done it, he said, according to the BBC. I think its your personal choice and my choice at this moment in time, I havent been vaccinated.

I know, as you said, there are managers and people that will want you to do it, which is right in their way, the way they think, but everyone has their choice on what they want to do. I wouldnt
force people to do it, its your choice and your body.

Robinson scored a brace in the 3-0 win over Azerbaijan and will look to add to his tally when the Republic play Qatar in the Aviva Stadium tomorrow tonight.