IF YOU asked a snooker fan how Ronnie O’Sullivan was able to win a record-equalling five world ranking titles last season, they'd probably tell you it’s because he’s a genius and the greatest player to ever play the game.

Both statements are true. But O’Sullivan believes the reason he achieved something that is beyond most players – never mind one who’s more than 25 years into his professional career – is because he started eating healthily.

'The Rocket' said so himself in July 2018 while cooking a Thai curry on Facebook Live alongside Rhiannon Lambert, the Harley Street nutritionist who he says has "re-educated him" about food.

"Before I met Rhiannon, I was playing well enough, but I was running out of steam," O’Sullivan tells Betway.

"I got tired because I was eating bad food. But once I started working with Rhiannon, I started eating differently." 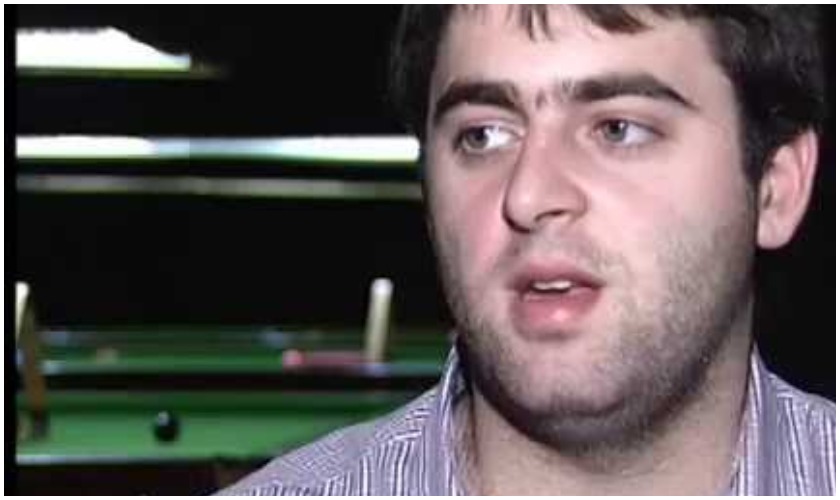 Lambert’s website explains that 'keeping nutrition simple is the easiest way to maintain a healthy lifestyle', and her recipes left O’Sullivan feeling "more energised" and "alert" during matches.

"I’m getting 100 per cent out of myself now, whereas before I was probably getting 85 per cent of myself," says O’Sullivan, who won just one ranking event the previous season.

"I think the difference between winning two tournaments a year and winning five is them moments where I was able to see the match through the end without feeling like I wanted to go and have a kip."

The 42-year-old’s explanation is not as romantic as the tale of a genius who can pitch up to any event and win it, irrespective of whether he has been practising or not.

That's why those who have followed his career – some for more than a quarter of a century – are reluctant to believe it. He did win plenty of titles eating whatever he wanted, after all.

"I think most people think I was born with a cue in my hand and that when I get on the table it’s all a piece of cake," he adds. "But that’s not the reality. I have to work hard.

"There’s other top players. They’re so slight, but to make those gains on your opponent takes so much hard work and preparation. They make the difference between winning 6-4 and losing 6-4." 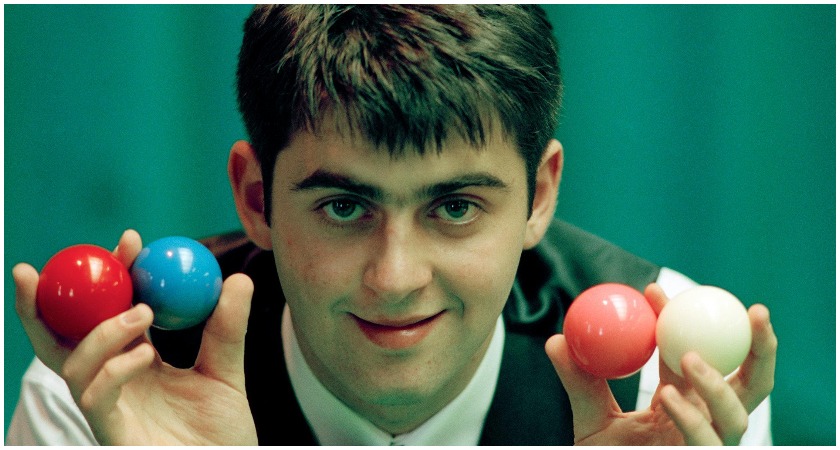 The 42-year-old has spent over a quarter century at the top of his game (Image: Getty)

Ronnie, who describes healthy eating and fitness as his "main passion", first met Lambert in July 2017.

"I was her guinea pig, really. I bought totally into it and it made a massive difference to my life. I’ve learned how to put better nutrition into my body."

O'Sullivan cooks every day when he’s at home and does so in batches. "I like to train, I like to go to the club, so I don’t want to be around a stove all day," he says.

"Everyone’s got busy lives, so it’s good to have food prepped and ready to go – plus you save yourself a few quid."

Healthy eating is harder to maintain when on the road competing in tournaments – "I’ll always take stuff with me… snacks like a jar of peanut butter, some rice, some tuna" – although he says the food in Thailand and China, which host several tournaments a year, as "incredible – some of the best I’ve ever eaten".

"I think the UK’s probably the worst place I’ve ever been for food," he continues, unprompted. "It really is. I see what some places serve up and I just think: 'Wow. No wonder we’re not producing great athletes'.

"You look at other countries, what they eat, and it’s fresh, proper grub. I think it makes a huge difference to your development. I travel in Europe a lot, to places like Bulgaria and Romania, and even there the tomatoes taste different, the cucumbers taste different.

"In the UK, it’s quantity over quality, and I’m trying to avoid being part of that system." 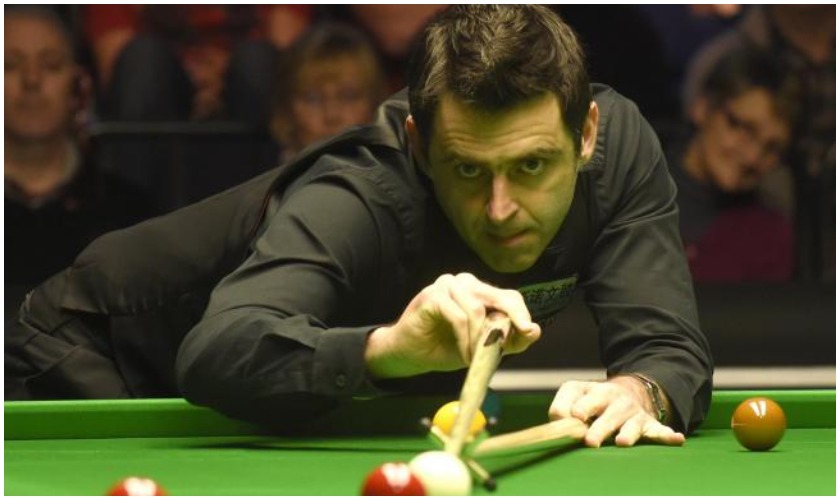 The sporting icon wants to help other people avoid being part of it too, which is why he and Lambert will release a health and fitness book, Top of Your Game: Eating for the Mind and Body, in December 2018.

"I meet a lot of people who are trying to lose weight," he explains. "But they’re making decisions on food by reading food labels that say low in fat but are actually caked in sugar and certain stuff that’s worse than fat.

"That’s what Rhiannon done for me. She re-educated me. I’ve been fast-tracked in a way, and I think it’s nice to be able to pass that on. People want to be able to make proper decisions."

Ronnie’s other passion is running. Unlike healthy eating, however, he doesn’t believe it has improved his snooker.

"You don’t really have to be fit to be a snooker player," he says. "If you eat well and play snooker, you’ll be absolutely fine.

"I just done it because it was a good outlet for me. I had quite an addictive nature, so I thought: 'Well, if I’m going to be addicted, I might as well get addicted to something that’s really good for me.'

"That was running, keeping fit and training. At least if I am going to over-do it on something, the worst that’s going to happen to me is that I end up with a few sore calf muscles, or my shoulders are a bit tight."

Or a damaged heel, which O’Sullivan currently has. It’s not stopping him from exercising, but he is likely to need surgery if he wants to perform at his best again. 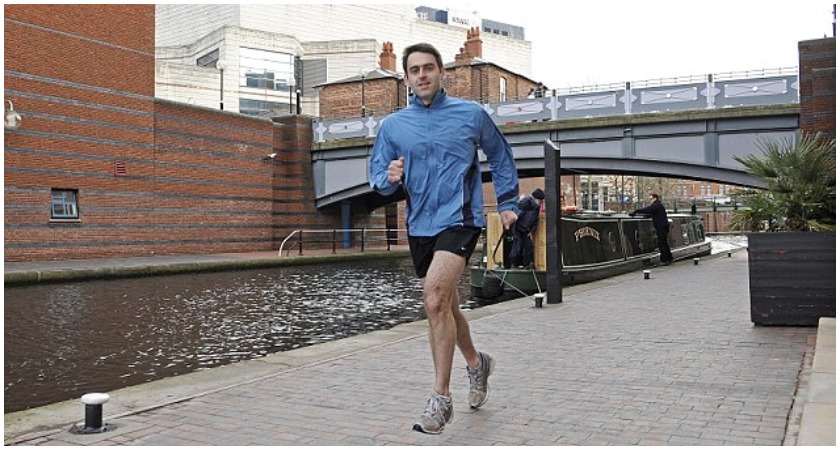 Running has become a passion of O'Sullivan's in recent years (Image: File)

He completed a "great" Park Run two weekends ago and finished the 5km course in 20 minutes, a time he describes as "useless". It’s not, but it is some way below his record of 17 minutes and 9 seconds.

"I want to get back that to that. But to do that I’ll probably have to get my foot done. I’ve convinced myself I’m going to have the operation, so it’ll mean three or four weeks in a boot ‘til it heals properly."

But with snooker’s glamour events still to come, any extended absence will have to be carefully planned.

"I might just wait ‘til after the World Championships or after the Masters – I don’t know," Ronnie says. "I do know it’s something worth getting done."

Being "where I want to be, when I want to be" is important to O’Sullivan at this stage of his life, of which snooker remains a huge part.

O’Sullivan’s role as a pundit for Eurosport, which often means he provides analysis on tournaments he is also competing in, complicates that relationship further.

"That’s my problem," he says. "I love doing it. I love sitting there with Jimmy White and Neil Foulds. I love the crew at Eurosport – there’s no pressure. And I get to talk about a subject that I’m quite knowledgeable on.

"It’s a dream job, really. But then I’ve got my other head on, thinking that I want to be competing and doing the best at snooker, so… I don’t know."

O’Sullivan relishes playing in exhibitions as "they take me back to my early days" and plans to keep playing competitively until that desire "goes, really". He says he’ll head to York for the UK Championship, which at 12 days is snooker’s second-longest event, and "give it my best".

Providing he eats and plays well, you suspect O’Sullivan’s best will be enough to ensure he claims yet another ranking title.

This article was written in collaboration with Betway