ROY KEANE has lashed out at Paul Pogba following France's staggering elimination from Euro 2020 at the hands of Switzerland last night.

Just when you thought nothing could follow Spain's stunningly entertaining 5-3 extra-time victory over Croatia earlier in the day - which resembled more of a Olympic ping-pong match once the full-time whistle blew - France and Switzerland produced the shock of the tournament, and didn't skip on the entertainment either.

Pogba's exquisite 30-yard curler, Hugo Lloris's penalty save followed by an immediate Karim Benzema goal and a last minute Switzerland equaliser only begin to describe the drama in this utterly nail-biting frenzy of a game, which finished 3-3.

The Swiss dumped the tournament favourites out on penalties courtesy of goalkeeper Yann Summer who saved France's fifth spot-kick, taken by none other than boy-wonder Kylian Mbappe.

Mbappe was tipped to light up the tournament, but he flies home having failed to find the back of the net once, and amid rumours of a rift with teammate Olivier Giroud, the identity of France's latest scapegoat is all but sealed.

Keane however, has another player in mind.

Despite the press salivating at his impressive performances throughout the tournament, and in spite of his fabulous second-half wonder-goal, the Irishman hit out Pogba, criticising the Manchester United midfielder's "immaturity", and the manner in which he allowed Switzerland to creep back into the game when the French had a two-goal cushion.

"I'd be looking at the goal they conceded in injury time, where he was really sloppy in midfield. That's the bit I would be critical of," Keane said on ITV. 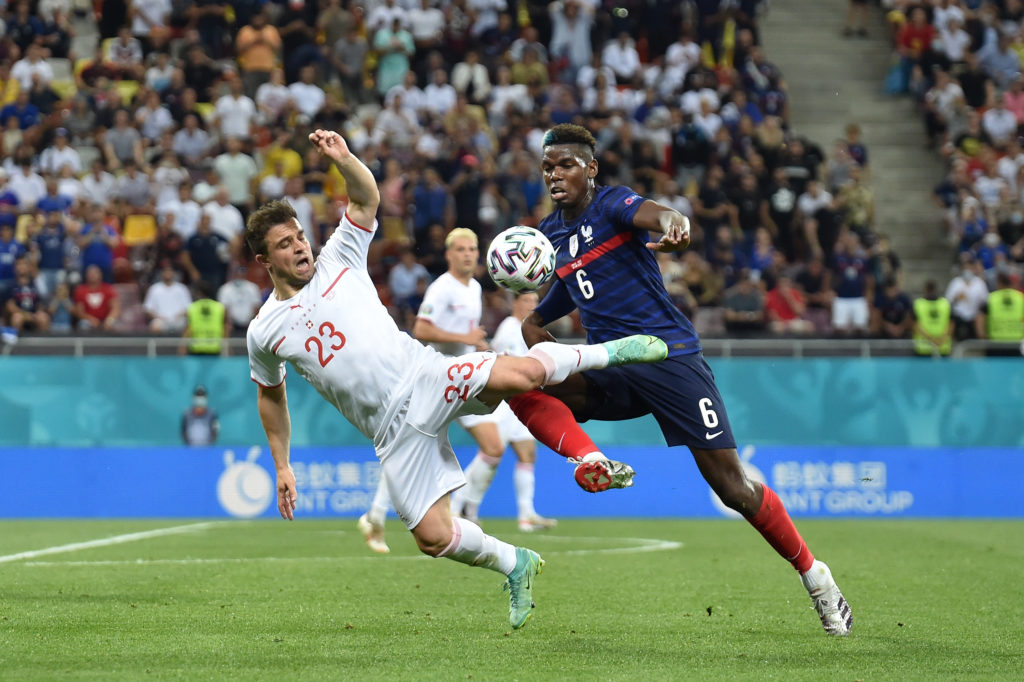 "That seems harsh because he has done some brilliant stuff tonight. There is no doubting Paul's quality, but it is just the other stuff, his maturity."

Pogba oozed confidence all evening, aptly demonstrated by his inch-perfect penalty in the shootout which whistled unstoppably into the top corner, but Keane felt that his complacency and lack of discipline ultimately cost the French, negating any good he might have done elsewhere.

"We've mentioned all that. United have had all the problems as well, can he play in a two in midfield, he probably can't because he doesn't have the discipline. 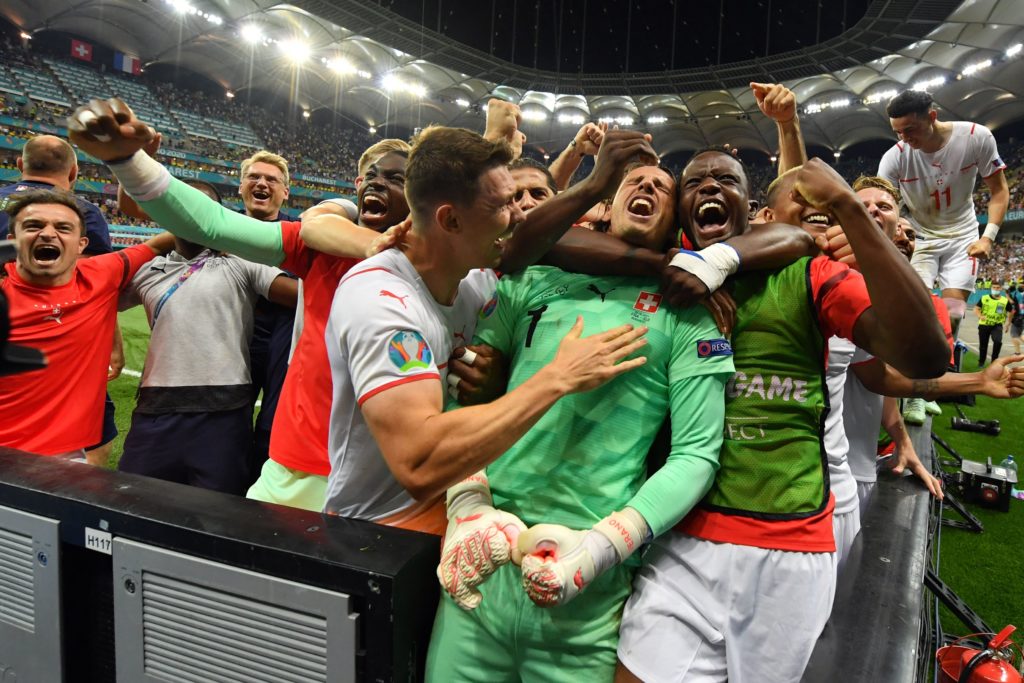 Switzerland's players celebrate their win in the UEFA EURO 2020 round of 16 football match between France and Switzerland at the National Arena in Bucharest on June 28, 2021. (Photo by Justin Setterfield / POOL / AFP) (Photo by JUSTIN SETTERFIELD/POOL/AFP via Getty Images)

"He was at his best in Juventus where he had a bit more freedom and was probably surrounded by more men and characters, they had better quality players.

"Even tonight, he leaves you frustrated. For all of the brilliant qualities going forward, I still think he lacks the discipline defensively. That's the key [to get to the next level]. The top players do it week in, week out. Paul doesn't do that."