The Score with Niall O’Brien: The worst team finished bottom, that's difficult to take for an Irishman

Netherlands' highest scoring batsman Stephan Myburgh plays a shot during the qualifying match for the World T20 cricket tournament between Ireland and The Netherlands at The Himachal Pradesh Cricket Association Stadium in Dharamsala on March 13, 2016. / AFP / STR (Photo credit should read STR/AFP/Getty Images)

IRELAND cricketers set off with high hopes and aspirations for the ICC World Twenty20, as we always do for any world event.

And rightly so, for we have a wonderful record for a cricketing country the size of ours. But for some reason or another it went rapidly downhill for both the team and myself at the tournament in India.

We ended our campaign with a 12-run defeat by the Netherlands in a six-over match. Chasing 60 to earn a first win of the competition, we managed only 47-7 in Dharamsala. Netherlands won by 12 runs.

We had already lost to Oman in our opening game before an abandoned match against Bangladesh ended our hopes of qualification, so we finished bottom of Group A.

To say I’m gutted is an understatement. That Oman defeat has to be one of the toughest losses, if not the toughest, of my professional career.

We handed them the win through drops, misfields, wides and no balls. It stayed in our system far longer than it should have, so we got off to the worst possible start.

I personally felt guilt and there must have been a resonating feeling within ourselves that we had made a major blunder in that fixture.

Admittedly, I had a poor competition and my performances fell well below where I pride myself and as a team we did not play to our usual high standards. 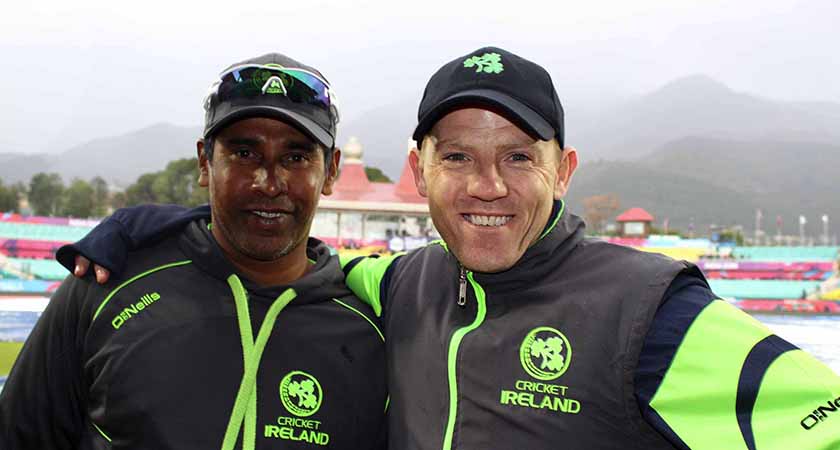 In saying that, our preparation for the competition had been really good so we cannot use that as an excuse.

Dharamsala is a nice little place and the people were wonderful to us, but, and I mean no offence when I say this, I would prefer never to go back there again as there will be too many ghosts and bad memories there for me to return.

I'm not making any excuses as the best team in the group, Bangladesh, finished top of the pile, but unfortunately for us over the five days the worst team finished bottom too and that is difficult to take for an Irishman.

The Netherlands played well in the hit and giggle contest and set us 60 on an average wicket and then they bowled with excellent skill and discipline to restrict us after an early onslaught from the bat of Paul Stirling.

So it's time for me to reflect and have a little break from cricket. I am back to my county schedule in a couple of weeks and very excited at what Leicestershire have in store for the upcoming season.