A BOXING club committed to helping tackle knife crime by providing a place to get young people off the streets has moved into new and improved premises.

A range of London Irish businesses provided support, along with the local council and Sport England, to give the Cricklewood Boxing Club venue a much-needed makeover.

The Club, which was founded in Camden by Rob Buick in 2014, later relocated to the Railway Club in Cricklewood, north London.

Former non-sporting space was provided to help the club develop further and a project undertaken over the past 18 months to make the location a fit-for-purpose boxing gym has now come to completion.

The support of local businesses Powerday Plc, HR Group Contractors and MP Moran and Sons, along with other partners such as Sport England and the London Borough of Brent, has made that happen.

Joe Fay, Director of HR Group and Chairman of Cricklewood Boxing Club, said: “It’s great to see what we have all achieved.

“A massive thanks goes to Mick at Powerday and all the other local sponsors Coyle Personnel Plc, Greyline Builders, GMS Joinery, Attymass Brickwork, MP Morans and Travis Perkins  - without everyone’s help we wouldn’t be where we are today.

“So, thanks again to all that have helped in any way.” 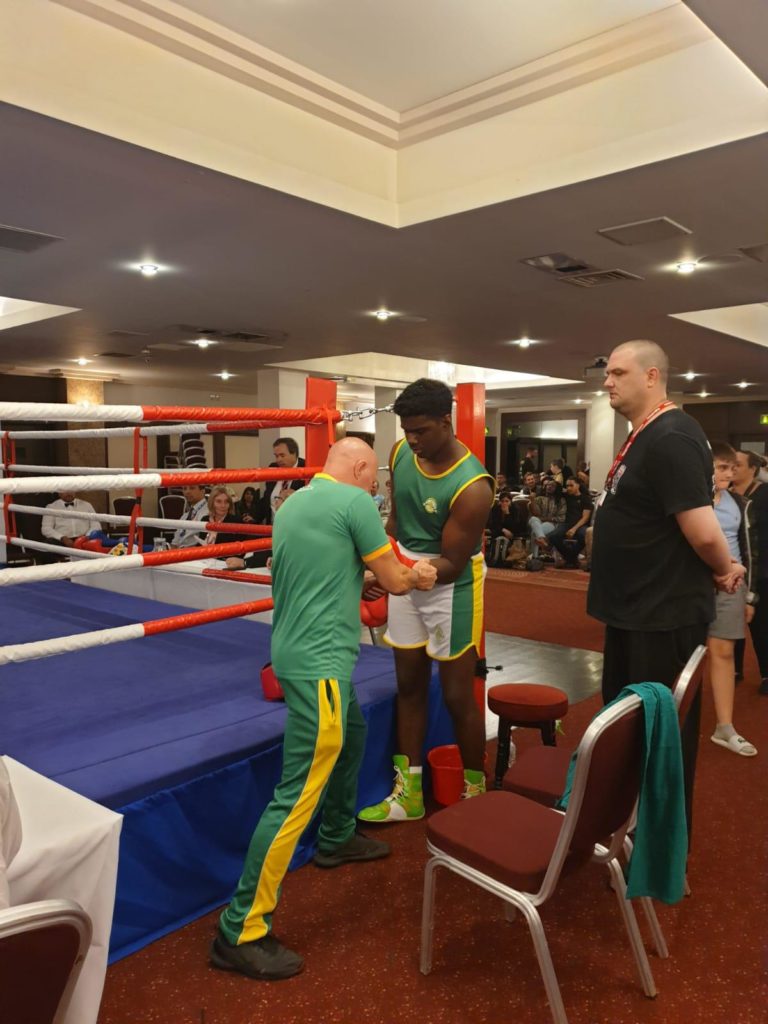 Getting ready to spar

Mick Crossan, Chairman and founder of waste giant Powerday Plc, added: “I am pleased to see that all our mutual efforts and support have borne external investment into the community and success for the club, whilst delivering the outcomes we sought some 18 months ago, with the opening today. Onwards and upwards for Rob and his volunteers in supporting young people across Cricklewood and Brent.”

Powerday was also involved in rebuilding The Dale Youth Boxing Gym that was destroyed by the tragic Grenfell Tower blaze.

With the financial commitment of their supporters, Cricklewood Boxing Club were able to move into the new premises this month.

They now aim to raise the profile of the club in the hope that they can get more local kids off the streets and into a boxing gym.

The fledgling club, which has achieved charity status, has seen its numbers of young members grow, with high praise coming from parents and local residents.

Rob Buick, Cricklewood Boxing Club Head Coach and Club Leader, explained: ‘In the last year we have produced our first National Champion and had numerous London Champions which was a great achievement. We are committed to continue our voluntary work for decades to come in our new and improved facilities, thank you all.”

The reopening of the club was held on Saturday, September 14 at the Railway Club.

The Mayor of Brent Ernest Ezeajuhi and Brent Council Councillor Muhammed Butt were in attendance along with club sponsors and the club’s boxers’ families.