THIS WEEK FIVE friends are attempting to perform an extraordinary feat by cycling from London to Lahinch in Ireland to raise money funds for the Irish Cancer Society.

Fibrolamellar carcinoma, or FLC, is a rare cancer of the liver that usually grows in teens and adults under 40 years. Declan was 27, when he passed away from his illness.

Next week will be the 2nd anniversary of his passing and according to one of his long-term friends Conor Calder, the group 'aimed to do something in his name and help out other people who are going through the same thing and raise awareness of the illness’.

Declan's five friends have made it their mission to cycle from England to Ireland starting on May 21.  This week The Irish Post caught up with Declan's friends to get an insight into the type of person he was, his illness, and their preparation for the huge cycle back to Ireland.

DAVID CAREY, Seanie Madigan, Conor Calder, Leo O'Regan, Sean Ronayne, Francis O'Flynn and Conor Meaney are undertaking this event in memory of their friend and relative, Declan Sexton, who died in May 2020 at the age of 27, with a rare form of cancer.https://t.co/PCZiur4H4Q

Declan had a check-up every three months and was given mixed news about his illness', said Meaney

Originally from Ennistymon, near Lahinch in Co. Clare, Declan found work as a civil engineer in London.

He was an avid GAA fan and regularly played hurling for Brother Pearses in London, the University of Limerick and Ennistymon.

A talented wing-back, he managed to win the All-Britain Championship in 2017 with Pearses, the oldest GAA Club in London.

When asked what type of person Declan was, Conor Meaney described him as “a very kind guy that nobody could say a bad word about. Quiet at times, but once you got to know him that changed. He was a straight talker at times, as well."

Conor Calder echoed his friend's statement and said that Declan was “a genuine, sound fella who was always up for a bit of craic, and loved his hurling”.

Conor Meaney lived with Declan during the time of his diagnosis and gave a detailed insight into the sequence of events.

“He (Declan) went on a trip to Dubai in November 2018 with one of our other friends Seanie Madigan for a rugby Seven's trip and had a wonderful time, but Madigan realised that Declan was not being himself, like he would normally be,” said Conor Calder.

In January of 2019, Declan had a constant cold that he could not 'shake off' and after a visit to the NHS and several antibiotics decided to go for series of scans to find a solution.

They detected cancer on his liver (fibrolamellar carcinoma) and then the treatment started.

It spread from his liver to lungs and doctors advised an aggressive form of chemotherapy to fight off the disease. Declan spent six months in The Royal Free Hospital in Hampstead and received expert medical treatment from specialists.

"In August he came off the chemo and by then he had lost a good bit of weight and muscle mass, but he didn't feel sorry for himself,” Conor Calder added.  “He just said it was something that he had to get through and from there he got back into work and went home for a bit.'”

Declan had a check-up every three months and was given mixed news about his illness,” Conor Calder said.

“He was told that the cancer had not grown, but it had not shrunk either.”

Everything moved extremely fast in March 2020 before the lockdown occurred.

A collapse on a walk meant that Declan was rushed to hospital and he was told he had weeks to live by doctors.

In May 2020, his friends were told by his father Tom Sexton that he only had days to live. Shortly after, Declan passed away from his illness.

Why a cycle ride

Soon after Seanie Madigan and Leo O'Regan mentioned that it would be nice to do something in his name.

At the time, the group of friends did not know what to but wanted to raise money for Declan — with something that meant a lot to him.

His love for hurling in London and the fact that he had roots in Clare allowed to the group to come up with a plan to cycle from London to Lahinch.

"We thought that it would be fitting to link those two places somehow and I suppose cycling is the only meaningful, but practical way to traverse that distance in a reasonable timeframe." Conor Calder said.

A post shared by London2Lahinch cycle for Cancer Research (@london2lahinch)

How much have they raised so far and how can people get involved?

The group had initially only aimed to raise about €10,000, but were blown away by the response.

'We said do you know what we will raise it 25,000 and see how we go. If we do not, we are still raising money for awareness', said Conor Meaney

This is 83% of the total donations needed for the cycle far exceeded their original expectations and hopes.

'We are going to smash that target, which is great you know', said Meany confidently.

The group aim to pull off the massive feat by cycling for 43 hours (870 km), an accomplishment that Declan will be proud of.

When asked individually what Declan would say when they reach the Lahinch finish line, they said:

“I think he would say ‘Jesus' lads, fair play ye did that,’” added Conor Calder

Details of the cycle:

•                On the Saturday morning they will be doing a short cycle starting from Ennistymon Gaa club at 12pm where anyone can join in. 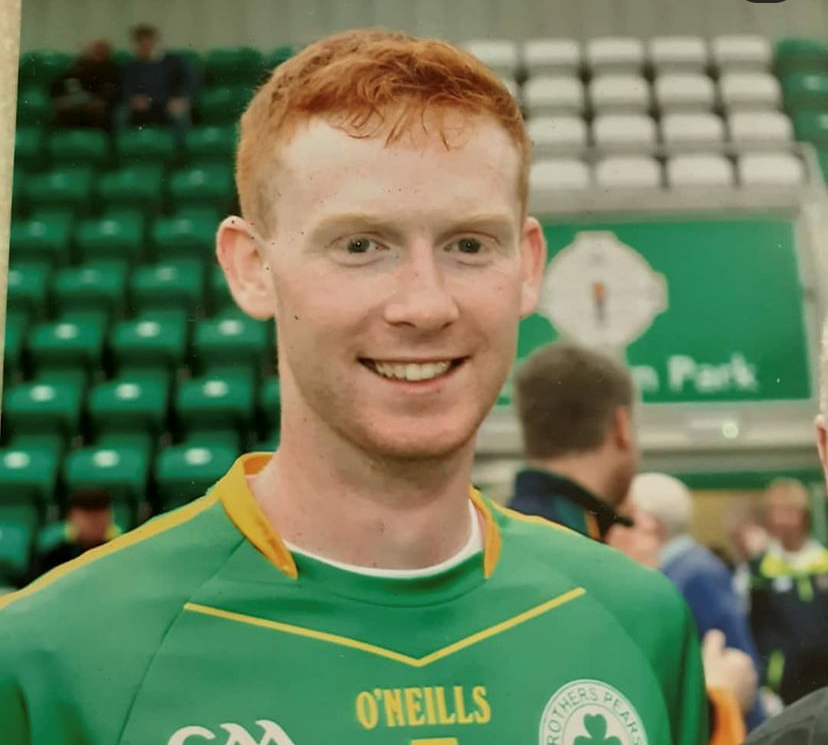