Shane Lowry pegged back at The Open in Portrush, Darren Clarke looks set to miss the cut

Shane Lowry hits a tee shot on the 12th hole during Day Two of the 148th Open Championship at Royal Portrush in Portrush, Co Antrim. (Photo By Brendan Moran/Sportsfile via Getty Images)

A strong start from Shane Lowry had the him out in front, but a spirited fightback by American JB Holmes means the pair are tied at the top of the leaderboard on day two.

Lowry had earlier posted five under for his front nine, out in 31, to take the outright lead at Portrush.

Darren Clarke has three putted the last and looks almost certain now to miss the cut.

Clarke, Rory McIlroy and Graeme McDowell have now all made triple bogey at the 18th this week. 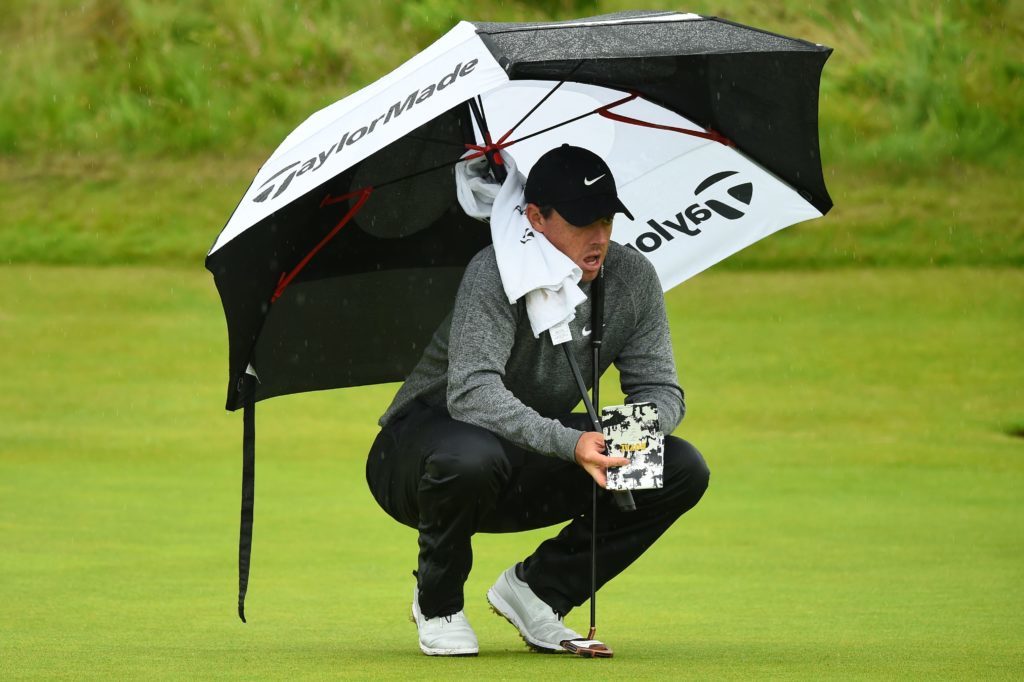 Rory McIlroy prepares to putt on the 4th hole during the second round of the British Open golf Championships at Royal Portrush.  (ANDY BUCHANAN/AFP/Getty Images)

The Royal Portrush Golf Club is hosting golf’s oldest tournament for the first time since 1951. And, with America’s finest in town, it will be a year to be remembered.

On a day of high drama on day two,  fifteen time time major champion Tiger Woods missed the cut. Brooks Koepka, who has won four majors since 2017, is eyeing up a first Claret Jug on the Irish links.

While the legendary Phil Mickelson The Open winner of 2013, is hoping to rekindle past glories.

When tickets came available last autumn, they sold out in no time. Consequently, the Royal & Ancient (R&A) – The Open’s organisers – worked tirelessly with Royal Portrush to see if they could squeeze some more fans in.
Without doubt, Portrush’s chance to shine on the world stage is well deserved.

Not only did they host an impressive Irish Open in 2012, but, more significantly, the success of the region’s golfers at the start of the decade elevated the North’s standing in the sport.

Indeed, that period, following on from Dubliner Padraig Harrington’s three majors between 2007 and 2008, when McDowell won the US Open, Clarke took The Open at Royal St George’s and McIlroy won the US Open, the first of his four majors, was magical for golf in Ireland. 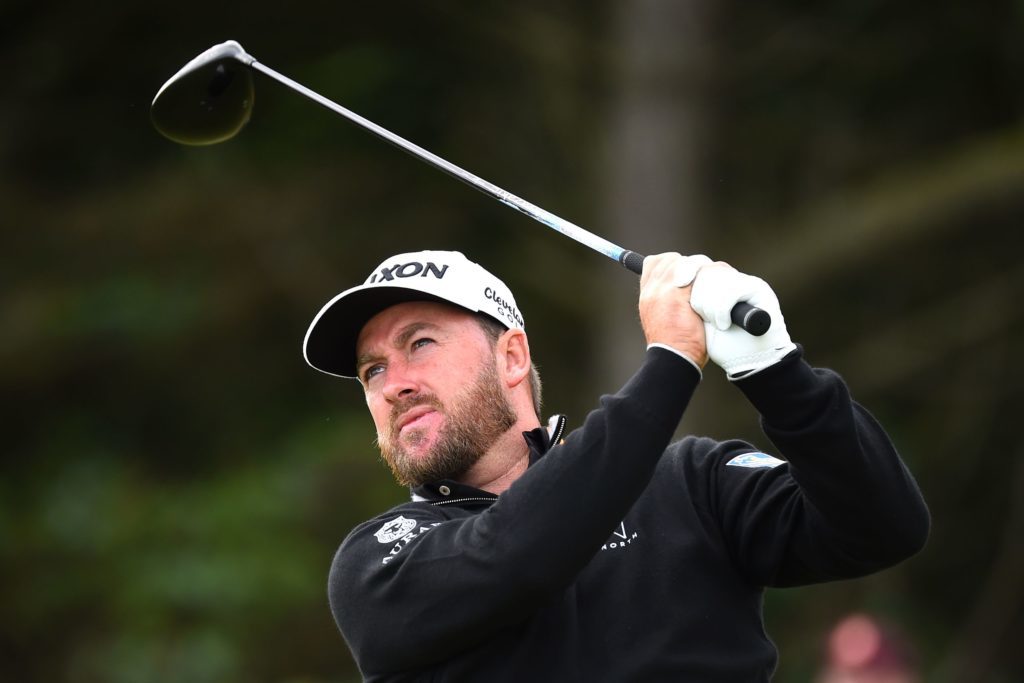 Graeme McDowell tees off from the 5th hole during the first round of the British Open golf Championships at Royal Portrush golf club on July 18, 2019. (Photo by ANDY BUCHANAN / AFP/Getty Images)

Since, the Irish strike rate in majors has dropped off. However, this is another flush period for Irish golf. The Irish Open, for instance, has been inducted into the Rolex Series – the European Tour’s top set of tournaments.
Harrington has been named as Europe’s Ryder Cup captain for next year. The island’s best player, McIlroy, has got back to near his best, even if he’s still to show it in the majors.

Lowry, who was struggling for a couple of years, is back in form and broke a three-and-a-half-year drought in January.

Meanwhile, McDowell, who was in the wilderness, has found his way again.

Of course, this all complements the fact that The Open this week is being staged on Irish soil for the first time in 68 years. The cherry on the cake, now, would be an Irish winner come Sunday evening.