SHEFFIELD, ENGLAND - MAY 02: England's Shaun Murphy looks on during day 16 of the Betfred World Snooker Championships 2021 at Crucible Theatre on May 2, 2021 in Sheffield, England. The Betfred World Snooker Championship is being played in front of spectators as part of the government's Events Research Programme. (Photo by Zac Goodwin - Pool/Getty Images)

THE ENGLISH snooker player Shaun Murphy had made extraordinary claims after he suffered a shock defeat to China's Si Jiahui in York.

Murphy was knocked out of the first round of the UK Championship, losing 6-5 to the amateur. Murphy claimed amateurs should not be allowed in professional tournaments.

Murphy a UK champion in 2008, forced a deciding frame after falling 5-1 behind, but the Chinese amateur held on for the win. 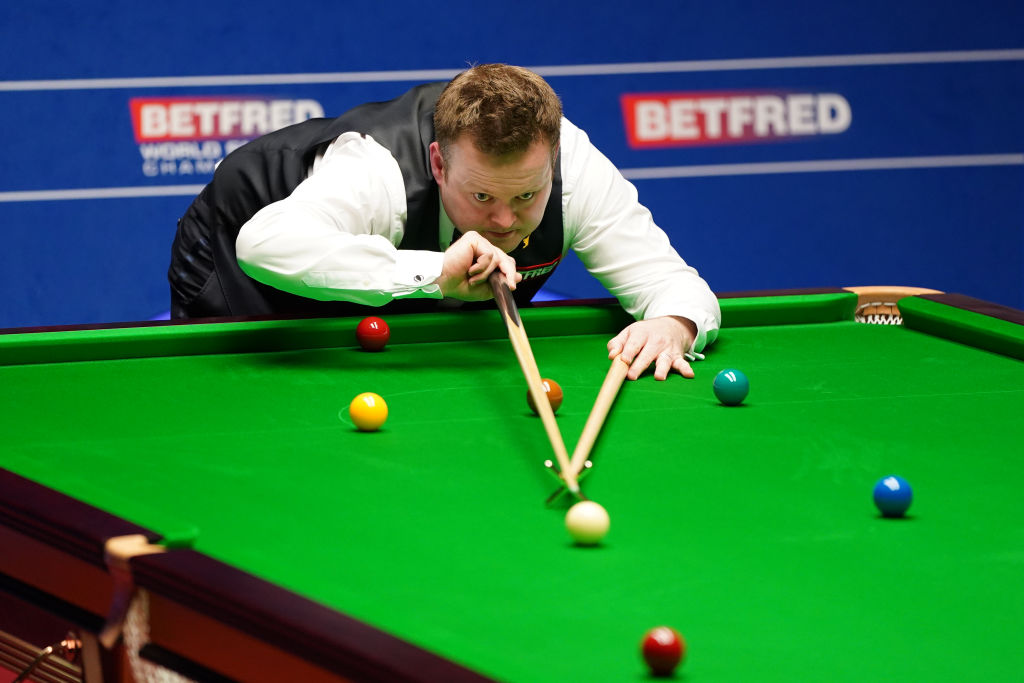 He spoke to BBC Radio 5 live after and went on rant about how the 19 year-old shouldn't have been in the tournament.

'I feel extremely hard done by that I have lost to someone who shouldn't even be in the building.

The other 127 runners and riders in the tournament, it is their livelihood too. It is wrong, in my opinion, to walk into somebody who is not playing with the same pressures and concerns I am.

This is the epitome of sour grapes and completely classless from Shaun Murphy. Si Jiahui likely has many more cares in the world than someone who has banked £4 million in prize money during his career. Just accept that he was the better player today and move on. pic.twitter.com/QUvWL6vFpu

"We respect Shaun's opinions but in this case we strongly disagree with his comments.

'Many elite amateur players like Si Jiahui train and compete full-time in the hope of earning a guaranteed tour place, therefore they are competing under significant pressure with no guarantees.

'Providing opportunities for the best amateur players is important for our growth as a sport and that is something that Shaun benefited from during his early days as a player.'

Neil Robertson, the defending champion came out in support of Murphy's rant, saying:

'I totally get where Shaun's coming from.

'When you're playing one of the Chinese boys, some of them are amateurs, but some are as good as anybody in the top 50 in the world.

'Amateurs are under a completely different pressure where there's actually no pressure, because they're not competing for ranking points.

'They're basically on a free hit at a pro, so I completely agree with what Shaun's saying there, because it is very dangerous.'

Amateur players are needed in the current UK Championship draw as there are 128 spots up for grabs, but only 122 professionals on the World Snooker Tour during the current 2021-22 season.

The World Snooker Tour have hit back at Shaun Murphy after his rant on amateur players last night.

Murphy was beaten in the UK Championship first round at the York Barbican last night.https://t.co/JuFwJSF5Y6

In the article, Murphy said of his amateur status in the lead-up to the event: 'Golf isn't my livelihood.

'Relative to the other players I will be playing against, it doesn't really matter to me if I win or lose.

'I won't be under the pressure they are under. Most of them are trying to win. I am just trying to have a good day out. I could knock it round in anything from 68 to 108!'

That’s Shaun Murphy, the snooker professional who attempted to qualify for The Open golf championship despite, and I think I’m right in saying this, not being a professional golfer.