THE Christmas holidays are here – so hopefully you have more time on your hands.

If so, here are six books from the world of Irish sports over the last year that are well worth a read... 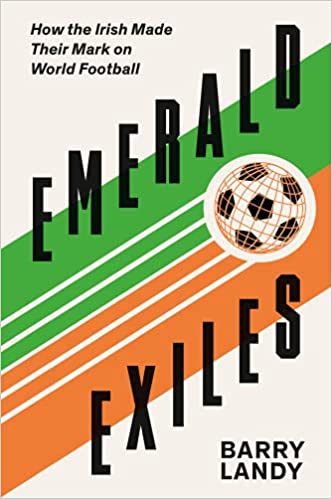 Emerald Exiles: How the Irish Made their Mark on the World, by Barry Landy

Emerald Exiles features compelling stories of the Irish footballers who journeyed beyond the safety net of the UK and Ireland in search of opportunity and adventure.

The vast majority of elite soccer players from the island of Ireland end up playing their football in the UK – where the Premier League and professional Football Leagues below offer, as they have for decades, the most likely route to the professional game for Irish players.

Ireland has for years been fertile ground for British clubs to pick up players.

If they don’t make it, the domestic League of Ireland offers the next best thing – a certain level of professionalism and celebrity.

But what of those players who have ventured further afield?

Emerald Exiles follows the fascinating lives of these players, who broke the mould and ventured to distant shores, in search of sporting glory, and a new way of living.

Charting the international exploits and turmoils of players like Liam Brady, Anne O’Brien, Robbie Keane, Stephanie Roche, and a host of others, as well as featuring first-hand interviews with over a dozen key players, Emerald Exiles is the authoritative story of how Ireland made its stamp on world football. 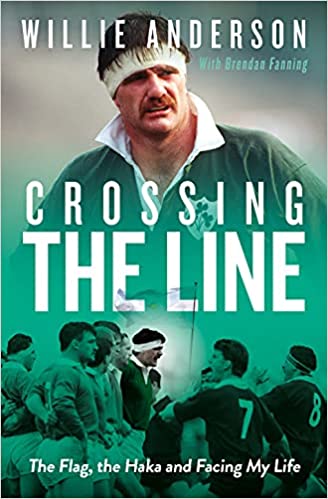 Crossing the Line, by Willie Anderson with Brendan Fanning

Irish rugby has produced many charismatic figures over its history. None more than Willie Anderson.

Immortalised for his defiant stance in the face of the All Blacks’ Haka, the Ulsterman is notorious also for his time spent locked up by the military junta in Argentina for a prank gone wrong.

But there is more to Willie Anderson than newspaper headlines.

Willie has collaborated with Brendan Fanning on his autobiography.

Brendan is the author of the critically acclaimed From There to Here – the definitive account of Ireland’s troubled journey from amateurism to professionalism.

He has been involved in rugby all of his life as a player, coach and journalist.

He has been rugby correspondent on the Sunday Independent since 1996. 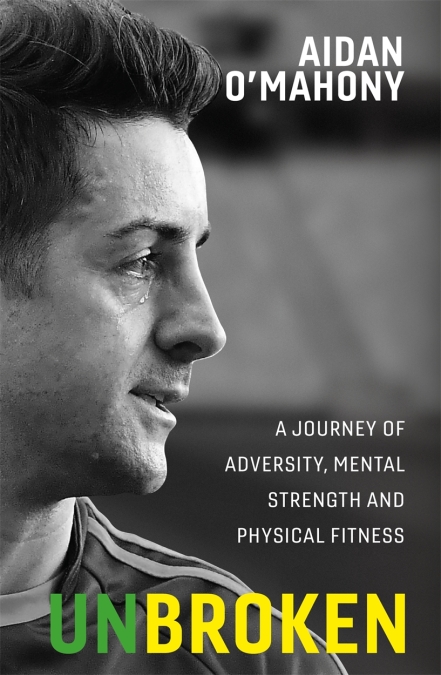 Aidan O’Mahony was at peak physical fitness and making his mark on the Kerry Senior Football team when he made the devastating choice to walk away from it all.

Now, in his powerfully honest memoir, Aidan looks at the events leading up to this moment: the extreme pressure he put himself under as he strove for maximum physical strength, struggling with asthma that had plagued him since childhood; the on-pitch altercation that took a toll on his mental health; the controversy over a failed drug test and the intense media scrutiny he found himself facing.

And he tells of how, in the weeks that followed him quitting the game, he made a decision that would ultimately change everything.

As Aidan began to discover who he was and what was important to him, he returned to football with the same dedication and commitment he’d always had – but with a new mindset.

He went on to achieve Championship and personal highs including taking part in and winning RTÉ’s Dancing with the Stars.

Unbroken is an account of the discipline it takes to be a part of one of the country’s most successful Gaelic football teams.

It is also a story of managing external and internal expectations and pressure, and of the importance of knowing when to ask for help. 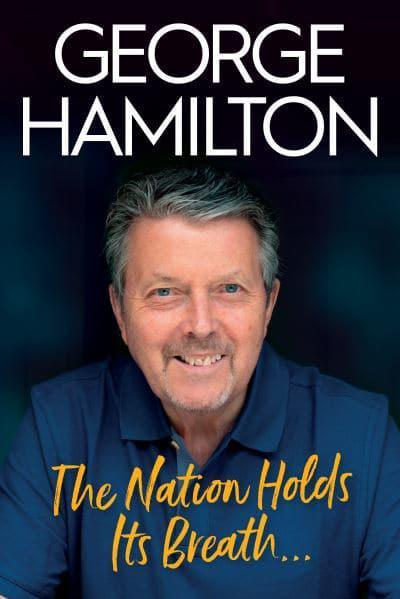 The Nation Holds its Breath, by George Hamilton

“David O’Leary is entrusted with the responsibility of taking the penalty that could send Ireland to the quarter-finals of the World Cup.

“This kick can decide it all. The nation holds its breath … Yes, we’re there!’

Written with his trademark warmth and candour, The Nation Holds Its Breath is George Hamilton’s eagerly awaited and wonderfully told journey through a rich and varied career in broadcasting.

As the undisputed voice of Irish football, George’s evocative and celebrated commentary is familiar to millions.

He has captured the highs and lows of Irish sport for generations of fans, ever since he first took up the microphone in the mid-seventies, and he has been enthralling his audiences ever since.

To read George’s writing is to hear George’s voice and this book is captivating from the very first page, as he takes us on an affectionate journey from the Cregagh Road in East Belfast to an emotional farewell salute from Big Jack Charlton on the hallowed Anfield turf in 1995. The destinations – Stuttgart, Genoa, New Jersey – will be familiar, the journeys in between, anything but.

An important memoir from one of Ireland’s truly undeniable national treasures. 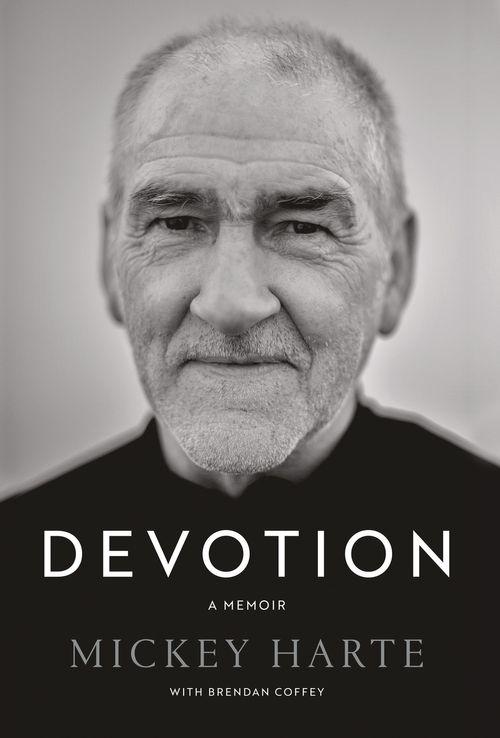 Devotion: A Memoir, by Micky Harte with Brendan Coffey

In a frenetic seven-year spell at the outset of his senior managerial career, Mickey Harte led Tyrone to four Ulster Championships and three All-Irelands.

It was a run that shifted football’s balance of power, changed the way the game would be played for over a generation, and cemented his reputation as one of the most transformative figures in GAA history.

Then, in January 2011, the visitation of a shocking tragedy changed everything: Mickey’s daughter Michaela was murdered while on honeymoon in Mauritius, and the Harte family, grief-stricken, awoke to find themselves at the centre of an international news story.

Devotion, the product of a collaboration between Mickey and author Brendan Coffey, is many things.

The story of a family’s decade-long struggle to come to terms with an almost unimaginable loss. A meditation on the ways in which faith, community, and sport can sustain us in our most difficult moments. And, finally, a portrait of one of Irish sport’s true icons, as he brings one legendary era to a close and steels himself for a final assault. 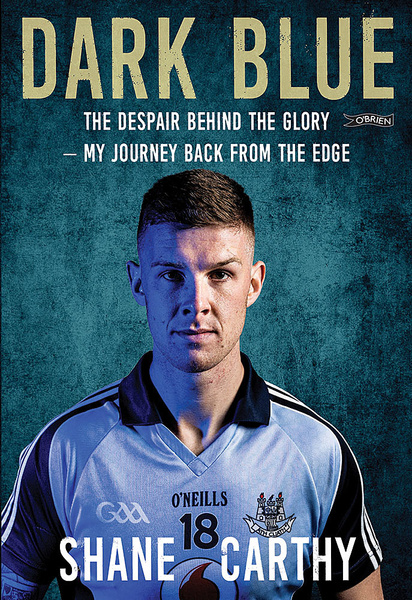 Dark Blue: The Despair Behind the Glory, My Journey Back from the Edge, by Shane Carthy

From a young age, Shane Carthy had an amazing talent for sport.

He quickly rose through the ranks of Dublin football, playing on an All Ireland-winning team at the age of eighteen.

In the midst of this success, he increasingly suffered from severe bouts of depression, hiding this from his family and all around him.

For two long years, as he triumphed on the football field, he suffered through constant mental turmoil.

In Dark Blue, with searing honesty, he tells of his journey through deepest depression.

He writes frankly and eloquently about the downward spiral which saw him wake up in St Patrick’s Mental Hospital only days after producing a man-of-the-match display in Dublin’s 2014 Leinster under-21 final win over Meath.

An inspiring story of resilience and rebuilding. Of how he learned to overcome his troubles and to love life again.