STUDENTS at one of London’s most Asian schools have described the decision by their teacher to launch an after-school Gaelic Football club as “confusing at first”.

Southall Shamrocks was established after Irish geography teacher Brendan Doherty ran several football sessions last summer as part of National Sports Week at Featherstone High School in West London, where almost 99 per cent of its 1,500 pupils are from an ethnic minority.

Now, the team are braving the cold winter evenings twice a week as they train ahead of their three-day tour of Ireland’s GAA hotspots during the school’s half-term break.

British Pakistani team captain Daud Yashaya admitted that when the sport was first introduced the students were surprised.

“Southall is a predominantly Asian area so we were confused. We would normally play football, but Gaelic football is different,” he said.

They had never heard of the GAA, let alone Gaelic football, but it has been well-received and the 16-year-old credits that “the amount of teamwork needed” is an enjoyable aspect as “it brings us together”.

Southall is not currently an Irish stronghold and this is evident by the ethnic make-up of the school’s students: Asian/Indian 40 per cent, Somali 22 per cent and Pakistani 17 per cent. 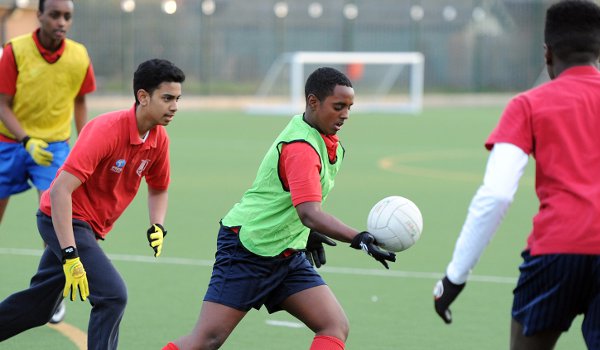 The students enjoy the challenge of learning a new sport. Photos: Malcolm McNally

Despite this, popularity for the sport increased and in less than a week Mr Doherty and 25 students, aged 15-16, will cross the Irish Sea, most for the first time, to begin their tour.

Zakir Ali, 15, is from a South African/Pakistani family and is looking forward to the upcoming visit to the home of GAA and the prospect of playing another team for the first time.

“I’m so excited for Ireland, I haven’t been there before,” he said, “we’re really curious to see how other teams are.”

“I think that if we did play another team now we’d be pretty strong against them,” Nigerian teammate Emmanuel Ladipo added. The 16-year-old also explained that playing Gaelic Football is a “really big boost of confidence” for students who are not into mainstream sports.

He said that watching videos online had inspired him to train harder before the trip to Ireland. “I’ve seen most of the matches and they’re pretty high paced which makes me want to play at that intensity.”

Mr Doherty admires the commitment of his team during training and believes that the physical aspect is what appeals to the boys, but it is the growth in interest for the sport off the pitch that has most impressed him.

He said: “They’re watching YouTube clips of Gaelic football, they’re asking me who’s this guy? Who’s that guy? Did you see Dublin at the weekend?”

Southall Shamrocks depart on Monday, February 17 for Dublin where they will be taken on a tour of Croke Park Stadium and Museum, after which they will travel to Galway to play their debut game against Galway School in Pearse Stadium. They will round off their trip with a training session with coaches at the Connacht Centre of Excellence before boarding the return flight to Gatwick Airport. 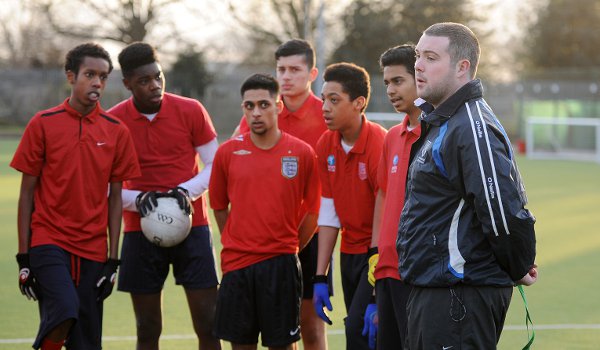 Headteacher Gerry Wadwa praised the upcoming tour of Ireland as “absolutely fantastic”, because Southall is an area of “significant disadvantage” and many of the students have not travelled beyond their borough’s boundary.

Gaelic football has now been added to the PE curriculum at the school, which means that a greater number of the secondary school students will now have the opportunity to get involved.

While the sport has really taken off since it was first introduced less than a year ago, Mr Doherty still has trouble explaining to the students that many of Ireland’s top sports stars are amateur.

“I pointed out that the Dublin goalie will be teaching kids tomorrow morning,” he said.

Mr Doherty believes that an additional challenge for the team is finding opponents to play against, so the future of Southall Shamrocks remains uncertain. “Unfortunately, I doubt any of them will join Neasden Gaels.”