INJURY TIME  points from Stephen Lohan and David Nolan gave St Gabriels the narrowest of wins against Kilburn in Ruislip (1-15 to 1-14).

Kilburn had led by seven points when Aaron Sheehan’s shot nestled in the far corner just after 20 minutes.

But last year’s champions showed their resolve to slowly chip away at that deficit and led for the first time eight minutes after the interval when Shane Lawless’s drive fizzed past Padraig Buckley in the Kilburn goal.

The lead changed hands throughout in a pulsating second half but it was Gabriels who edged ahead in injury time and The Wembley-based outfit now have the chance to win their 18th London SHC crown on October 27. 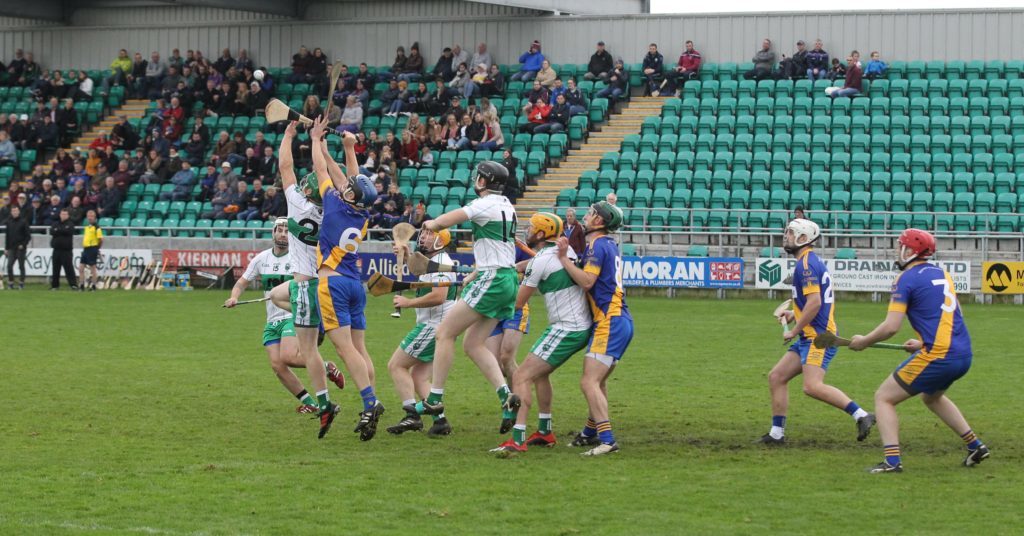 In the clash of these hurling heavyweights, it was Kilburn who set the tone early on.

Sharpshooter Sheehan – who was impressive throughout and accounted for 1-14 Kilburn’s 1-15 – had three points on the board in the blink of an eye and it took until the 17th minute of the contest before Gabriels registered their first score. Brian Hickey finding the range from open play.

Nolan sent the ball over from the free moments later, but any thoughts of a Gabriels revival at that stage looked premature. Sheehan evaded his marker to power the sliotar past the despairing dive of Eoin Kelly and Kilburn already looked to have one foot in the final.

Perhaps they started believing that themselves. But St Gabriels didn’t.

They gradually clawed their way back into the contest through the lively attacking trio of Hickey, Lawless and Daniel Glynn and the ruthlessness of Nolan.

For large parts of the afternoon, this felt like a shootout between Sheehan and Nolan -and although Cork native won that particular joust with higher figures on the afternoon – it was Gabriel’s who ultimately won the war.

They will now face Robert Emmetts in a repeat of last year's final later this month.