A FIRST half goal from Henry Vaughan and nine points from Aaron Sheehan helped Kilburn to a convincing 1-24 to 0-11 win against Thomas McCurtains in Greenford.

Kilburn were looking to get their championship campaign back on track after losing to St Gabriels last time out but they trailed again in the early stages here here until Vaughan’s strike.

The flow of traffic from that point on was largely one way, but Kilburn were indebted to keeper Robert Bourke for two fine second half saves as McCurtains tried to force their way back into the contest.

They now face last year’s beaten finalists Robert Emmetts this Saturday in a further examination of their championship credentials. 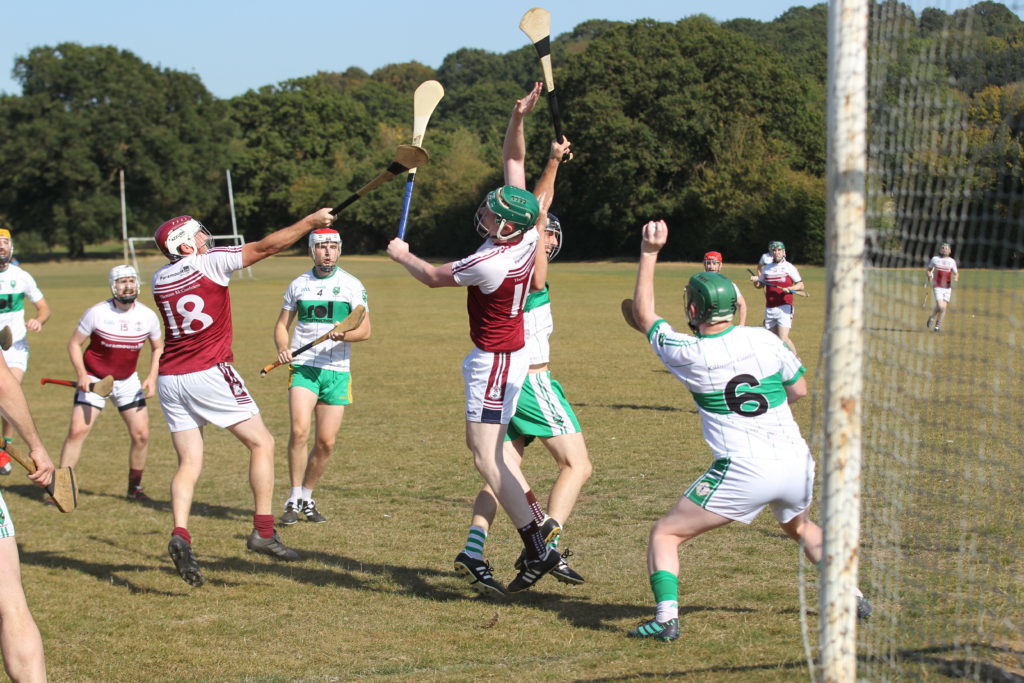 Kilburn defend the high ball in the first half against Thomas McCurtains. Photo: Brendan Vaughan

McCurtains looked the sharper of the two sides early on and lead thanks to points from Mark Russell, Conor Cormack and Conor Hogan.

Sheehan grabbed the first point for Kilburn to give them a foothold in the game. It got even better for them moments later when Vaughan evaded the attention of his marker and thumped the ball past Shane Kelly in the McCurtains goal to edge them ahead. It was a lead they wouldn’t surrender.

Kevin Campion and Mark Dwyer surged through moments later to tack on two quickfire scores as gaps began to appear in the McCurtains backline.

McCurtains needed to maximise every opportunity to stay in the contest but wasteful finishing throughout hindered their progress. 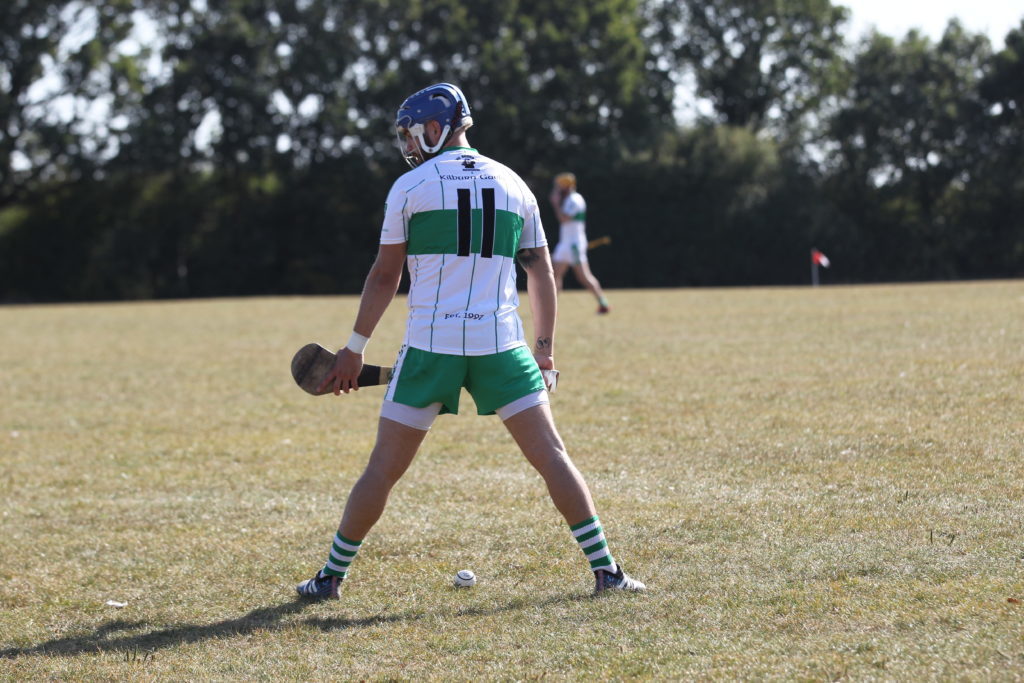 The gap was six points at the interval and Russell fired the first point of the second half for the East Londoners to fire brief hopes of a comeback.

Russell opted to go for goal with two frees from close range only to see the attempts blocked by a resolute Kilburn defence.  He combined with Hogan moments later for McCurtains’ best move of the match but Hogan’s low drive was tipped away by Bourke.

At the other end Reale picked out Vaughan with a sublime inside pass and Vaughan fired over to press home Kilburn’s advantage.

With McCurtains now visibly tiring Kilburn were coming into their element and were looking dangerous with every attack.  Reale and Vaughan’s link up play and Sheehan’s accuracy from dead balls and open play ensured they closed out the game with a healthy winning margin.