Robert Emmetts try to force an opening in the second half (Picture: Brendan Vaughan)

ROBERT EMMETTS weathered a second half fightback to see off rivals Kilburn at Ruislip this weekend.

Six first half points from Stephen Bardon and three from Cian Lordan contributed to a seven point lead for Kevin McMullan’s men at the break, despite a goal from Niall Donoghue.

Kilburn rallied after the interval with Jody Troy coming to the fore. He hit a goal and three points to drag them back into the contest.

They had the deficit down to four points at the midway stage of the second half but a goal from Bill Walsh and a late insurance point from Emmett Laverty were enough for last year’s county champions to earn their second win of the season. 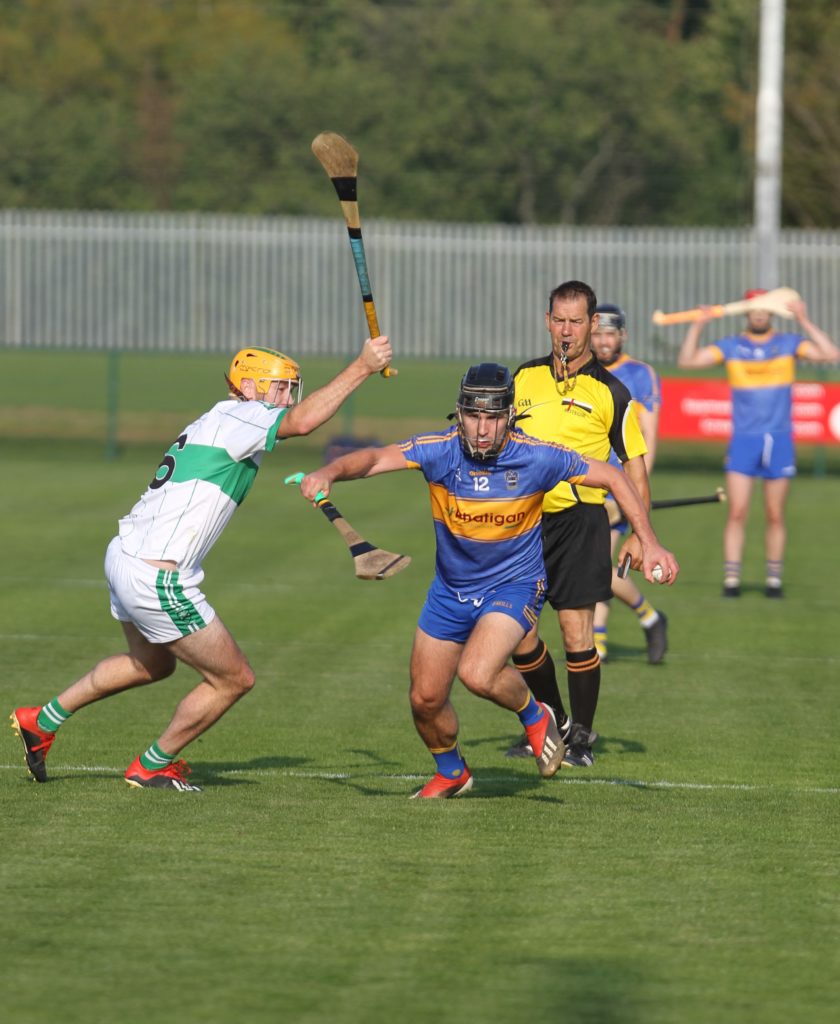 Emmetts were looking to maintain their rhythm after seeing off Father Murphys in the opening round last week.

They settled well to their task and early points from Dinny O’Reagan, Cian Lordan and Stephen Bardon put them in the box seat.

Lee Wall kept Kilburn in it with two early points from frees but Sean Lordan and a monster effort from Jonathan McCarthy deep in his own half gave a portent of what was to come.

Kilburn were given a lifeline when Sean Lordan was adjudged to have fouled Donie Reale.

Donoghue drove for goal with a low drive to goalkeeper Damian Quinn’s right and the gap was down to two.

But Kilburn still couldn’t get traction.

Further scores from Kieran Morrisey and the score of the half from Stephen Bardon, who took a great pass from Jesse Kennedy and fired over from wide on the left, cemented Emmetts’ dominance and they lead 0-16 to 1-06 at the turnaround. 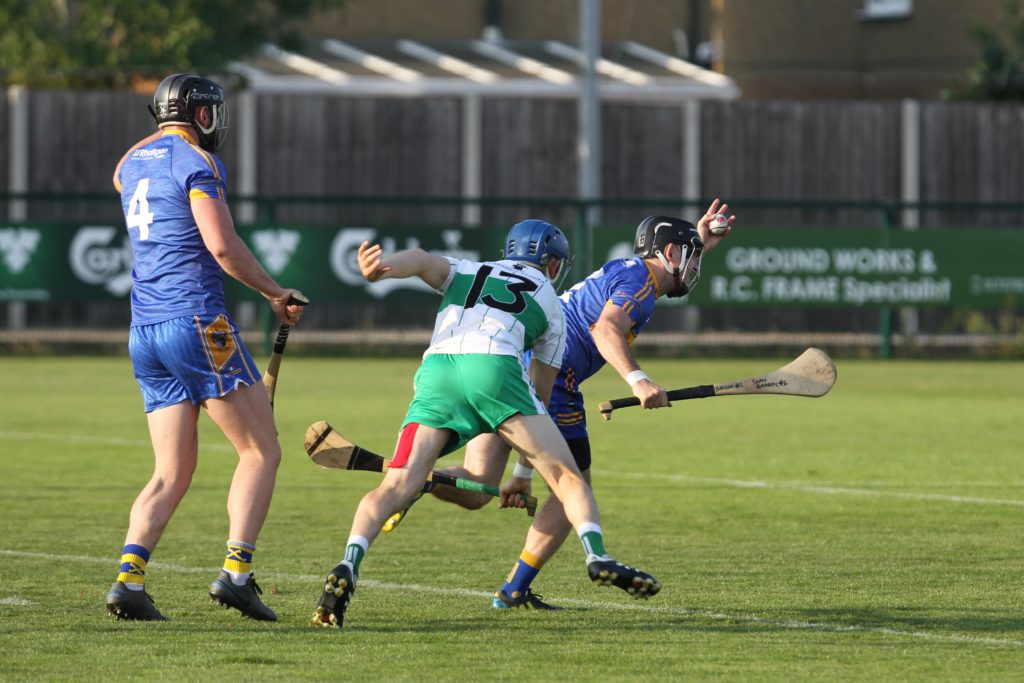 Robert Emmetts try to force an opening in the second half (Picture: Brendan Vaughan)

John Phelan got the opening score of the second half for Kilburn and Reale followed that up by sending the ball over the bar after fine work by Mark O’Dwyer.

The momentum was now with last year’s beaten finalists, but Walsh capitalised on indecision in the Kilburn rearguard to get in behind and fire across Phil Crean to raise the green flag for Emmetts.

Troy and McCarthy were lucky to escape with yellow cards following an off the ball clash as tempers began to fray.

Crean had to be alive as Walsh took a snapshot at goal but he got down low to his right to keep the effort out.

Troy at the double

Kilburn’s chances were boosted shortly after with Troy netting from a tight angle after being put through by Anthony Hands.

The impressive Lee Wall maintained his accuracy from frees to keep Kilburn in it, but that strong first half showing from Emmetts ultimately proved too much to haul back.

“We’re trying to play a ‘give go’ style, and you need to be fit, switched on and in tune to play that way well,” said Emmetts manager Kevin McMullan after the game.

“We did well to weather the storm in the second half. I’ve known Kilburn since I first came to London and you never get an easy game against them. You know you’re in for a battle with them physically and mentally.

He added: “We lost 10 of last year’s team. Some of that was due to lads heading home due to a lack of work with Covid and so on.

“Others were called up by their club sides at home.

“It seems to happen a lot here for every club. If you have a good season and get to the latter stages of the competition, clubs back in Ireland think ‘he’s going well in London, let’s give him a shot’.

“It’s frustrating, but part of life here. We’re glad to win the two games on the bounce and the target for us has to be the semi-final and beyond.”