THIS Sunday, February 4, sees the culmination of the 2017 American football season as the New England Patriots take on the Philadelphia Eagles at Super Bowl 52.

National Football Conference champions the Eagles are chasing their first success against five-time winners the Patriots.

Super Bowl LII will be a record 10th appearance in the showpiece for the Patriots, this season's American Football Conference winners, who are also the current holders of the Vince Lombardi Trophy.

Where and when is the game?

The game will be played at the maximum 70,000 capacity U.S. Bank Stadium in Minneapolis, Minnesota, the home of the Minnesota Vikings. 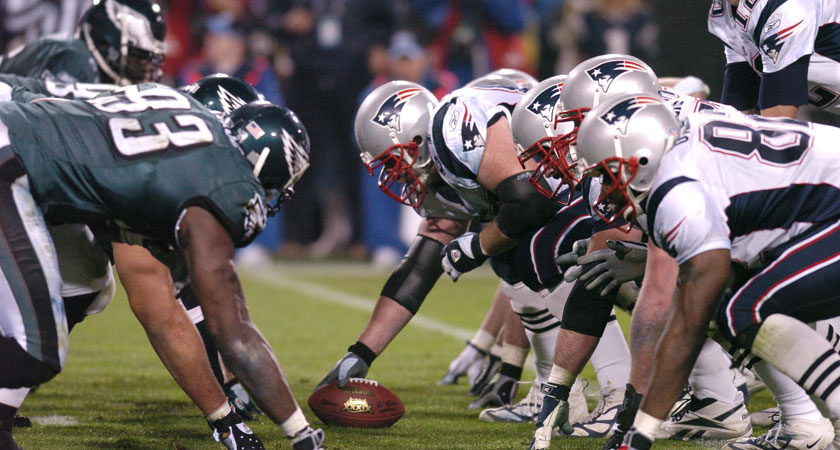 How can I watch it on TV?

You can watch the game on BBC One, the BBC website and BBC Sport app, with coverage stating at 11.15pm.

The latter channel is free to all Sky customers and the Super Bowl programming starts at 7.30pm.

What are the odds?

Not surprisingly, reigning champions the New England Patriots are 8/15, with the Philadelphia Eagles priced at 23/13. 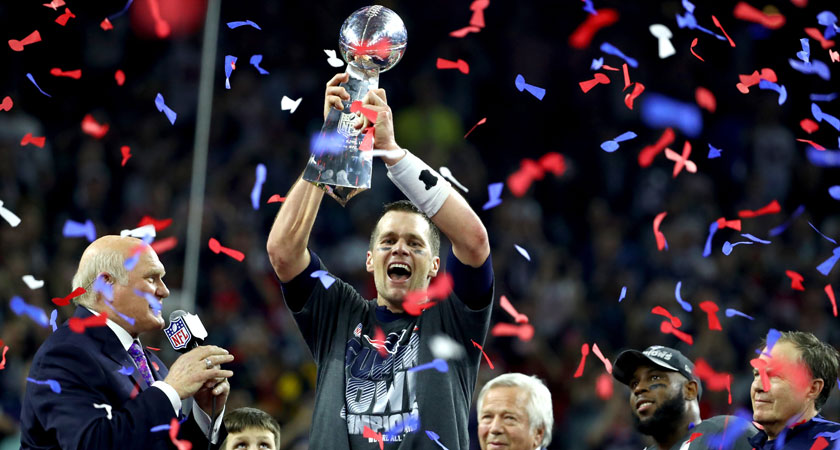 Possibly the best quarterback ever, Tom Brady is the Patriots' talisman (Image: Getty)

They defeated the Atlanta Falcons in the divisional playoffs before routing the Minnesota Vikings 38-7 in the conference playoff.

The Patriots also ended their regular season with a 13-3 record, seeing off the Tennessee Titans in the divisional playoff.

However a shock looked on the cards in the conference playoff when they trailed the Jacksonville Jaguars 20-10 in the fourth quarter.

However talismanic quarterback Tom Brady inspired a 24-20 comeback, not surprising given they turned around a 25-point deficit in last year's Super Bowl to beat the Falcons – the largest comeback in Super Bowl history.

That was their fifth Super Bowl success from nine appearances. The Eagles have lost both times they reached the Super Bowl, the most recent appearance in January 2005 being against Sunday's opponents. 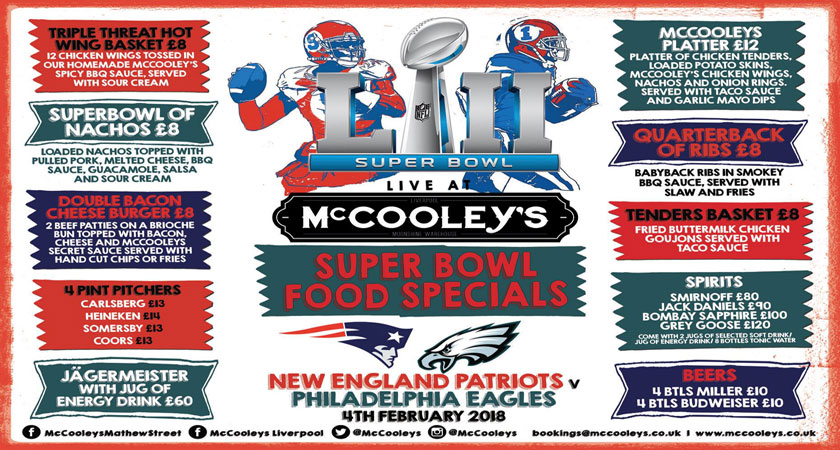 Why not head out for the game?

Where to watch it (selected venues) 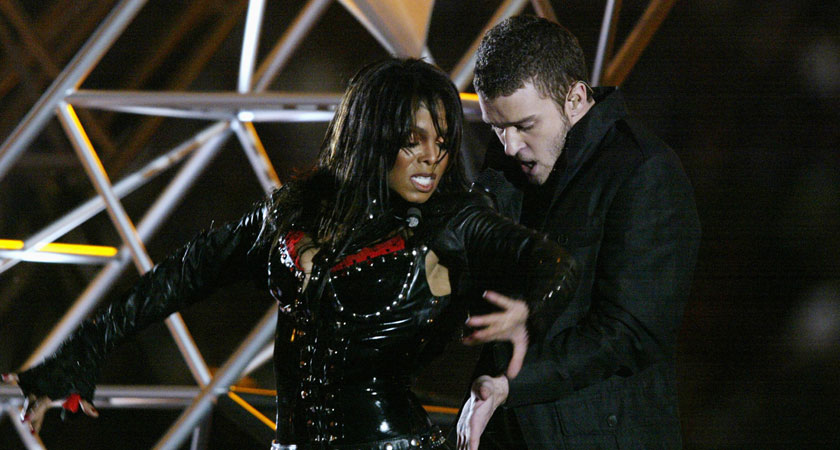 This will be Justin Timberlake's third appearance at the halftime show (Image: Getty)

Justin Timberlake will provide the halftime entertainment, his third appearance at the Super Bowl. He first appeared with NSYNC in 2001.

His appearance with Janet Jackson in 2004 ended in an unfortunate wardrobe malfunction for her.

The Irish punter for the Saints, Daniel Whelan, the first Irish-born player to suit up in the NFL since 1985?