The Jockey's Journal: Willie Mullins is an unbelievable trainer but he needs a rival

SPORT needs great rivalries, and horse racing is no different.

In England, you’ve had it between jockeys Richard Johnson and AP McCoy and trainers Nicky Henderson and Paul Nicholls, but in Ireland it’s less evident.

If things get one-sided, in my opinion it gets lop-sided, and that’s how things currently stand for the Irish with Willie Mullins continuing to dominate.

There's no doubt he’s the best trainer I’ve ever heard of and seen, what he does with the animal is unbelievable and everyone wants a piece of him.

He thinks outside the box in a way that no one else does. Last year at Cheltenham he brought the first three home in the Champion Hurdle, and during the post-race interview instead of celebrating he was already looking ahead to the Melbourne Cup.

But whilst his talent is great for the sport, there's no real contender to knock him off the top spot.

Hopefully Gordon Elliot can challenge him for the Championship as an underdog, but in reality I wouldn’t be surprised to see Mullins reign for the next five years.

On a personal note, the last week has been largely positive.

I headed home to Co. Galway to see my family last Friday after many years away, having landed a winner for John Jenkins that morning.

For the last 15 years it’s always rolled that way, when I go away on holidays I always land a winner before I leave and once I’ve come back. I was lucky enough to ride a horse called St Patrick’s Day, and I guess it all fitted into the theme of flying back to Ireland.

Sometimes when you get to this point in the season and you’re very tired, you go through the motions when you know you’re going away, you get that extra bit of energy.

With Cheltenham only a couple of weeks away that's an added boost and there’s already a huge build-up.

A jockey who's hoping to make an impact is former British Olympic track cyclist Victoria Pendleton. She’s hoping to ride in the amateur race, and from a fitness perspective, there seems to be a lot of talk about whether she can handle the pressure.

I have to admit that Cheltenham is different to most venues, you can definitely hear the noise, but the atmosphere allows you to get into the zone a lot faster. 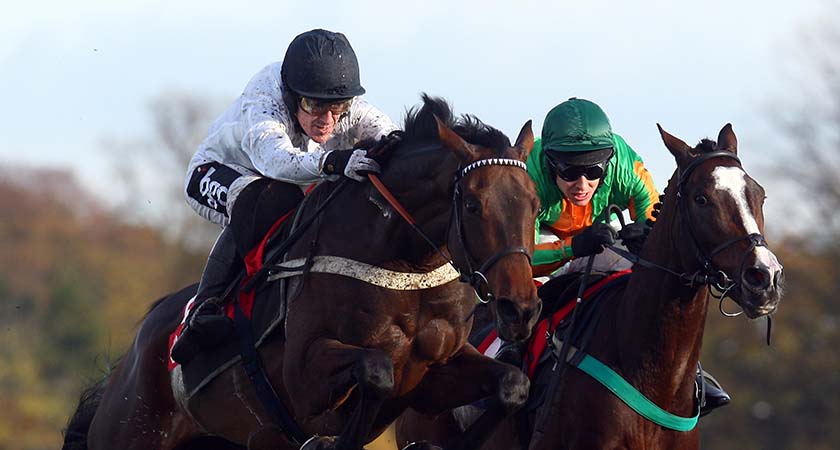 As a kid, I was lucky enough to try boxing and soccer, and I have to say that boxing is probably the closest in terms of fitness training to horse racing. I remember during an amateur boxing fight I found it peculiar to see people sitting eating and drinking, the sounds echoing in this one room. All you could hear was the noise.

Cheltenham brings with it added pressure as well as the noise. To succeed here you have to give punches as well as take punches, so your core has to be fit and your mind focused.

When the animal underneath you gets tired you have to have the strength as a jockey and be tactically aware to give the horse a breather, so from that perspective maybe the lack of experience of the track would get to her.

For me, as long as the sport remains focused on the horses and the talent and not trying to recruit sports stars every year then I welcome the likes of Victoria into events like Cheltenham.

It’s important that the sport always remains focused on the horse, and I believe that betting is a huge factor that prevents this. I’m an animal fan, and I’ve seen the sport lean so much to bookies for sponsorship.

There’s certainly a dark side to betting that’s attracting crowds to focus on making money, instead of appreciating the muscle and strength of the horse.

So, if jockeys like Victoria racing in these high-profile events can bring the focus back to the racing rather than take it away, then it can only be a good thing.