TCG's Liam Gavaghan limped out of Sunday's first London SFC clash of the season with a hamstring injury in the first half. (Pic: Brendan Vaughan)

LATE points from Ryan Kearney and Matt Moynihan tipped the balance for Tir Chonaill Gaels in a compelling opening away championship fixture against North London Shamrocks.

Shamrocks look a different proposition this year under the guidance of Adrian Hanlon and Michael Boyle and their defence coped admirably with the threat posed by TCG for the most part.

Genuine opportunities throughout the game were at a premium but there was still plenty to admire from both teams in terms of workrate, concentration and defensive resolve.

Phil Butler was a rock at the back and led by example for TCG while Donegal's Peter Witherow was an obdurate barrier for NLS in the centre of the park. 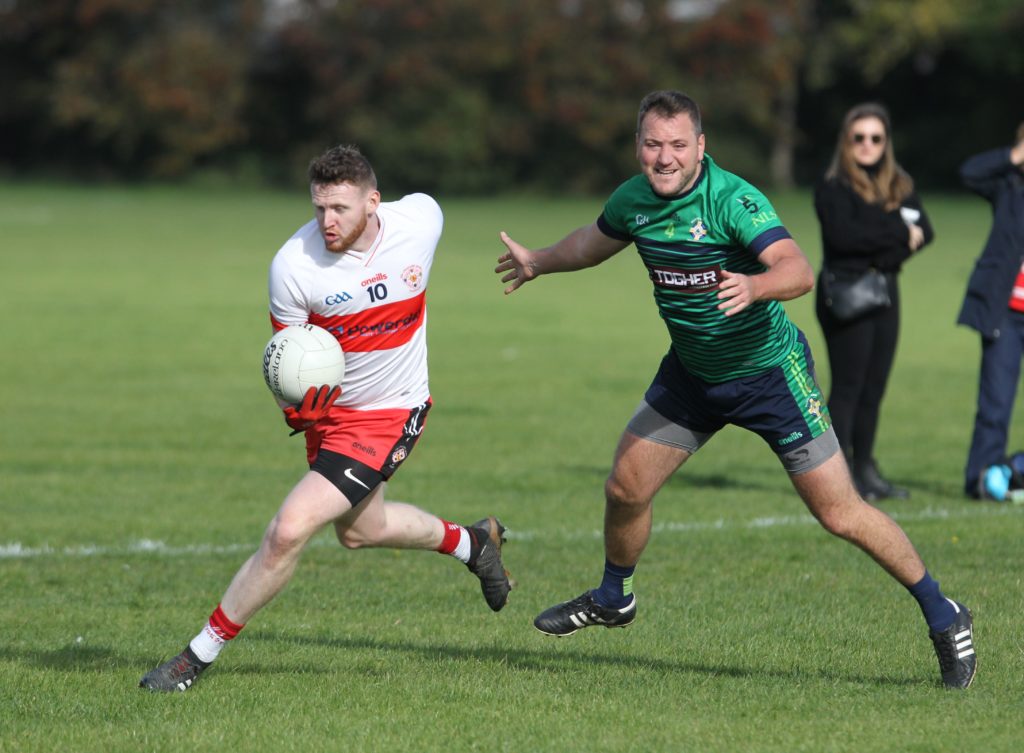 The North Londoners led at the interval thanks to a Brendan McGarvey goal and it was deep into the second half before TCG made inroads.

Their cause was not helped by the loss of both Liam Gallagher and Liam Gavaghan in the first period due to injury.

But last year’s champions showed another dimension to their game and were able to dig deep to chisel out a valuable victory on the road.

It was the visitors who got the scoring under way shortly after the two minute mark. Liam Gallagher drew the foul after neat approach play from Michael McWilliams, Adam Askin and Gavaghan, and it was Gavaghan who sent the ball over the bar to fire TCG ahead.

At the other end, James Hynes narrowly missed with a 45' chance but Gerard Minihane did better from closer in and the Shamrocks were level.

Good work by Anthony McDermott and Gavaghan presented Butler with a chance but his shot dropped just short. Shamrocks edged ahead for the first time shortly after, with the impressive Hynes kicking from distance.

That one point lead soon became four when a long diagonal ball from Minihane on the left flank was touched home by McGarvey for the only goal of the game and NLS were control.

Liam Gallagher departed the action with a dislocated finger and – on the stroke of half time – Gavaghan pulled up with a hamstring injury as he tried to scramble away from his marker on the left.

Both players are central to TCG’s attacking threat and the conditions now seemed ideal for Shamrocks to take full advantage in the second period.

But it was TCG who started brighter after the restart. NLS keeper Eamon Lynott had to scramble low to his left to tip a fine shot from substitute Fearghal McMahon around the post and Coggins’ men restored parity when Brendan Rice and Butler combined to send Aidan Fulcher through and he drew the foul.

Kearney took over kicking duties from Gavaghan and his kick brought the game level.

Moments later Kearney would edge the Gaels ahead with a pressure kick and from that point onwards they never relinquished control. 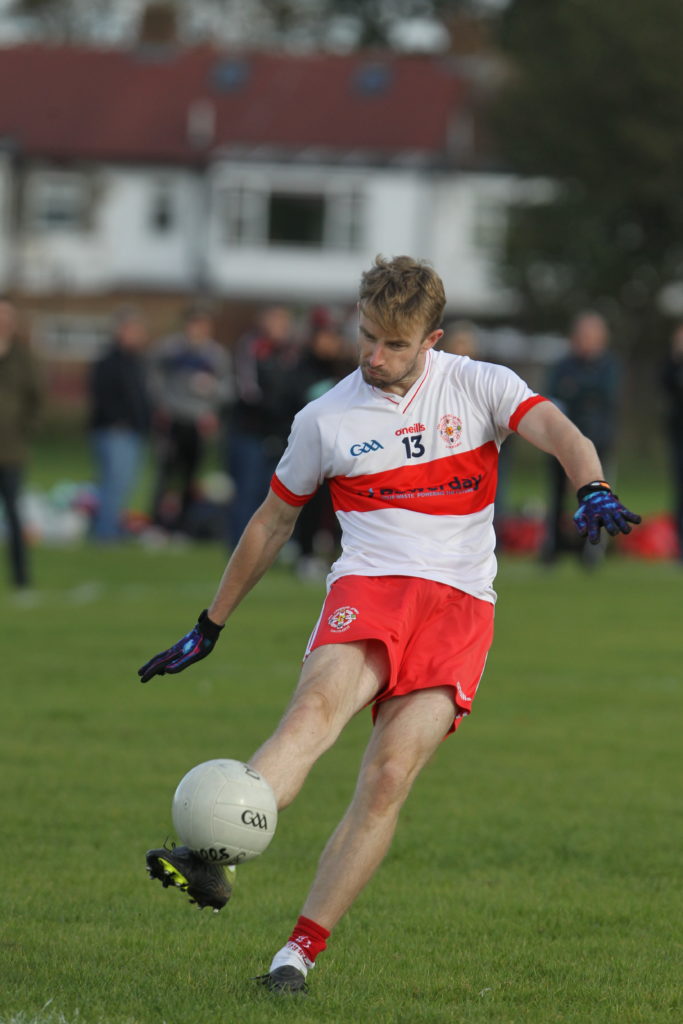 With Further points from from Kearney, Askin and Moynihan bombing forward late on TCG were able to close out the win even if they were far from their fluid best.

“It was a very difficult game,” TCG manager Paul Coggins conceded after the match.

“Michael Boyle and Adrian Hanlon had clearly done their homework and had them ready.

"They made it very difficult for us and you seen different qualities that we had to produce under pressure today.

"We did what we had to do and were able to grind it out despite losing Liam Gallagher and Liam Gavaghan.

He added: "We’ll have a look at the intermediate side to see if there are lads there who are now ready to step up.

“It's an issue for us if we have that pair missing for any length of time. We’ll just have to wait and see. The games come thick and fast now and you want your key players available.”