Dublin , Ireland - 19 November 2019; Troy Parrott of Republic of Ireland during the UEFA European U21 Championship Qualifier match between Republic of Ireland and Sweden at Tallaght Stadium in Tallaght, Dublin. (Photo By Eóin Noonan/Sportsfile via Getty Images)

IT'S been a monumental 24 hours for Tottenham Hotspur.

Mauricio Pochettino out, Jose Mourinho in: Quite possibly the most bizarre managerial shake-up since Chelsea booted the new Spurs boss out in 2007 and replaced him with Avram Grant.

Under the Argentine, Tottenham, for the first time in the 21st-century, firmly removed themselves from their seemingly perpetual stint in European limbo.

They were no longer the team uninterested in the Europa League but not good enough for the Champions League, Pochettino turned them into contenders.

For better of for worse though, the man who shepherded them from the wilderness - Tottenham's Moses - has gone. But what will Mourinho be? A Jesus-type saviour? A Lucifer-type destroyer? Or a passed-his-prime Methuselah? Time will tell.

Ultimately, change is in the air at White Hart Lane, and Pochettino might not be the only thing they lose.

Republic of Ireland striker Troy Parrott has emerged as a surprise transfer target for Bayern Munich.

The 17-year-old has been making waves in Tottenham's youth side, and made his Republic of Ireland debut against New Zealand last week, setting up the winner for Mick McCarthy's side in a 3-1 win. 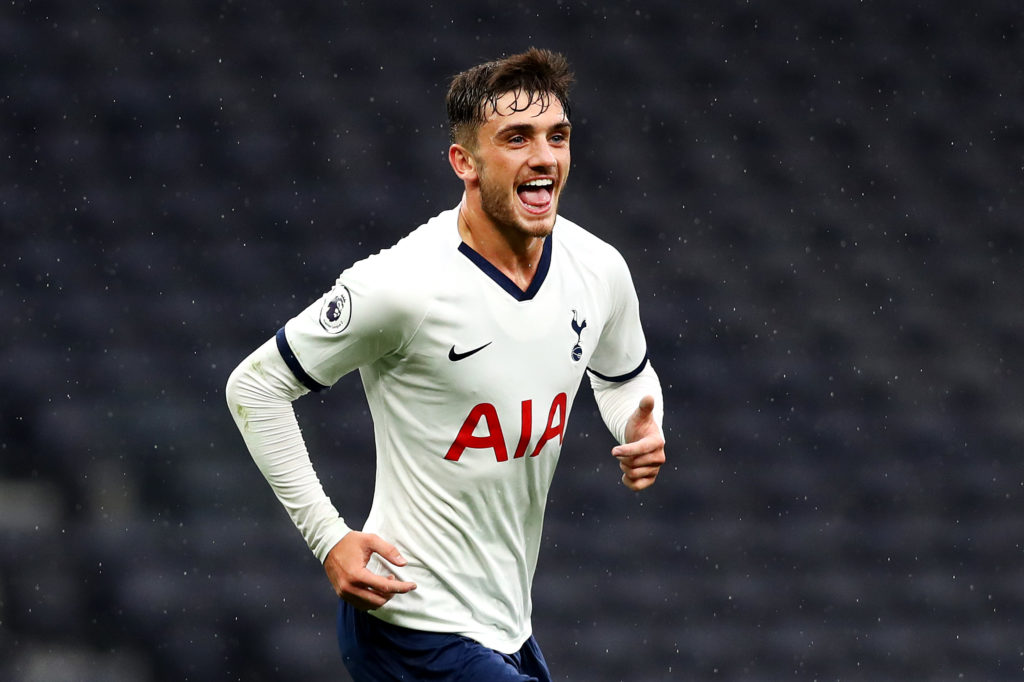 The German champions have been known to dip into the youth academies of English sides. They spent much of last season trying to pry Callum Hudson-Odoi away from Chelsea before the youngster signed an extension in the summer, and in 2011 they made the perplexing signing of Dale Jennings, after plucking him from Tranmere Rovers at the age of 19.

Well it appears they're back at it, eyeing up not just Parrott, but Sheffield United goalkeeper Dean Henderson, on loan from Manchester United, as a potential successor to Manuel Neuer.

Swapping the Premier League for the Bundesliga worked wonders for Jadon Sancho, who left Manchester City in 2017 and instantly found his feet in Borussia Dortmund's side.

News of Bayern's interest in Parrott came just hours after Pochettino's sacking on Tuesday night, and with the Argentine now linked with taking over at the Allianz Arena, it begs the question as to whether this is a move sanctioned by Poch himself - who was known to be monitoring the Irish youngster's progress closely.

Coincidentally, this afternoon, Parrott was captured on Twitter 'liking' a post about how his chances of breaking into the first-team at Tottenham were over, due to Mourinho - not exactly famed for putting faith in young players - taking over. 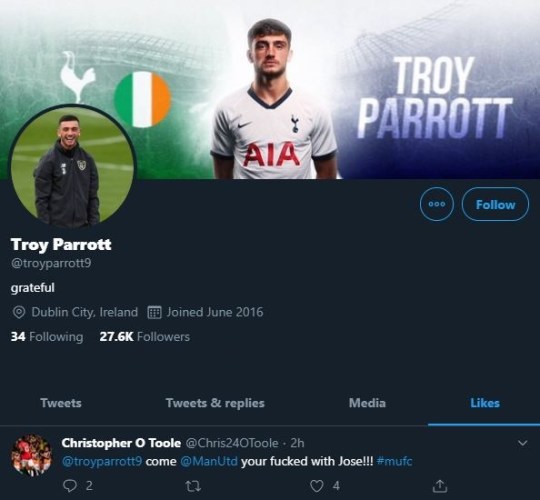