LAUREL HUBBARD has been eliminated from the women's super-heavyweight Olympic weightlifting final after failing to register a single score.

The New Zealander, who made history last month by becoming the first transgender athlete to compete at the Games, failed in all three attempts at lifting beyond 120kg during Monday's final, thus ending her hopes of winning a medal.

As she crashed out, Hubbard made a heart-shape gesture to the crowd.

She took no questions after her exit but in brief comments thanked Japan for hosting the contest and the International Olympic Committee (IOC) for its role in what she said was making sport accessible to all.

"I'm not entirely unaware of the controversy which surrounds my participation at these Games," Hubbard said.

"And as such, I would particularly like to thank the IOC, for I think really affirming its commitment to the principles of Olympism and establishing that sport is something for all people, that it is inclusive and is accessible."

Her controversial inclusion in the competition sparked international debate surrounding the morality of allowing transgender women to compete against biological women in sport. 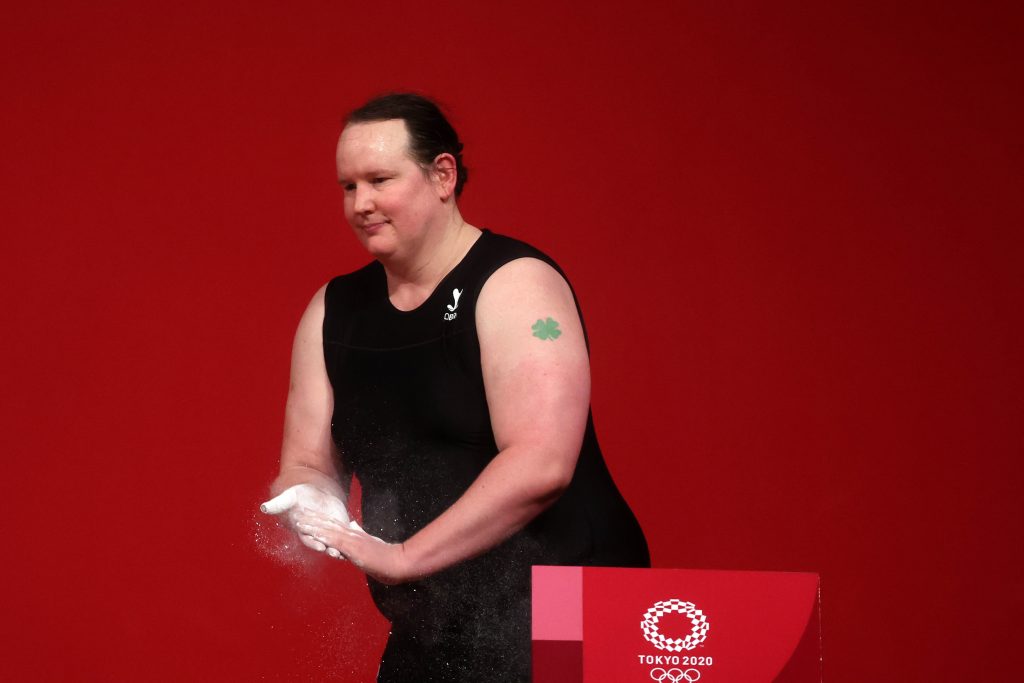 Laurel Hubbard is out of the Olympic final

The 43-year-old competed in men's weightlifting competitions prior to her transition in 2013, and critics say that she has an unfair physical advantage.

There are also concerns that Hubbard's inclusion has now set a precedent that could very well damage or even destroy women's sport later down the line.

The IOC changed its policy on transgender athletes in order to accommodate for Hubbard, whose supporters argue she should be allowed to compete in whichever competition fits her gender identity.