IT MAY have been a year of ups and downs  in 2016 but one thing is for sure, it's been a great year for Irish sport.

Here is a selection of the best photos from Irish sports photography agency Inpho from this year's most action-packed sporting moments.

From the Rio Olympics to the GAA finals we have shortlisted the images that best capture that moment of agony, ecstasy or just the pure brilliance of Ireland's sporting moments. 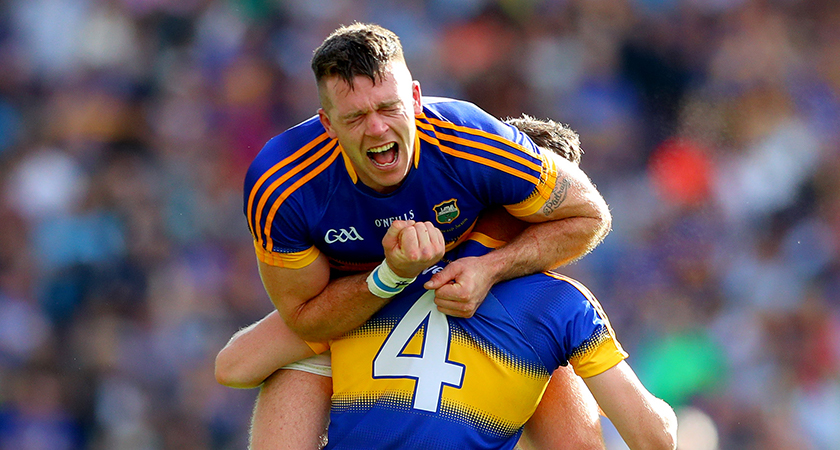 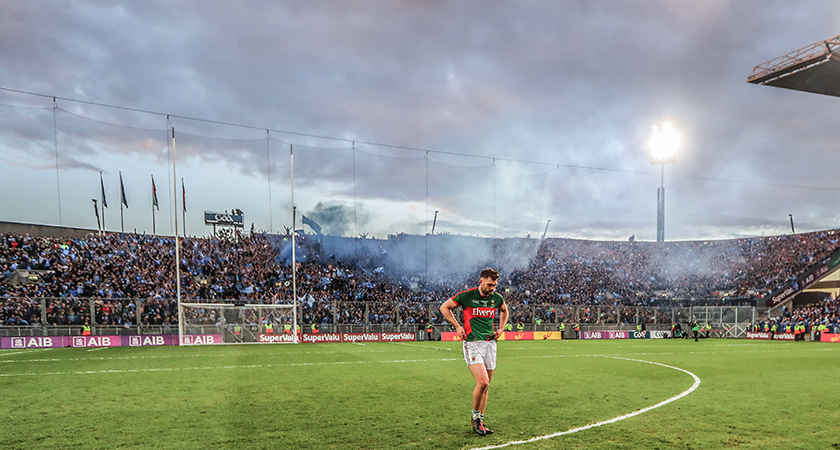 The 'Notorious' becomes the champ 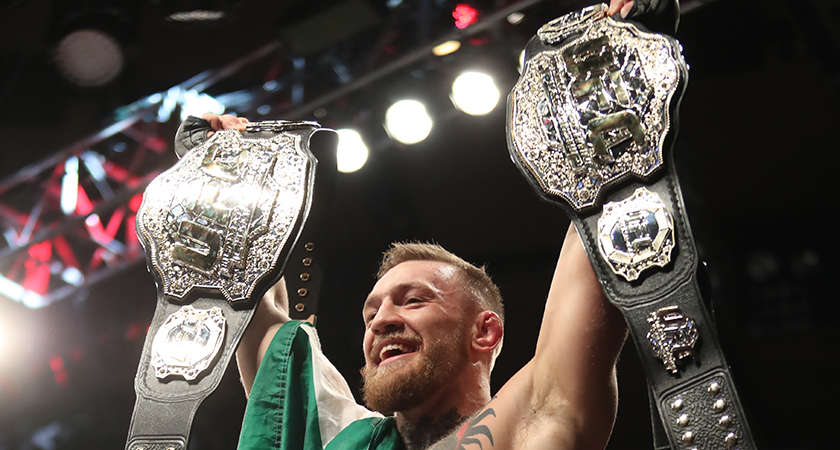 Kilkenny's 22-year waiting game is over 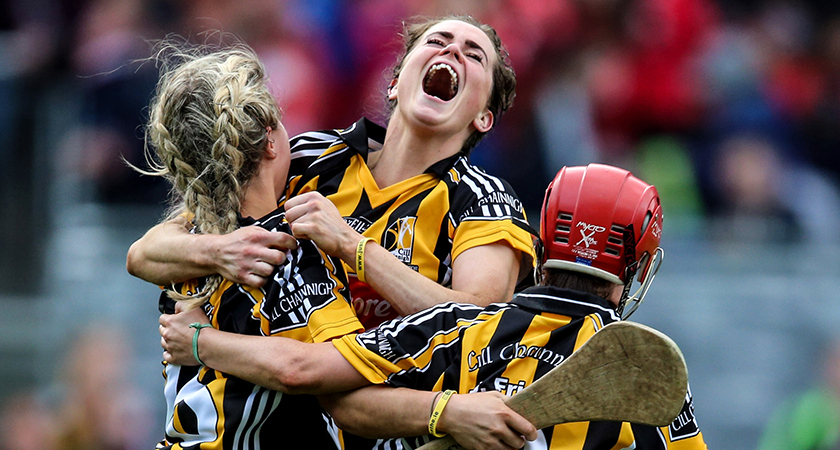 Kilkenny's Katie Power celebrates with Jacqui Frisby and Grace Walsh at the final whistle after beating Cork to win the O'Duffy cup for the first time in 22 years in the Liberty Insurance All-Ireland Senior Camogie Championship Final at Croke Park. (Picture: INPHO/Tommy Dickson) 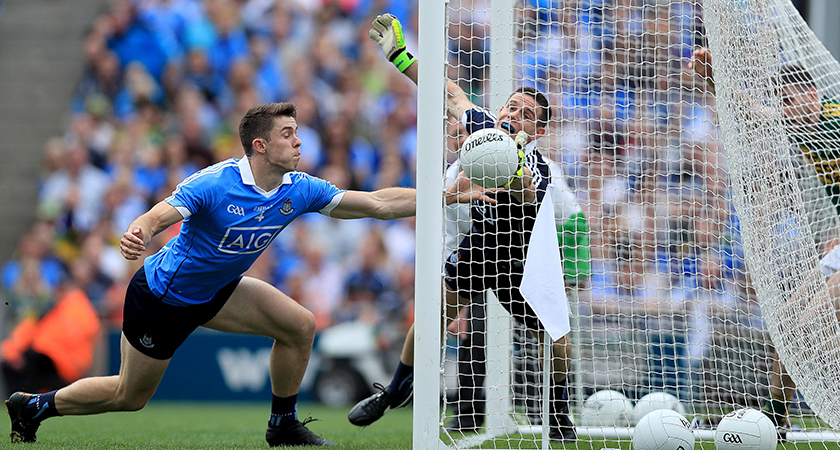 Stephen Cluxton and David Byrne of Dublin try their best to stop Paul Geaney of Kerry's  shot hitting the back of the net at the GAA All-Ireland Senior Football Championship Semi-Final at Croke Park. Dublin went on to win this semi-final 0-22,2-14. (Picture: INPHO/Donall Farmer)

What Katie did next... 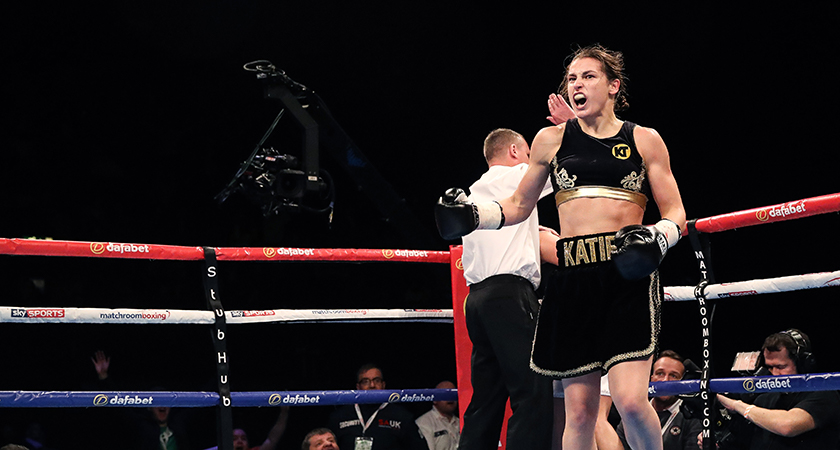 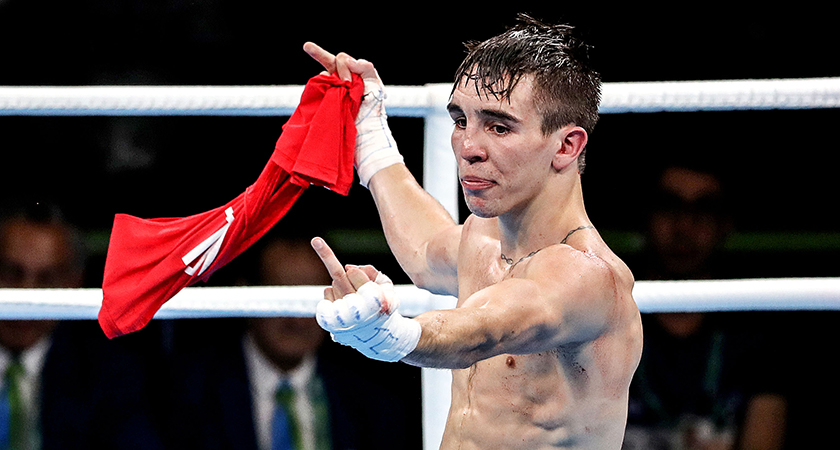 Ireland's Michael Conlon shows his visible displeasure of the judges verdict at the Men's Bantamweight 56kg Quarter-Final at this years Rio Olympics vs Russia's Vladimir Nikitin. Nikitin then pulled out of the semi-final due to injuries from the quarter final bout with Conlan. (Picture: INPHO/Dan Sheridan) 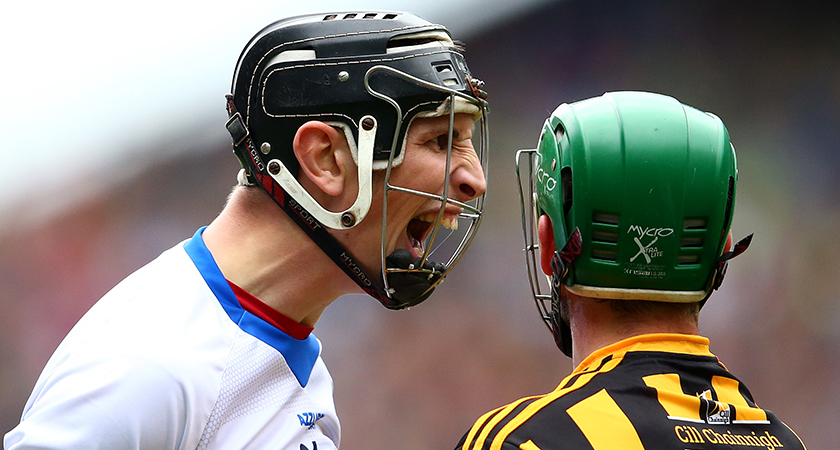 Waterford's Maurice Shanahan celebrates towards Shane Prendergast of Kilkenny after scoring a point in the GAA All-Ireland Senior Hurling Championship Semi-Final, at Croke Park. But it was Kilkenny who booked their place in the final beating Waterford 2-19, 2-17. (Picture: INPHO/Cathal Noonan)

A touching tribute to Anthony Foley 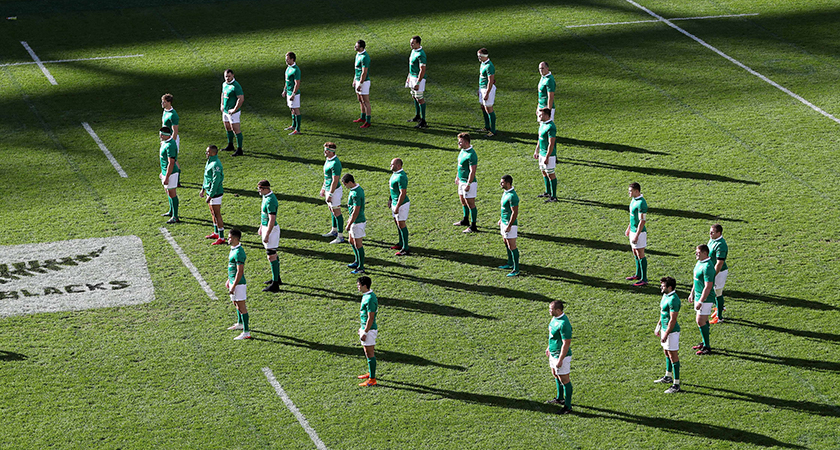 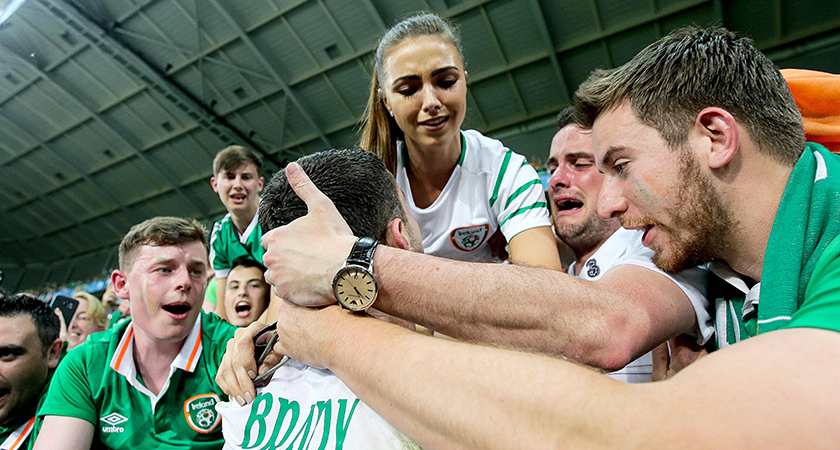 Republic of Ireland's Robbie Brady celebrates his late winner vs Italy at Euro 2016 in Lille with his girlfriend, Kerrie Harris and supporters after the game. (Picture: INPHO/Donall Farmer)

The boys in green 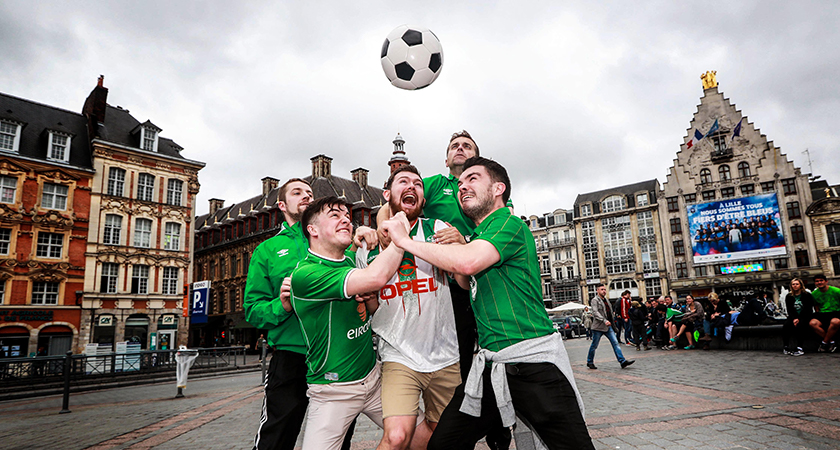 Irish fans play football in the Grand Place in Lille and are honored by French media outlets as being the best and most well-behaved fans at Euro 2016. (Picture: INPHO/James Crombie) 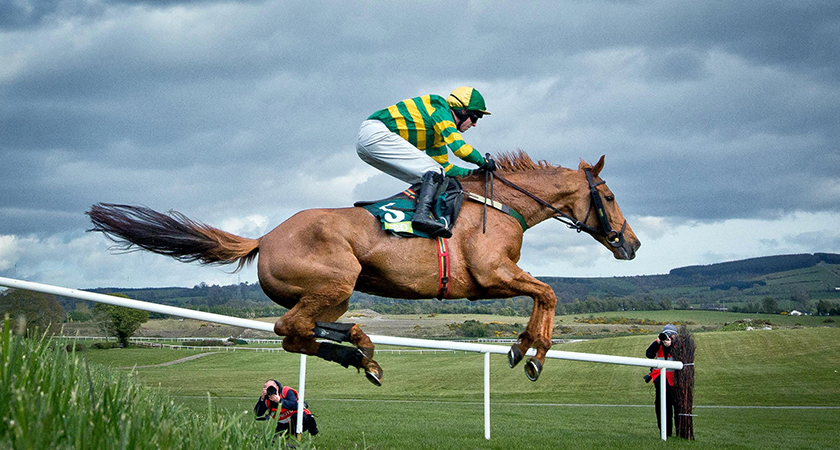 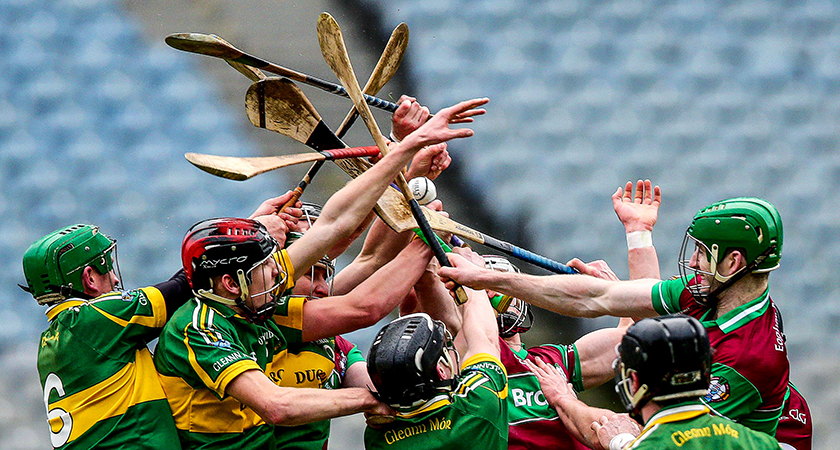 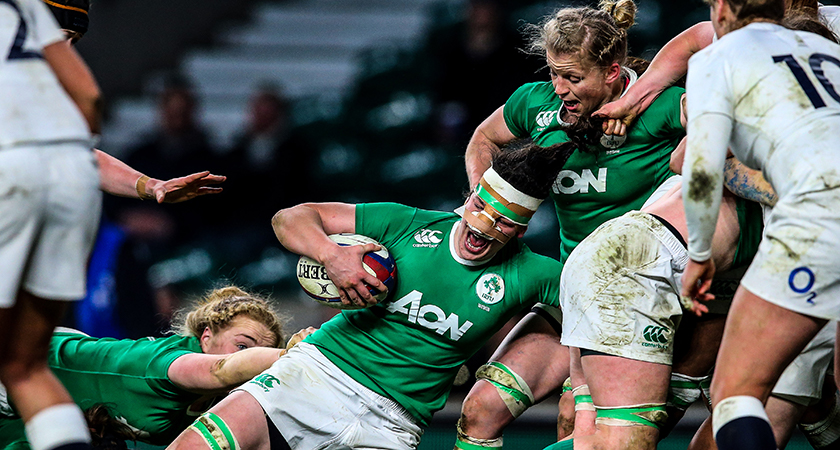 Ireland’s Paula Fitzpatrick gets her hair pulled while playing against England in the Women's Six Nations Championship at Twickenham Stadium, London. England won the match 21-10 in front of a bumper 82,000 crowd at Twickenham. (Picture: INPHO/Billy Stickland) 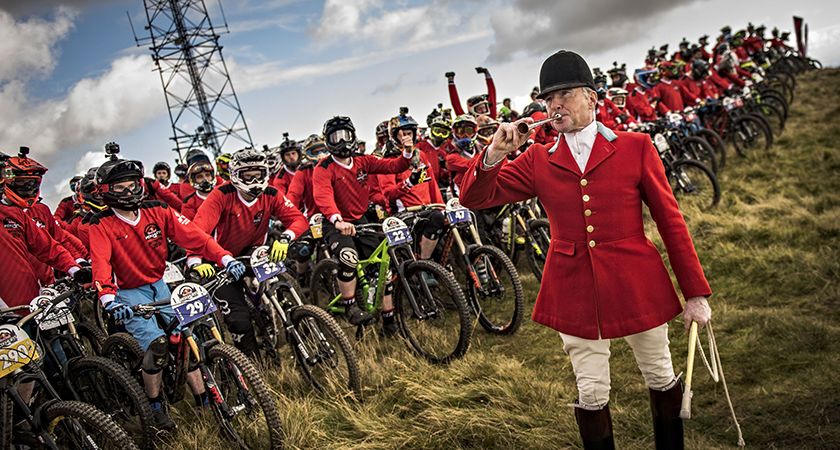 400 riders wait eagerly for the sound of the bugle to start the 2016 Red Bull Foxhunt 2016 in Northern Ireland's Rostrevor Mountain. The riders took on the treacherous 3.5 mile downhill course early in October as they try to complete the course as quickly as possible in order to outrun the Fox - former mountain biking World Champion Gee Atherton. (Picture: INPHO/Red Bull/Sebastian Marko)

Coming up for air 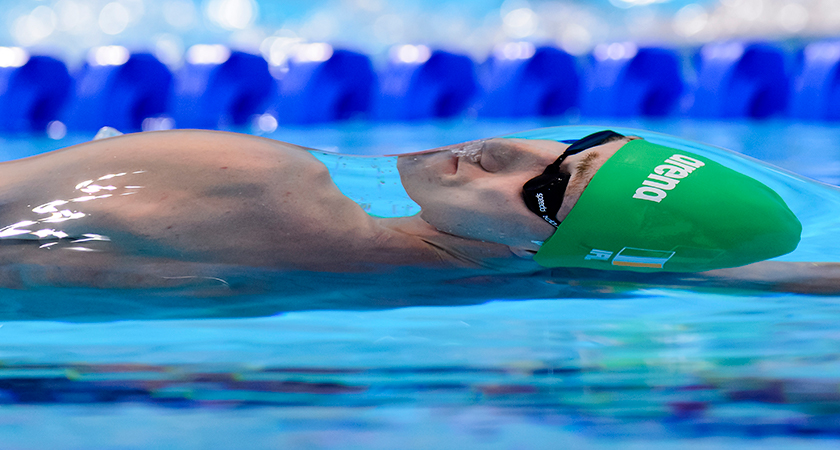 Ireland's Shane Ryan comes up for air during the 2016 LEN European Swimming Championships, at the London Aquatics Centre, London, England. The Irish Men's 4x100m Men's Medley Relay Final broke the national record in the 400 medley relay in both prelims and finals at the European Championships coming 7th in the final. (Picture: INPHO/Andrea Staccioli )

A true champion at Cheltenham 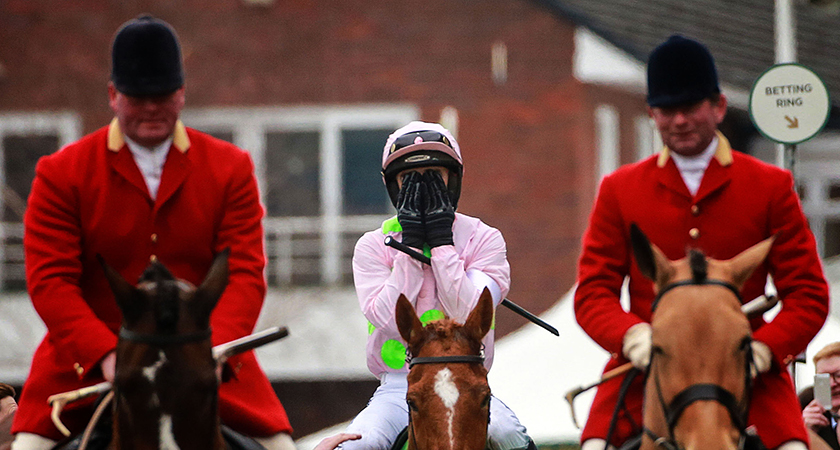 Three year old Anna Crombie rides her bike as the An Post Rás passes through her town of Rahugh, Co. Westmeath. Austrian cyclist, Clemens Fankhauser picked up the An Post Rás trophy for the second time this year having won it two years back in 2014. (Picture: INPHO/Morgan Treacy) 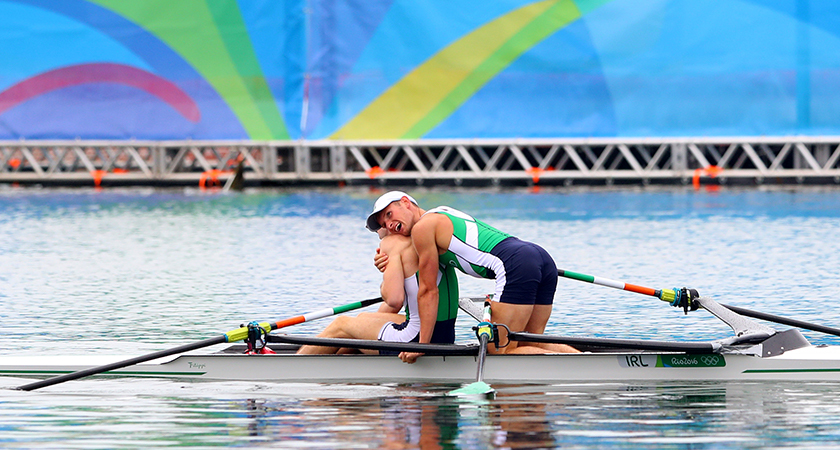 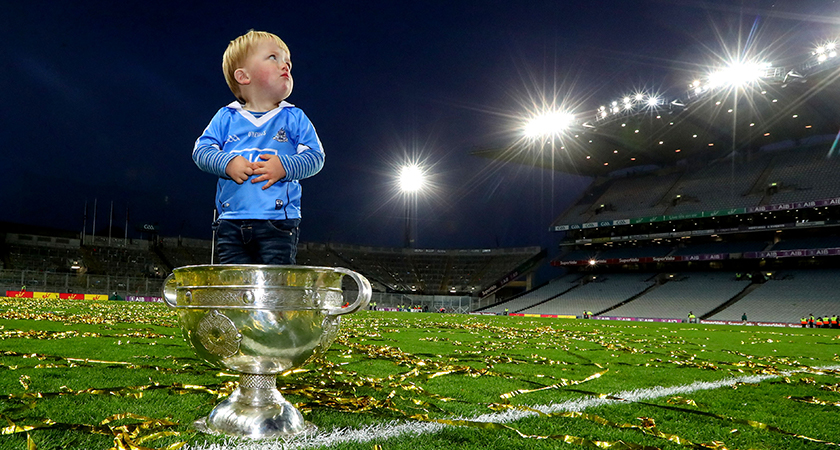 After the celebrations die down at the All-Ireland SFC Final Replay at Croke Park, Dublin’s Denis Bastick's son Aidan, stands in the Sam Maguire cup after the game. Defending champions, Dublin won the final replay vs Mayo 1-15 to 1-14. (Picture: INPHO/James Crombie )