TYSON FURY has retained his WBC heavyweight title after knocking out Deontay Wilder in the 11th round of a thrilling fight in Las Vegas.

The second-generation Irishman was knocked down twice in the fourth but recovered to dominate the contest before his victory in the penultimate round.

Asked afterwards how he felt about being floored twice in the fourth, Fury revealed he took it in his stride. 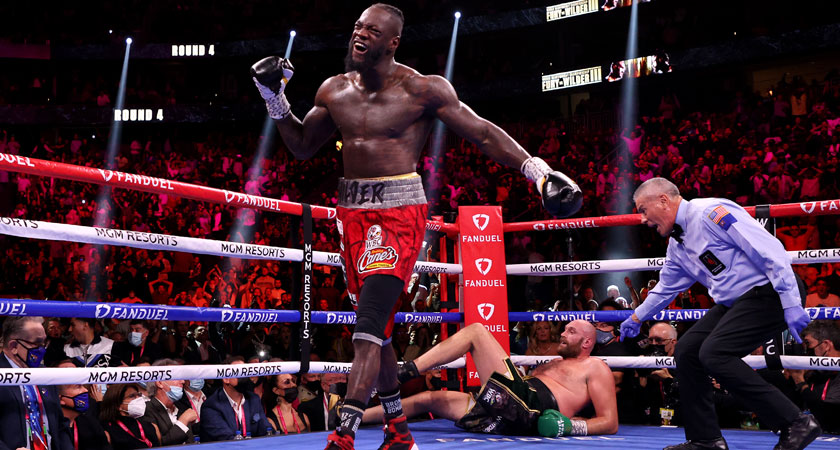 Wilder knocked Fury down twice in the fourth round (Image: Al Bello/Getty Images)

The long-awaited trilogy bout was worth the wait, having been held up by the pandemic and legal wrangling as Fury sought out a fight with Anthony Joshua.

Their first fight in December 2018 had ended in a split draw, with Fury winning the February 2020 rematch by TKO in the seventh.

They saved the best for their third meeting though, with the crowd at the T-Mobile Arena in Vegas treated to a thriller. 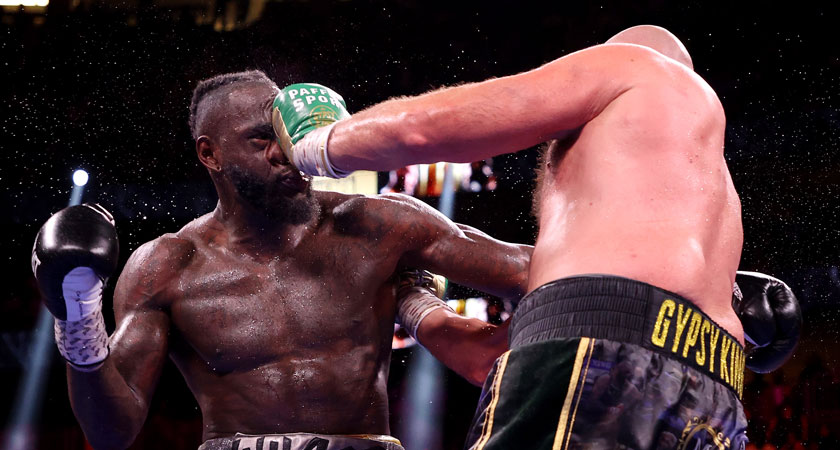 Wilder, who attributed last year's defeat to his ring walk costume, started confidently with a flurry of jabs to Fury's body.

However Fury soaked up the pressure from the American and floored Wilder in the third.

After forcing him onto the ropes, Fury unleashed a brutal left-right combo to send his opponent to the canvas.

With Fury sniffing blood, the bell allowed Wilder to recompose himself and he floored Fury not once but twice in the following round. 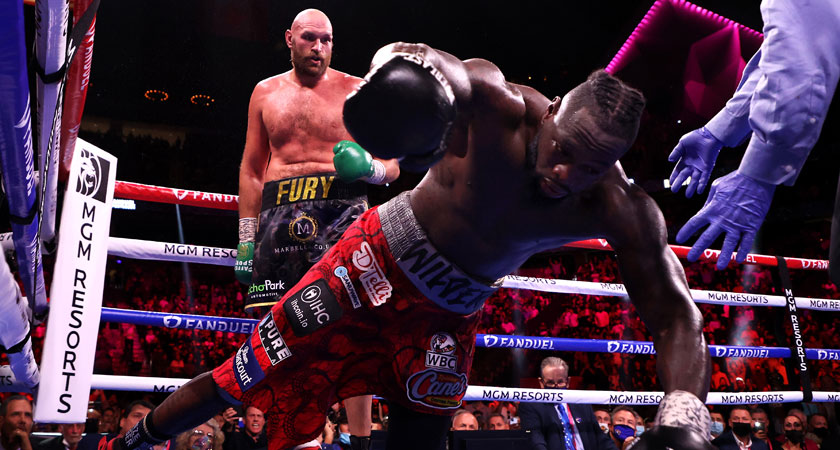 Fury floored Wilder for the third time in the 11th round for a TKO (Image: Al Bello/Getty Images)

The American's powerful right hand ensured the Gypsy King was floored twice in a round for the first time in his career.

But that was as good as it got for Wilder, with Fury upping the ante after his fourth-round scare while the American began to tire.

The Manchester fighter soaked up everything Wilder — who, at 238lb, was at the heaviest of his career — could muster.

Meanwhile Fury — who was also at his heaviest at 277lb — gradually wore down his opponent as he picked his punches. 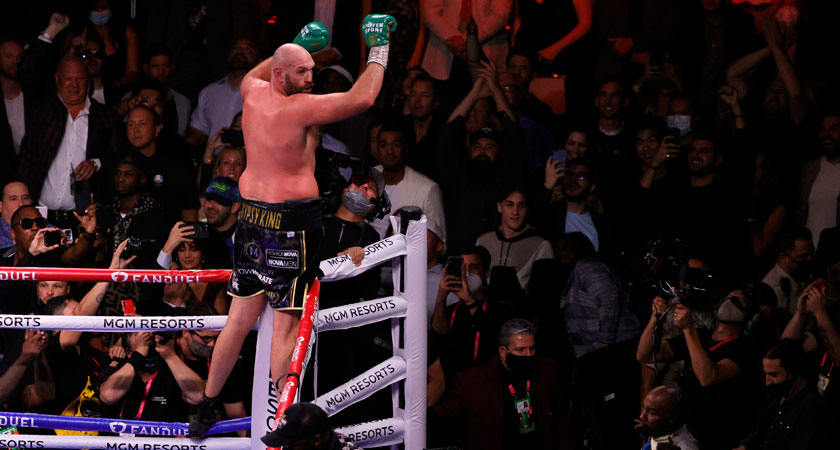 Despite a scare in the ninth when a bleeding Wilder landed a savage uppercut, Fury remained in control and felled his opponent again in the 10th with an overhand right.

A flurry of blows in the 11th culminated in another powerful right to the head as Wilder's resistance was ended.

After the fight, Fury declared: "I am the greatest heavyweight champion of my era, without a doubt. Number one.

"If you play with fire long enough you will get burned."