WHEN Chris Coleman leads his Wales team out at Dublin’s Aviva Stadium on Friday he will be revisiting a city with a special place in his heart.

Coleman’s late father, Paddy, grew up in Dublin and died three years ago at the age of 74.

Paddy, who missed out on seeing his son lead Wales on their historic run to the semi-finals of Euro 2016, had his ashes scattered in the River Liffey along with a pint of Guinness after his death.

Now Chris Coleman will return to the city where he said goodbye to his father hoping to keep Wales' World Cup dream alive by toppling Martin O’Neill’s men – who currently sit top of the 2018 World Cup Qualification Group D.

“We put his ashes outside the Brazen Head pub next to the River Liffey which is the oldest pub in Dublin,” said the Wales manager.

"My two sisters and my wife were with me when we did it. It was incredibly poignant.

“I won’t be going back this time, it’s not a friendly visit. I’ll think about my father because it’s his city and he would have wanted us to do well.

"I’ll have a pint after the game definitely and that will be remembering him. But beforehand it will be business.”

In stark contrast to their incredible form in the summer, Wales have won just one of their four qualifying games, leaving them in third place, four points behind Group D leaders Ireland.

Defeat at the Aviva Stadium would seriously hurt their chances of reaching their first World Cup in almost 60 years.

Coleman also revealed that during his playing days, he was approached by then Republic of Ireland manager Jack Charlton to turn out for the boys in green.

But Coleman said his Irish father never encouraged him to switch allegiances and supported him throughout a career which saw him win 32 caps for Wales. 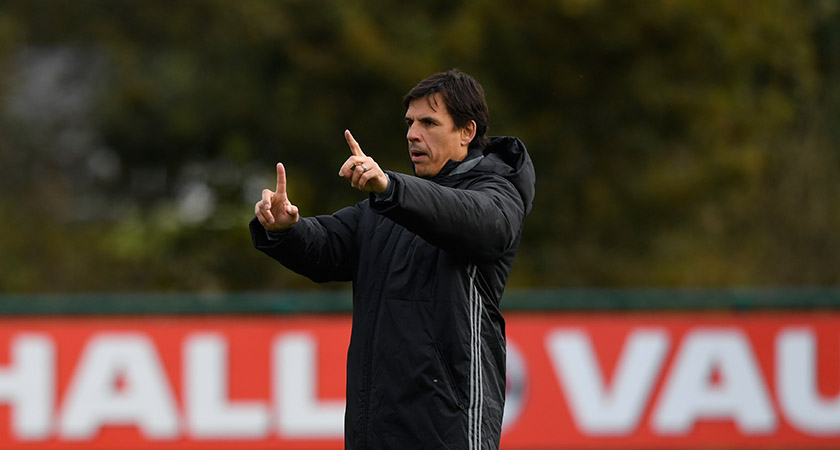 “If you had shown a bit of talent then you would play for south Wales. You would play against north Wales. It was all about playing for Wales.

“He was a huge football man, he loved football. He was a good parent, a great father.

“"There was talk about it when Jackie Charlton was manager of the Republic and there was a tentative phone call that came my way. But (my dad) was always Wales."

Coleman remembers his Irish father as a supportive influence, unlike the typical pushy parent on the sidelines.

"I started playing football at seven and he was one of those who never raised his voice. He guided me,” Coleman recalls.

"I watched parents sometimes on the touchlines at youth games and they are screaming and shouting which is not the way to go.

"But he was the opposite of that. He was always a quiet talker, but he was massive for me as a youngster coming through.

"It was huge. I wouldn't have got to different levels I got to without his guidance. He was brilliant, fantastic.

"He lived in Swansea for 50 years, he still had his Dublin accent and never changed.

"Unfortunately for him it was going wrong for me with Wales so he never got to see us at the tournament. I was very close to him."