Warwickshire GAA returns this weekend with a bumper programme

THE long, long wait is finally over as the GAA in Warwickshire gets ready to resume the 2020 season.

Fixtures were suspended on March 12 due to Covid-19 but the return to play programme issued last week by the Gaelic Games Council of Britain (GGCB) means that football league games can resume this Sunday, September 13, and that's credit to all those at both county and provincial level who have been working tirelessly behind the scenes to create the platform for games to return. 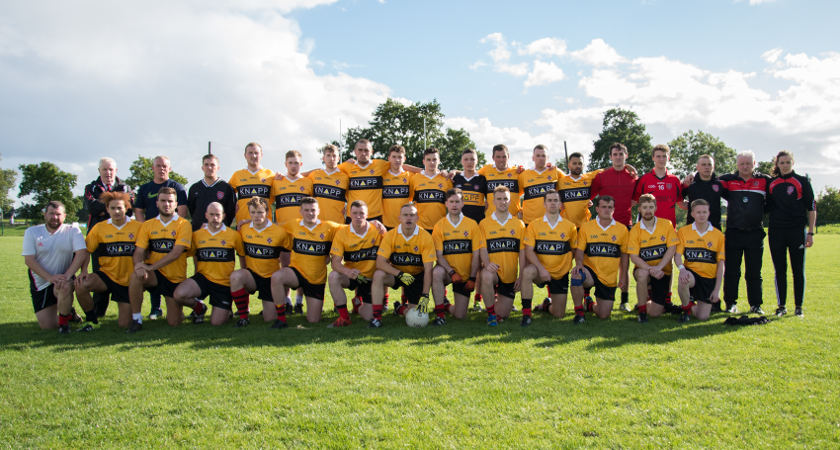 Roger Casements (pictured) begin the defence of their Senior Football League title at home to John Mitchels this weekend [Picture: Chris Egan]
The revised format will lead immediately into the Senior Football Championship - which is a straight knock-out contest, which in itself brings an intriguing dimension to this year’s competition – put simply there’s no margin for error this October so clubs will have to hit the ground running when the championship comes calling.

Given the state of flux created by the pandemic, there’s been plenty of personnel changes for clubs across the county.

Mitchels have seen the biggest turnover across their panels, with thirteen players coming and going since lockdown began while four players have left Casements and two have left Sean McDermotts.

The question for this autumn is which club can cope best with all the external factors this year has brought.

For McDermotts, the quest for ‘seven in a row’ begins with a league trip to Erin go Bragh on Sunday, September 13 (throw-in currently set for 1pm).

With five clubs in the Senior Football League (St Brendans are the fifth team who have a bye this weekend) all will be looking to seal a top two place to jump straight into a semi-final berth in the championship.

The remaining three clubs, plus the top placed intermediate club, will fight it out in the quarter-finals.

With Saturday, September 12 the first day available to the county to stage games, there’s a return to hurling action as Erin go Bragh take on St Finbarrs at Holly Lane (throw-in set for 2pm) in the Intermediate Hurling Championship.

St Barnabas are the third side who will contest the intermediate competition, with all three combining as a select side to face Mitchels in a one-off Senior Hurling Championship final set for October 11.

By: Anthony McLaughlin  -  1 month ago