SOME fans genuinely believe certain referees are against them.

You know the ones. They're adamant about it.

Despite the fact that their side just bagged their second offside goal of the day, and their centre back just flew studs-first into the kneecap of the opponent's striker and escaped with a just a stern look and a disappointed finger-wag from the man with the whistle -  they'll flip out because: "that cheating *insert expletive here*' gave them a throw-in when it was clearly ours!"

Well, if you know anyone who supports a side in Holland's fourth tier - and we presume you all do - they might just have a case for such grievances - especially after this absolute corker of a refereeing mishap.

In a match between fierce rivals (we assume), Harkemase Boys and HSV Hoek, the ref got a little too close to the action.

During a goalmouth scramble, the official ran to within yards of the ball - presumably because he'd just spotted a penny in the grass or something. 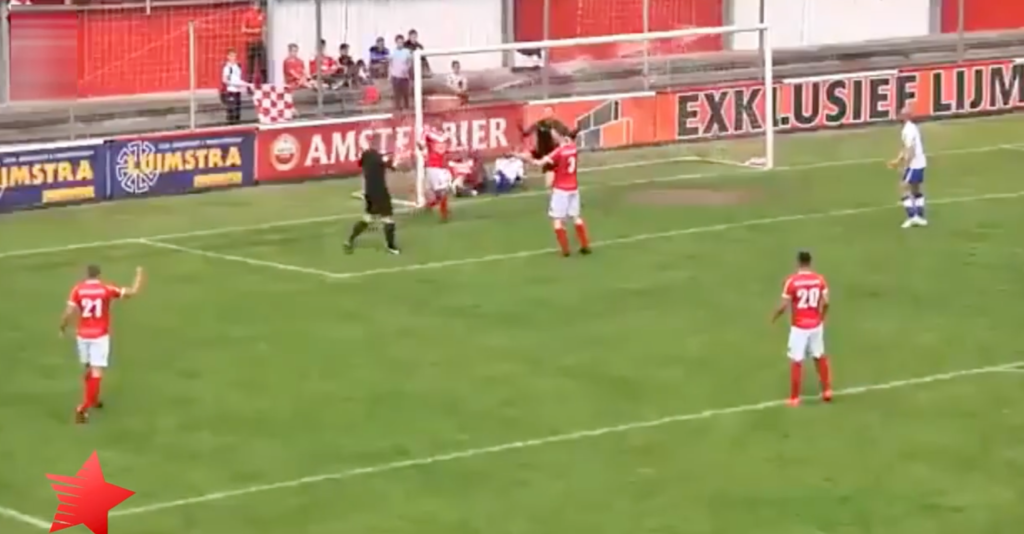 As the ball crosses the line, the players look on as disbelief as the referee awards the goal

Hilariously, he pauses for a moment, soaking in the magnitude of his utter bone-headedness, before signalling for a goal.

The players are shocked that the goal hasn't been ruled out

He's then forced to run away from a host of furious Dutch footballers who wanted to know why he'd decided to channel his inner Robbie Keane with such a deft near-post finish.

In soccer, the referee is treated like a goal-post. If the ball hits him, then the ball hits him. There's nothing anyone can do about it. But when the goal-post is actively trying to get on the scoresheet we think it's getting a bit out of order. 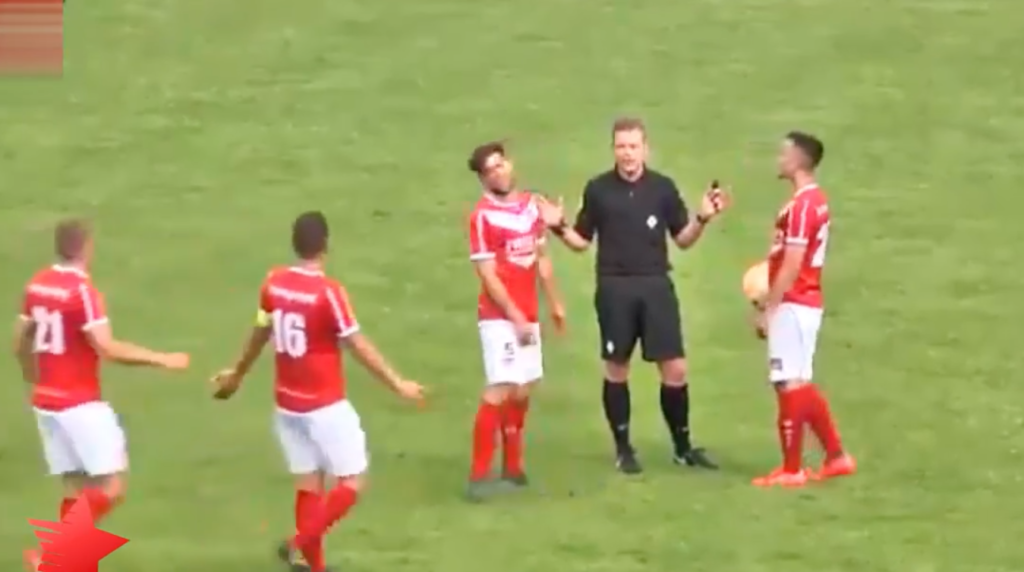 The players surround the goal-scoring referee

Be sure to check back in to the Dutch fourth division next season, and don't be too surprised if you see a referee topping the goal-charts. Such is their custom apparently.

Here's the video below.