Wes Hoolahan: ‘We’re not giving up just yet’

Wes Hoolahan is preparing for a crucial time for club and country over the next few months and he feels both the Republic of Ireland and Norwich City can prove their critics wrong.

The classy playmaker is busy preparing for life back in the Premier League with Norwich next month, while Ireland's hopes of reaching Euro 2016 in France next summer could be revitalised or extinguished in their next two fixtures.

Hoolahan is not paying too much attention to the doom and gloom merchants backing Ireland to miss out on next summer's party in France and Norwich to go straight back down to the Championship after winning the play-off final against Middlesbrough in May.

He is refusing to give up the ghost and says the Republic will battle on until it is mathematically impossible to qualify for Euro 2016, insisting it is vital they take six points from September’s double-header with Gibraltar and Georgia to keep up the pressure on their Group D rivals Scotland, Poland and Germany.

"The next two games are massive for sure and we really need to take six points to keep the pressure on the other teams above us," Hoolahan told The Irish Post.

"If Scotland or Poland slip up in their next two games it gives us a chance and it is one we are determined to try and take.

"The whole country was disappointed that we were not able to beat Scotland last month, but we are not giving up just yet. It is not in our own hands, but we are still confident we can qualify.

"There are four games left in qualification and we all believe if we can win three of them we will have a great chance of qualifying and reaching the finals in France.” 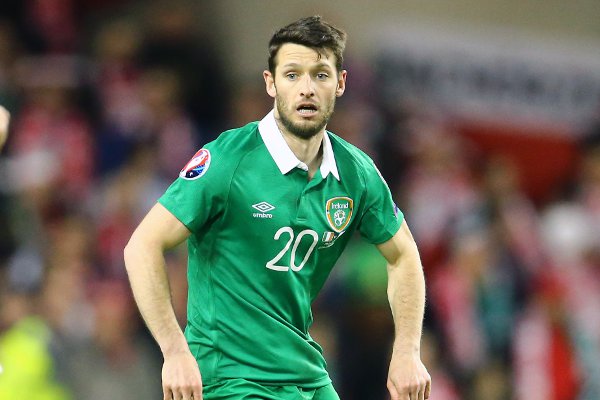 Hoolihan is enjoying a new lease of life for Ireland under Martin O'Neill (Picture: Inpho)

At the age of 33, Hoolahan's talents have finally been recognised on the international stage by Martin O'Neill after the skilful schemer was criminally overlooked for duty with the Republic by O'Neill's predecessors, with pundits and fans calling for Hoolahan's creative spark to be utilised more often.

Hoolahan started six of O'Neill's first eight games in charge of the Republic and the former Celtic manager has been repaid for the faith he has shown in the Norwich man with a number of stellar displays in the green jersey.

The former Shelbourne man is thankful to O'Neill for giving him a chance to establish himself in the Republic set-up and says his backing has provided him with a massive confidence boost.

"The gaffer has played me a lot and I am thankful to him for that and always try to do my best when I put on the green jersey," continued Hoolahan.

"It is a great confidence boost for the gaffer to show his trust in me and tell me to go out there and perform and try and do well."

O'Neill was linked with a possible return to former club Leicester City this summer, but Hoolahan is delighted the former Celtic boss has stuck with the Republic.

"Martin has come in and done great since taking over and I and the rest of the lads really enjoy playing for him," noted Hoolahan.

"I saw the links with the Leicester job, but I am just happy he has stayed with Ireland and I believe we are on the right track under him."

Hoolahan made his Republic debut in 2008 against Colombia, but has gone on to win only a further 18 caps in the seven years since making his bow.

It has only been since the appointment of O'Neill that Hoolahan's long due emergence as a prominent player for his country has been fulfilled, but the Dubliner has no regrets that he has not won more caps than he arguably should have in his career.

"I don't have any regrets about not winning more caps," said Hoolahan. "It is always great to play for Ireland and there is no prouder moment for me than representing your country.

"In the last few years my form has been good and that has given me the chance to play for my country.

"Maybe some managers have not trusted me enough to play me, but I have found that trust under the current manager and I just try and do my best for my country every time I play." 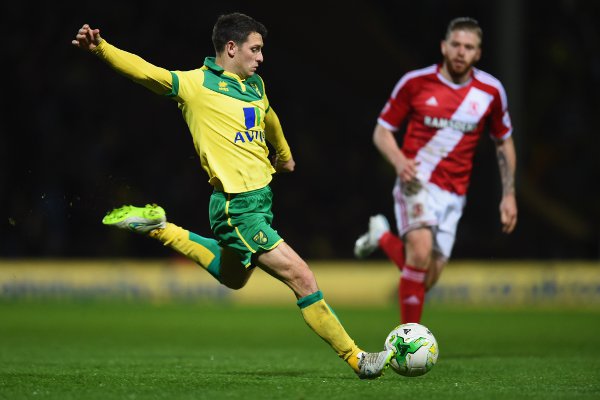 Hoolahan is back in the Premier League with Norwich after a season in the Championship (Picture: Getty)

The countdown to the new season is getting ever closer and Hoolahan cannot wait to pit his wits against the best players in the world again after Norwich won promotion back to the Premier League at the first time of asking.

It will be Hoolahan's fourth season in the top-flight with Norwich and he is confident they can learn from the mistakes of the 2013-14 season – when they are relegated – to plot their survival this coming term.

"Everyone at the club is looking forward to being back in the Premier League as it is where everyone strives to be," continued Hoolahan.

"It was a great occasion to win in the play-off final against Middlesbrough to get back to the Premier League, but that will be a distant memory once the first game against Crystal Palace comes around.

"A lot of people have tipped us to get to relegated which happens when you win the play-offs, but we feel we have got the experience to stay up.

"Quite a lot of the boys in the squad have played in the Premier League before and with a few more additions to strengthen us I am sure we can enjoy a good season.

"We are a tight-knit group, we all know each other’s game and I think that will help us as we are all in it together.

"The lads are still buzzing from going up and if we can get off to a good start and can keep the momentum like we did when the club went up to the Premier League in 2011 I am sure we will surprise a few people."

Manager Alex Neill was the mastermind behind Norwich's successful promotion last season and Hoolahan insists the young Scot deserves enormous credit for turning around the club's fortunes in such a quick space of time after only joining in January from Hamilton.

"The gaffer came in midway through the season and the turnaround was amazing," noted Hoolahan. "We were eighth or ninth when he came in and he nearly got us promoted automatically, but we just missed out and had to do it through the play-offs.

Neill is winning a lot of admirers for his style of management and Hoolahan says the Scot will not change his attacking style against the heavyweights of the Premier League.

"The gaffer is very meticulous and he sets us up to go and win every game we play in. His record at Norwich so far has been phenomenal and I am sure he will not change his style just because we are in the Premier League.

"We go out into every game with no fear and if we give it all I am confident we can have a good season."