Eoin Morgan says the memory of his side’s capitulation in the last World Cup was the catalyst for a change of approach.

The Irish-born batsman will captain England in Sunday’s Cricket World Cup final, as his adopted nation bids to make history.

England made the final in 1987 and 1992 but went down to Australia and Pakistan respectively.

But having seen off old nemesis Australia in a one-sided semi final yesterday, confidence is high they can break through the glass ceiling against New Zealand at Lords. 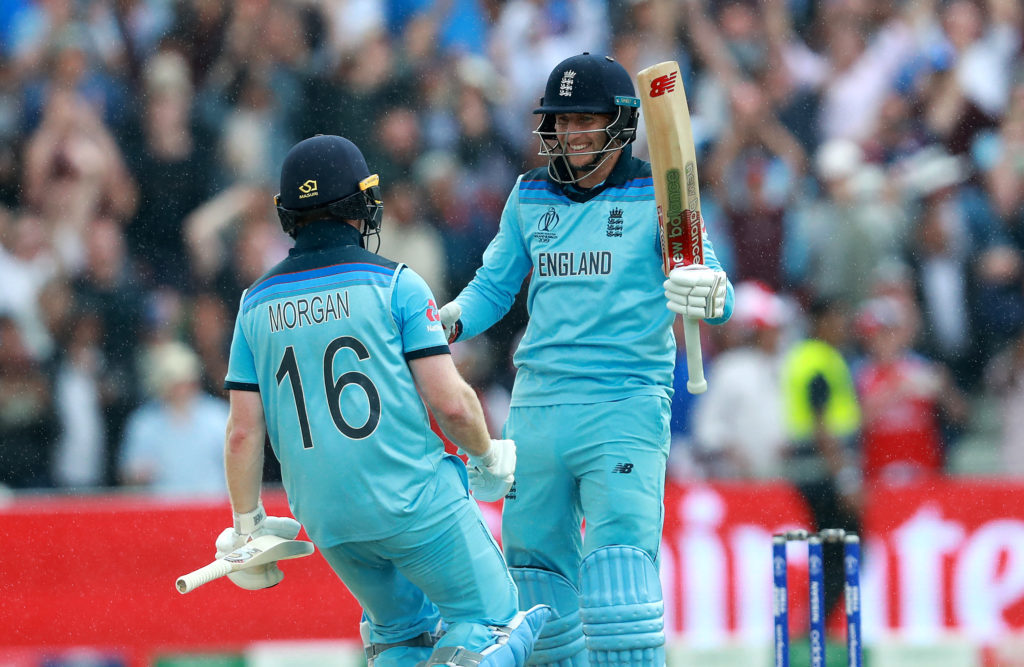 Joe Root (R) and Eoin Morgan of England celebrate victory during the Semi-Final match of the ICC Cricket World Cup 2019 between Australia and England at Edgbaston on July 11, 2019 in Birmingham. (Photo by David Rogers/Getty Images)

"If you had offered us the position to play in a final the day after we were knocked out of the 2015 World Cup, I would have laughed at you,” said Morgan after Thursday’s match.

“Us, as a team, we have learned to enjoy ourselves, particularly days like this, even if they don't go well.

"I think giving ourselves the opportunity for Sunday's final is brilliant. We'll be giving it everything we can in order to try and win that game.”

The opportunity of going further than any England side has managed would weigh heavily on many captains’ shoulders. But Morgan insists he and his side will play with exactly the same positive approach that has got them this far. 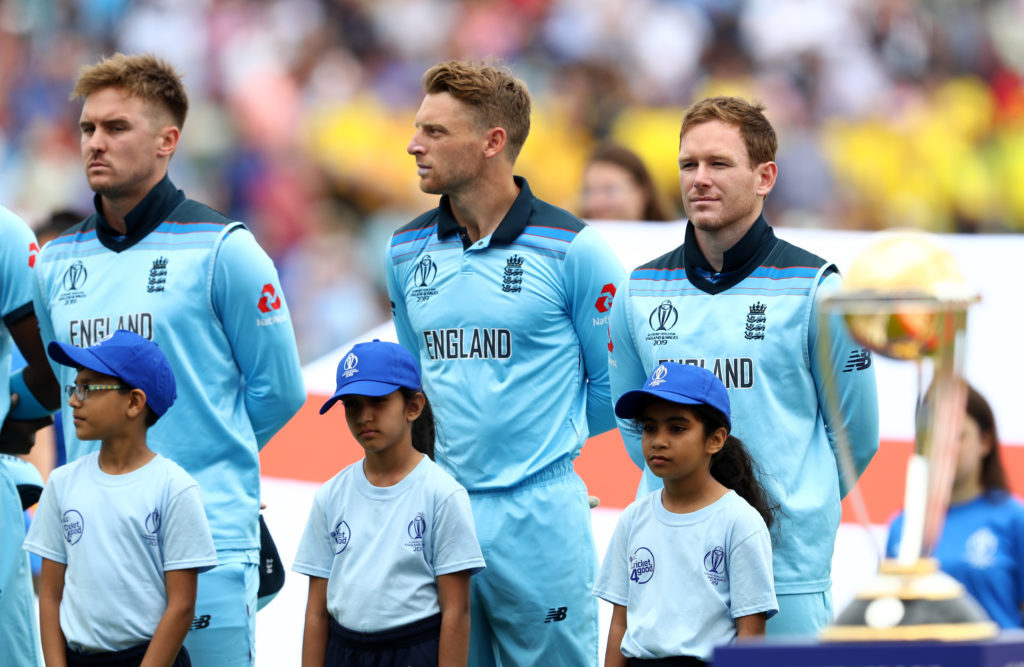 Eoin Morgan of England (r) lines up for the national anthem alongside Jos Buttler (c) and Jason Roy prior to the Semi-Final match of the ICC Cricket World Cup 2019 between Australia and England at Edgbaston on July 11, 2019 in Birmingham (Photo by Michael Steele/Getty Images)

"Sunday's not a day to shy away from, it's a day to look forward to, much like against Australia” he said.

“We have created the opportunity to play in a World Cup final. It will be a matter of the same again, trying to produce everything that we can performance-wise but enjoy the day."

Final will be free-to-air

Sunday’s game will be the first live free-to-air match broadcast in the UK during this year’s tournament.  Sky’s coverage – despite being innovative in so many ways – has been cited as factor in a drop of interest in the sport after the high watermark of 2005's Ashes series.

Morgan said: "Throughout that whole summer, the game was on the front and back page of every newspaper going around, everyone was talking about it and that is really good for the game.