ROY KEANE is famous for his brash, matter-of-fact, don't-tick-me-off-because-I-might-be-a-serial-killer kind of style.

This weekend, Rangers secured their first Scottish league title in a decade, as Celtic failed to beat Dundee United.

Steven Gerrard's side prevented his city rivals from making it an historic 10 title wins in a row, and prior to Liverpool's match against Fulham on Sunday, Keane was asked if he had any words for newly crowned champions.

He responded in typical Keane fashion: 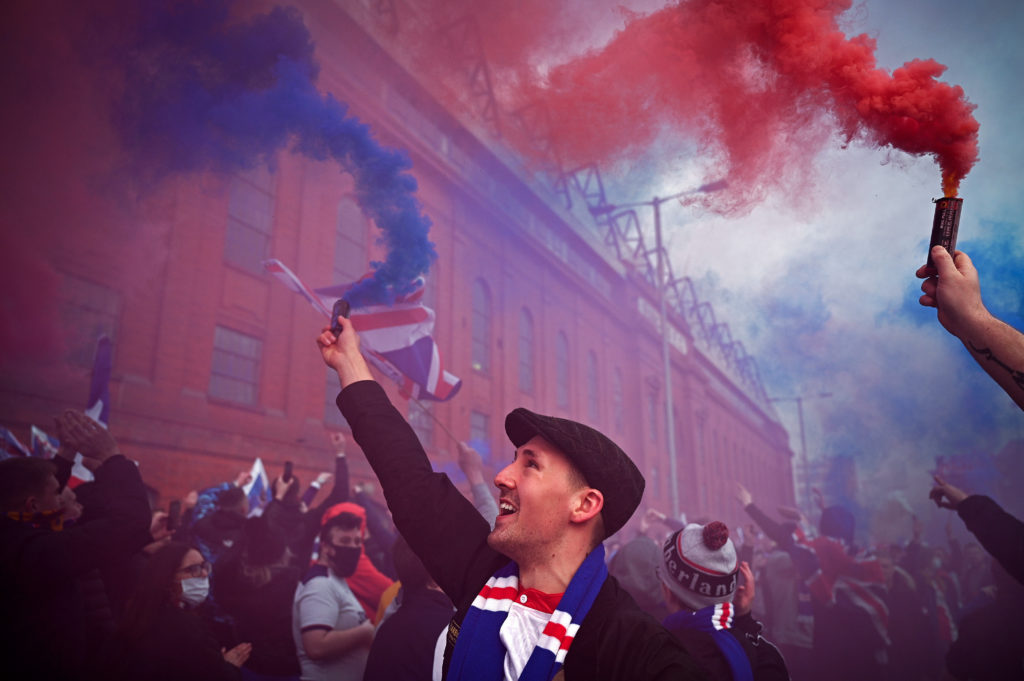 Rangers fans gather at Ibrox stadium to celebrate the club winning the Scottish Premiership for the first time in 10 years, on March 07

What did Keane say?

"[Words] For Rangers, no," he told Sky Sports' Dave Jones with a stern face.

"Listen, it's obviously been a tough year for Celtic, they'll bounce back next year like all great clubs do."

Why did he refuse to praise Rangers?

Keane not only had a brief, and rather unmemorable, stint at Celtic Park following his infamous Old Trafford departure in 2005, but he also claims to have been a boyhood Celtic fan growing up in Co. Cork.

The Celtic-Rangers rivalry is arguably one of the biggest and fiercest in European football, and there's certainly no love lost between the two Glaswegian clubs.

How did Keane get on at Celtic?

As mentioned previously, Keane joined Celtic after his acrimonious departure from Manchester United half-way through the 2005/06 season.

Keane launched a scathing attack at his fellow United players after they were beaten 4-1 by Middlesbrough during an interview with MUTV.

Sir Alex Ferguson was reportedly fuming and demanded an explanation from the United skipper. When Keane refused to back down, his contract was cancelled and he was out the door.

The Irishman joined Celtic, but only last five months, much of which was spent on the sidelines due to injury, before deciding to retire at the end of the season.

He made 13 appearances and scored one goal, and ended the season with a Scottish Cup and Scottish Premier League title.

🗣"Roy any words of celebration for Rangers?" 🤔