What life is like for an Irish professional tennis player

COOPED up in a cheap Chicago hotel some 4,000 miles from Centre Court, Sam Barry couldn't be much further away from Wimbledon.

Touring the world for 30 weeks of the year may sound like an exciting way to live for some, but for Ireland's current number one male tennis player, it's a tough old slog.

Since he’s ranked 276 in the ATP standings, booking budget airlines and modest accommodation to participate in minuscule tennis events is standard procedure for the Limerick native.

“I'm completely independent so I cover all my travel expenses myself with the money I make from sponsorship and the prize money I collect along the way,” he tells The Irish Post in a commendably upbeat manner.

“It's all my own project, if you like. About half of my income comes from my sponsors. Tennis is an extremely expensive sport. You can only ever book one-way tickets [because you don’t know how far you’ll go] and if you want to be able to make an impression at tournaments you have to have a coach with you too.

“The expenses are massive and it's out of my parents' reach. I don't earn nearly enough in prize money to cover my expenses. I earn about €60,000 a year and half of that is from my sponsors, but most of it goes towards my travel expenses, and that's even after cutting corners everywhere.”

Breaking even is a challenge, but 24-year-old Barry's sheer determination keeps him striving away towards his primary goal – to reach the promised land of the top 100.

“The top 100 is where tennis really starts. That's when you can start playing regularly on the main tour week-in-week-out and make good money. The main aim for any player that's not already inside that bracket is to make the top 100 and go from there.”

The prize money at the lower end of the tennis tour spectrum is an unsustainable income for the lifestyle required of a professional athlete and is perhaps the reason why many Irish tennis players call it quits before ever reaching that magical mark.

But how come Scotland, a country of a similar class, climate and population to Ireland, can produce a multiple Major winner in Andy Murray, yet Ireland can't get anyone even remotely close to the top 100? 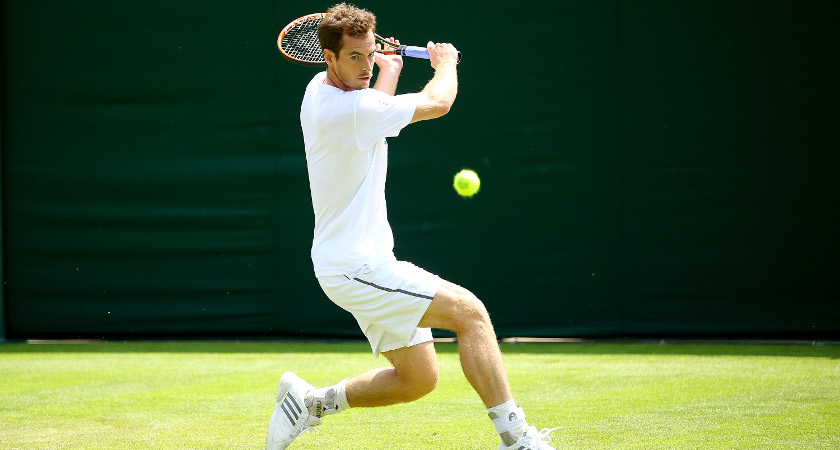 2016 Wimbledon finalist Andy Murray actually learned much of his trade in Barcelona [Picture: Getty]
To address the scale of the issue, here's a startling fact – since tennis went pro in 1968, only six Irishmen and two Irishwomen have qualified for the main draw of a Grand Slam event.

It's a far cry from 1890, when both male and female singles champions at Wimbledon were Irish.

The most obvious reason for the lack of success in the modern era is the lack of funding. The Irish Sports Council gave governing body Tennis Ireland €525,497 in 2015, putting it 13th on the list of biggest investments out of over 60 sports in the country.

On the other hand, swimming – considered one of tennis’ biggest threat as an individual participation sport – got €826,220. Much more investment is needed in order to produce at least one top tennis player.

The most advanced tennis nations in Western Europe can afford to budget €75,000 a year per player to support their most talented or promising stars from a young age. Since 2012, Tennis Ireland have been working to close the gap from their own average budget of just €15,000 per annum per key player.

On top of that, corporate companies are much more likely to invest in Soccer, GAA or rugby teams rather than individuals, which is just unfortunate for tennis.

Alternative sports struggling for investment is nothing out of the ordinary, but Barry believes Tennis Ireland need to improve the promotion of the product they're selling.

“I think we need to do a far better job of marketing the sport and putting it out there,” he said. “There are other federations with a worse-off academy where tennis is equally off the radar with mainstream media, yet they do a better job of raising money for their systems for young players. I think that's something Tennis Ireland can do better.”

As if the lack of funding wasn’t a big enough issue, the lack of top quality tennis coaching in Ireland restricts those with the talent getting to the top.

“It's a case of taking what you can get in Ireland,” said Barry. “I was really lucky in meeting a coach from Offaly called Tadgh Lambe, who did a really good job in bringing out my passion for the game and remains a family friend. 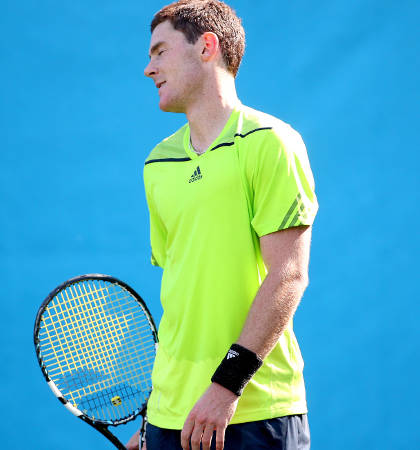 Sam Barry's frustrations lie with Tennis Ireland [©INPHO/Ryan Byrne]
“He played a really big part in me falling in love with the game, but after that, when I started to get involved in national set-ups, the coaching is of a decent standard but there's not that much top-level experience there.

“But then, how are the coaches supposed to operate at the top level if our own players aren't making the top 100? Tennis Ireland do have a decent system in place but once you get to a certain level, you have to go elsewhere to find someone that's going to bring you forward.”

Cork native Greg Morris, who has been coaching tennis for 40 years, accepts that there are still hurdles to overcome, but he’s watched the sport evolve over the past four decades and is confident it’s going in the right direction.

“When I started coaching there was only three coaches in the whole of Ireland, now you have pockets of them everywhere,” he told The Irish Post.

“Tennis was always an elitist sport and you had to be well off to play it – clubs weren't open to everybody – but it's not expensive to join a club anymore.

“For a club in the centre of Cork – Ballinlough, for example – a whole family can join for €290 and that includes two adults. It's been so full that they've just secured a grant to put another court up. It's a very healthy, family club.

“It's only now that tennis is accessible to a lot more people, which has broadened the sport. But getting the funds down to the people on the ground is the main problem.”

And it’s not just in Cork where participation is booming. Until 2012, when Tennis Ireland developed a new School Tennis Initiative Programme, the sport was seldom played in state schools across the island.

That’s all changed now with the success of the programme over the past four years, which Morris believes has helped plant seeds all over the country.

“It's great because you have 150 kids in Skibbereen playing tennis, who otherwise might never have even seen a tennis racket,” he joked.

“Of course, you get a better standard in Dublin, but if you're good enough and want to compete you get out of Cork, or wherever, and you head to Dublin to keep improving against better opposition.

“If you expose people to it at a young age, you'll see the benefits soon enough. Clubs are full and parks are full; I think we're going in the right direction.”

As for the current generation, the success of world number 706 Marcus Willis amid the Briton’s run to the second round of Wimbledon can prove a source of inspiration for the likes of Limerick man Sam Barry.

Willis had earned just £220 from playing professional tennis in 2016 until he embarked on a seven-match winning streak at SW19 – six rounds of qualifying and the first-round proper – which saw him go home with a cheque for £50,000, a year’s income for Barry.

If the world number 276 doesn’t catch a similar break like that any time soon, you have to wonder how long the 24-year-old can sustain the life of an Irish professional tennis player.