THEIR success is intertwined with the fortunes of a dominant Kilkenny hurling side for decades.

They can also boast six All Ireland senior club championships – a record.  And have provided six captains to Brian Cody’s all conquering Cats between 2007 to 2015.

Now Ballyhale Shamrocks are giving budding hurlers the chance of a lifetime – a day’s coaching with icons of the game such as Henry Shefflin, TJ Reid, James ‘Cha’ Fitzpatrick and many more.

The opportunity forms part of their Hurling with the Stars project, which aims to raise money for a new juvenile pitch and other improvements at the club.

“This is the start of a five-year plan for us,” said club vice chair Tommy Phelan.

“We have very limited resources in Ballyhale. The hurling club has the players thank God, but not the facilities.

“We are a town with about 400 houses in the parish and less than a thousand people. So our focus has been on keeping things going on the pitch with what bit of money comes through. The local community have been absolutely fantastic over the years, but for us to progress we need to improve youth facilities and look outside the area for funding.”

Five time All Ireland winner James ‘Cha’ Fitzpatrick will be one of the stars giving their insight at the event next month. You might not be able to hurl like Kilkenny’s finest by the end of it, but it promises to be a memorable occasion for all involved. 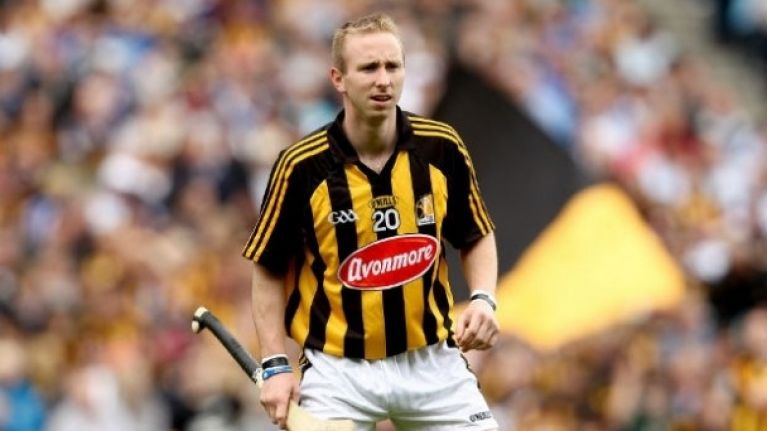 James 'Cha' Fitzpatrick on Kilkenny duty. He captained them to All Ireland success in 2008 and was named an All Star three times.

Ballyhale’s success is down to a number of factors.

“The previous generations around here would have been steeped in hurling success,” Fitzpatrick told The Irish Post.

“So tradition definitely plays a part.  Then there is the national school in Ballyhale. So much good work has gone on there over the years.

“There was a great principal there called Joe Dunphy who has now retired. Joe put in maximum effort and really concentrated on hurling alone.

“And we were lucky to have a good bunch of players at underage level, who were able to stick together the whole way up to senior level. We were very successful throughout all the grades on the way up.

“I suppose it is a bit like being born in New Zealand, if you’re born there, rugby is your thing and there’s no escaping it.

“In Kilkenny- and Ballyhale in particular-  hurling is our religion.”

The competition is open to GAA clubs in Ireland and the UK and the winning club can take a senior, juvenile and camogie team.

Grand Prize: A full day’s training and mentoring with Ballyhale Shamrocks, led by some of the game’s most decorated hurlers.  The winning club will be collected by bus, arriving at 9.30am for breakfast in Carroll’s Hotel, Knocktopher.

After the meal, Henry Shefflin, T.J. Reid and Michael Fennelly will introduce the day’s events. The winning club then travels to Páirc na Seamróga, Ballyhale’s home ground, for group and one-to-one coaching with Henry, T.J. and Michael Fennelly, who will be assisted by Colin Fennelly, Liam Fennelly, James ‘Cha’ Fitzpatrick, Joey Holden and Richie Reid.

There will be a barbecue lunch, followed by photos and chats with all hurlers. Next up is a post-lunch game for the winning club with an appropriate Ballyhale Shamrock’s side (Juvenile to Senior).

The day concludes with dinner and presentation of sports equipment (valued at €2,000) to the winning club.

Closing date for entries is next Friday July, 6 with the event scheduled for Saturday July, 21.

What will Henry Shefflin do next?