After working wonders Mick McCarthy is feeling the heat at Ipswich

HIS a*** is back on the bacon slicer. After 24 years and 898 games in the managerial business, Mick McCarthy is once again feeling the heat.

And while it will never burn as intensely as it did in those unforgettable weeks that separated Saipan from Suwon, when Roy Keane was sent home from the 2002 World Cup before defeat on penalties to the Spanish stopped Ireland reaching the quarter-finals, at this stage of his life you’d imagine that Yorkshire’s most famous Irishman could find an easier way of making a living.

Yet managing football teams is what continues to energise – as well as frustrate – him.

So even though people on the outside can look at the job he has done at Ipswich Town with a huge degree of respect, to a vocal and sizeable section of the club’s support, he’s shipping some serious flak.

His cause was not helped by Saturday’s FA Cup draw at home to non-league Lincoln, with the Tractor Boys needing a late goal from on-loan Tom Lawrence to spare their blushes and secure a replay.

The final week of 2016 – a year when McCarthy’s Ipswich won just 16 of the 48 games they played – saw a toxic atmosphere visit Portman Road, where chants of ‘We want McCarthy out’ and ‘Mick McCarthy, your football is s***’ provided the kind of soundtrack no one envisaged a year ago.

Then he was hoping to build on Ipswich’s presence in the 2014/15 play-offs – their first appearance at this end of season stage in a decade.

Having first managed to balance the books, and then the team, McCarthy’s capacity for unearthing uncut gems and applying some polish, had been reconfirmed.

Yet it hasn’t been his only shrewd bit of work in the transfer market.

From a local perspective, McCarthy’s 'buy Irish' policy has seen him provide a living to 14 different Irishmen over the course of his Ipswich tenure, with the rejuvenation of two players in particular, Daryl Murphy and David McGoldrick, helping Martin O’Neill deal with a striker crisis – Murphy remember being the scorer of Ireland’s equaliser in Serbia. 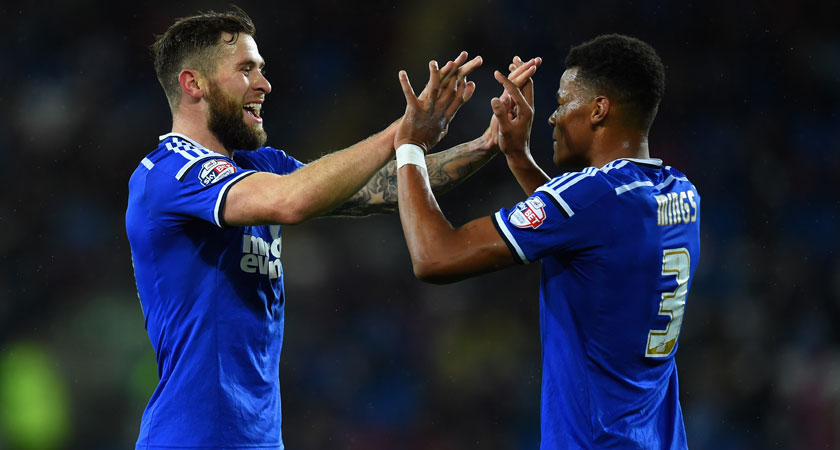 Daryl Murphy, left, saw his career rejuvenated under McCarthy at Ipswich while the club made a huge profit on Tyrone Mings, right (Image: Getty)

So for this reason alone, there is every reason why supporters of the Irish international team should be casting more than just a sideways glance at the latest crisis to engulf McCarthy on his managerial journey.

One of just two Irishmen managing in England’s top two divisions, he, more than any other manager based in England this century, has offered employment opportunities to Irish-qualified players.

“It isn’t their nationality I look at but their quality and their attitude,” McCarthy has said in the past. “It just so happens that I have seen those characteristics in so many Irish players.”

What he saw in Murphy – a striker who had been ignored at Celtic and was growing disillusioned by the number of times he was being sent out on loan – was a man who needed both an arm around the shoulder as well as a kick up the backside, sometimes at the same time.

“Cross him and you’re in trouble,” Murphy said. “Work for him and you get your rewards. I owe him so, so much.”

While you have to seriously question whether Newcastle United would ever have spent £3m on Murphy last August had McCarthy not reinvigorated his career, you also have to look at the bigger picture.

Without McCarthy, how many Irish players would have fallen by the wayside over the last decade, never mind over the four years?

Stephen Ward, O’Neill’s current left back, was introduced by the Ipswich manager to that position when the pair were at Wolves, having previously featured as a striker at Bohemians.

More to the point, if O’Neill was ever to move on, how many Irish managers are more qualified to succeed him?

Chris Hughton stands out – yet why would he leave Brighton at this stage?

McCarthy, you can bet your bottom dollar, would jump at the chance to manage his country again if offered it.

“If there is no manager in place and if I am out of work then of course I would consider doing it again,” he said in May last year.

Back then, after Ipswich had finished seventh in the Championship, punching above their weight in the process, the 57-year-old had much greater control over his destiny.

After all, Marcus Evans, the club’s owner, was fully aware of how bad things were when he persuaded McCarthy to join them in November 2012. 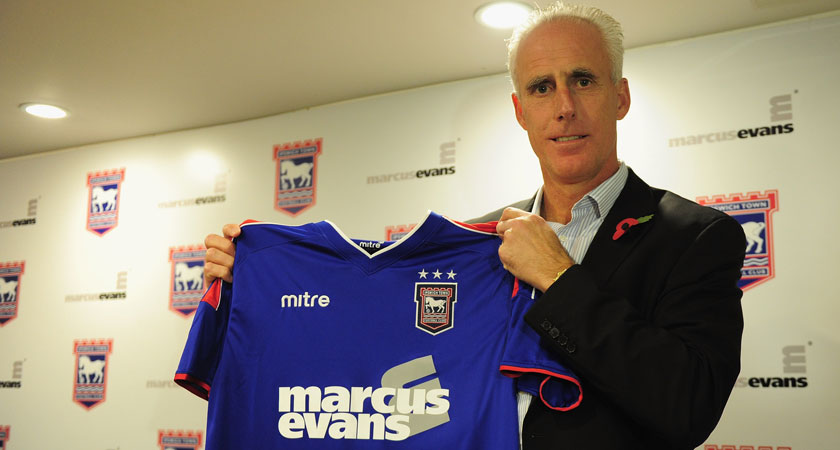 Ipswich were bottom of the Championship when McCarthy took over in November 2012 (Image: Getty)

Bottom of the league, in possession of a soaring wage bill and a few bad eggs in the dressing room, they were heading for League One.

McCarthy, however, kept them up, slashing the wage bill in the process.

And while his eye for a player has had a few misses as well as some impressive hits – Aaron Cresswell (a £3.75m sale to West Ham, who was recently capped by England) owes as much to McCarthy as Mings, Murphy and McGoldrick – you have to bear in mind that, until last summer, his shopping list was restricted almost exclusively to frees, swaps, loans.

Left with no choice but to take in waifs and strays on trial – Kevin Bru being one of those who is now doing well for the club – he also spent small change on the likes of Mings, Frank Nouble, Piotr Malarczyk and Freddie Sears.

While they – and others like Stephen Hunt – have impressed, there have also been some flops: Cameron Stewart barely kicked a ball before he finally had his contract prematurely cancelled, while Australian international Tommy Oar was also shipped out.

None of this seems to matter now, though. In the short-term nature of football, the pervading opinion of an increasing minority is that Ipswich have stagnated under McCarthy.

“We are not going to pay £2-3m for players and £20k a week,” he said recently. “That’s not us. I knew the gig when I got it, to get best out of what I’ve got – and that is something I’ve always been particularly good at.”

In fact – to those looking from beyond the Suffolk border – he has done a marvellous job, which could been so much better had key injuries to his best, creative players – McGoldrick, Murphy, Ryan Fraser, Teddy Bishop, Jonny Williams – not damaged last season.

“I have always been in the top 30 managers out of 92 in England, right throughout my career. I am comfortable in my own skin. So long as I am at Ipswich, I will work as hard as I possibly can to make the club as good it can possibly be,” McCarthy said.

Yet with fans pressurising Evans to make a change, there is a possibility he may not be there for much longer. Those on the Portman Road terraces – while respecting the advances McCarthy has made – sense stagnation.

And yet, when you look at where they were, and view the 57-year-old’s wheeling and dealing over a four-year period, your immediate reaction is to despair at football’s habit of looking at things short-term.

“It would be nice if my way of working was respected,” McCarthy said last May. “If people could look at the results that my teams have achieved, and look at the respective budgets from within the league, they would see that we have done really well.

"If I am to keep doing what I am doing, taking clubs who do not invest heavily, but who are within the financial fair play rules, then that is something I am happy with.”

So many Ipswich supporters aren’t happy, though. And when the crowd turns against you, the end is often nearby, even if it shouldn’t be.