The year kicked off with the Cheltenham Festival back in March and as always it was a spectacular as it was breath-taking when 261,000 punters descended upon Prestbury Park.

Altior struck a blow for the home contingent when giving Nicky Henderson a first win in the Supreme Novices’ Hurdle since 1992.

Always in touch, he made the most of a mistake by long-time favourite Min at the second last flight to forge seven lengths clear of his heavily-backed rival.

Willie Mullins soon took his revenge in the Arkle though. The mighty Douvan made it eight wins in succession by thumping Sizing John by no fewer than seven lengths.

All eyes were on Annie Power in the Champion Hurdle to see if she would remember her previous visit to the venue the year before.

She was clear of her rivals when coming to grief at the last and connections were praying that history would not repeat itself.

They needn’t have worried as she was allowed to make all in what turned out to be a very one-sided affair.

She repelled the injury-prone My Tent Or Yours and stablemate Nichols Canyon with ease to pick up almost a quarter-of-a-million pounds in prize money. 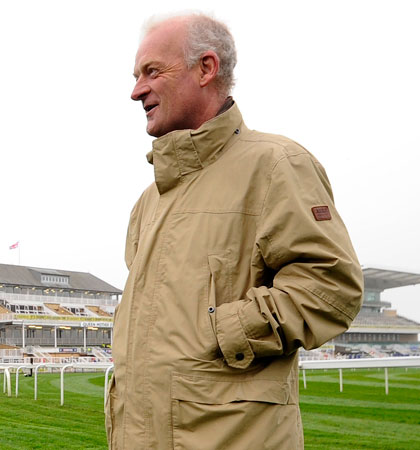 Willie Mullins had the favourite for the Queen Mother Champion Chase in Un De Sceaux.

Unfortunately, the eight-year-old failed to read the script and was found labouring on the bend for home.

The fantastic Sprinter Sacre, himself a four-time course winner, was sitting on the bridle and assumed command two from home.

Despite a slight error at the last he could not be caught.

On Day Two, Willie Mullins raised a few eyebrows when he pulled Vautour from the Gold Cup to race him in the Ryanair.

The trainer formed an opinion that he could probably win two races at the festival with his stable-stars rather than have them face each other in the main event.

There were a few market wobbles on the favourite and he was allowed to drift out to evens from a shade of odds on.

They proved to be unfounded though and a comfortable six-length victory was the ultimate outcome.

Thistlecrack made it eight wins in row for Colin Tizzard by scooping the World Hurdle in impressive fashion.

He powered his way through the field cutting down his rivals one by one.

He led going to the last and beat Alpha Des Obeaux by seven lengths confirming that he was a star in its ascendancy.

The Gold Cup found itself going across the Irish Sea as Don Cossack fought out a protracted battle with Djakadam in the closing stages. The pair would have been joined by Cue Card but for him falling when travelling ominously well.

Gordon Elliott has always thought the world of his charge and his victory brought the curtain down on what was another fantastic year.

The Grand National was the next major event on the British calendar and 39 runners lined up for a shot at the £560,000 first prize.

The Romford Pele, Hadrian’s Approach and Sir Des Champs were clearly bedazzled by it all as they unseated their riders at the first fence, while many others pulled up leaving just 16 finishers.

It was left to Gigginstown Stud to land their second massive prize in as many months as a rejuvenated Rule The World saw off the gallant challenge of The Last Samuri. 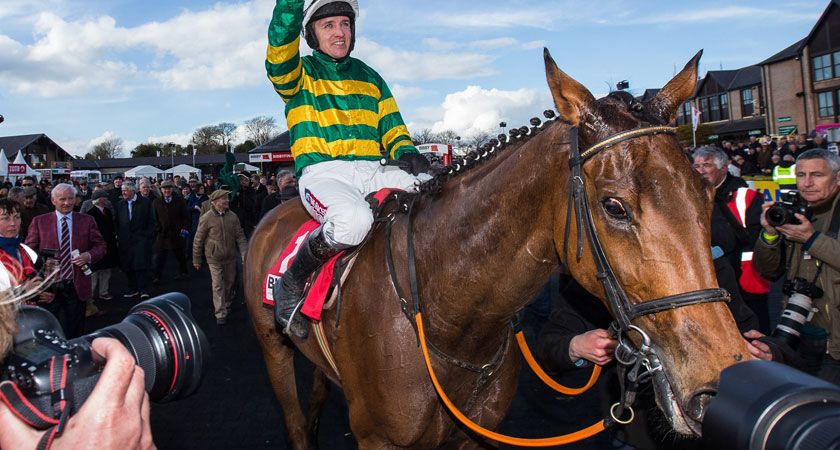 The Punchestown Festival came next and all eyes were centred on the main protagonists from the Cheltenham showpiece.

Djakadam, Don Poli, Cue Card and Carlingford Lough all faced off once again but this time there was a bit of an upset.

Carlingford Lough ran as though he was very much in need of the race at Cheltenham when staying on into a distant fourth.

His primary aim was to defend his crown at this festival and clearly the run blew away the cobwebs.

As the freshest horse in the race, he breezed past his Cheltenham conquerors to retain his title and secure another win in the race for leading owner JP McManus.

The flat season came and went with a few notable highlights. The 2000 Guineas went to Galileo Gold.

The Derby was won by Harzand, The Oaks landed by the brilliant Minding and the St Leger by Harbour Law.

In what was a remarkable year for relatively new trainers onto the scene, both Hugo Palmer and Laura Mongan managed to win their first classics.

Royal Ascot had all of the usual pomp and ceremony that surrounds the annual summer event.

The main race of the meeting was of course the Gold Cup on the third day.

Order Of St George was sent off as a well-backed favourite and he duly obliged with a most commanding display, seeing off Mizzou and the effervescent Sheikhzayedroad, who grabbed a place at massive odds.

Another highlight of the flat season was the dominance of Frankel as a first year sire.

His offspring made their racecourse debuts in abundance and whilst there are too many winners to list here, it will be exciting to see what else he is capable of producing as he enjoys his life as a stallion. 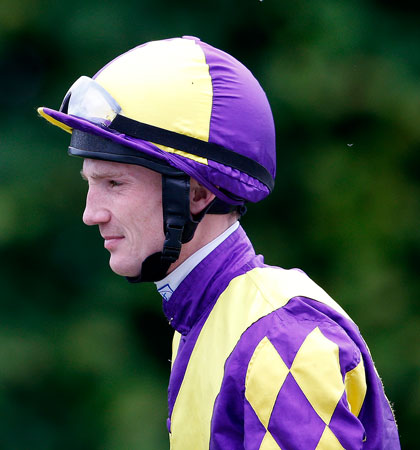 A year of highs and lows

There were quite a few lows in the racing calendar this year.

Whilst any horse death is a tragedy, the most recent high-profile horse to lose his life was Simonsig.

His most memorable win came at the Cheltenham Festival in March 2012 when he scampered clear of his rivals to win the Neptune Novices’ Hurdle.

Wins at Aintree, Ascot and Kempton followed before he went back to Cheltenham to contest the Arkle in 2013.

Again he was at the top of his game when beating Baily Green and His Excellency.

Injury blighted his career subsequently and he was all set for a comeback at this year’s Cheltenham Open meeting.

Unfortunately he got no further than the third fence where he succumbed to a heavy fall and broke a leg.

The drama did not end there. In a run of the mill handicap staged at Kempton Park on Halloween night, Freddie Tylicki and Champion jockey Jim Crowley were caught up in a four horse accident leaving families, friends and supporters fearing the worst for both.

Whilst Crowley sustained some significant injuries it was young Freddie who fared less well.

Diagnosed with a T7 Paralysis he is unable to move from the waist down.

An online campaign has raised over £275,000 to assist with his aftercare which was an absolutely fantastic effort by everyone involved. 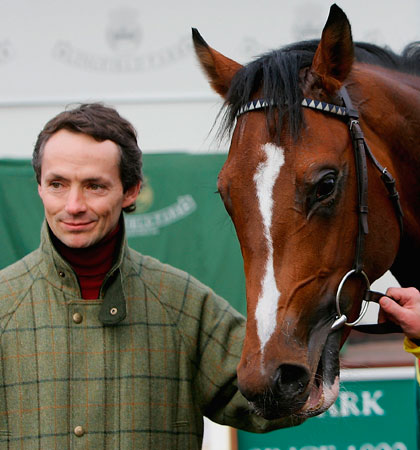 Loss of a true sportsman

The saddest news of the year came just a couple of weeks before Christmas when the three-time Derby-winning jockey Walter Swinburn passed away at the relatively young age of 55.

His wins on board Shergar, Shahrastani and Lammtarra earned him a legion of fans as well as the nickname of The Choirboy.

A shocking fall at the start of a race in Hong Kong in 1996 marked the beginning of the end of his career.

He went into a coma for four months and when he did awaken, the road back was far from smooth.

He made three attempts at a comeback before giving up completely.

A semi-successful training career followed where he trained 250 winners for his father-in-law Peter Harris, but he could never repeat the dizzying accomplishments that he achieved as a jockey.

He is survived by wife Alison and daughters Claudia and Millie.

Heaven has gained another angel and we have lost a fantastic sportsman.