THIS year’s Mayor of London St Patrick’s Day Parade and Festival promises to be one of the best yet with over 100,000 people expected to attend the city’s giant celebration of Irishness.

On Sunday, March 15 head to Trafalgar Square from noon to 6pm to enjoy a fun day for all the family. Once the main Parade has made its way through the streets of London an afternoon of music, dance and children’s activities awaits to keep everyone entertained.

There’s plenty on offer for foodies too – with the return of the Irish Food Market offering lots of tempting and tasty treats from the Emerald Isle.

This year’s Festival will also give you the chance to meet and mingle with Irish community groups as well as getting up close and personal with showbiz and sports stars.

There’s lots of great music and dance acts planned on the main stage throughout the day from Lord of the Dance to West End musical The Commitments as well as a range of exciting bands and singers such as Hermitage Green, Lethal Dialect, Crossharbour and Jack L.

This year’s Parade Grand Marshal is boxing legend Barry McGuigan who will lead over 70 groups and organisations across the city in a colourful procession featuring a raft of spectacular street theatre and pageantry, marching bands and music.

And don’t forget to take part in the umbrella events taking place around the city as part of the official Festival.

You can find details of all those events, which include fashion exhibitions, walking tours, a tea dance and film festival, inside this magazine.

Tourism Ireland is also playing a part in this year’s Festival. As part of their iconic Global Greening initiative - which sees landmarks around the world turn green to mark St Patrick’s Day – this year Nelson’s Column in Trafalgar Square will light up for the very first time – making it the perfect finale to the 2015 Mayor of London St Patrick’s Day Festival. 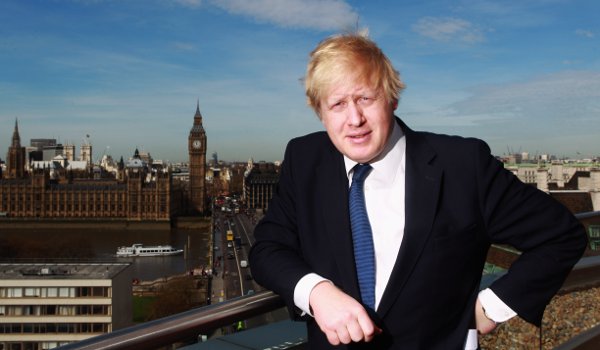 A message from the Mayor

It’s a pleasure to once again be supporting one of the greatest St Patrick’s Day celebrations anywhere in the world.

Our free event is an opportunity to showcase the culture and heritage of the Irish community and their ongoing contribution to our city’s success.

From laying our roads and helping to build our underground system to the financial services and our cultural life, Irish men and women have been key to London’s prosperity and its dynamism.

The Irish are also known for their love of a good party and London’s festivities never disappoint. The free festival in Trafalgar Square will be a lively celebration of the Emerald Isle, offering a terrific line-up of Irish music, song and dance, as well as food and drink – with plenty of things for the kids to enjoy.

We’re also urging as many people as possible to line the streets to cheer on the colourful parade of giant creatures, community floats, Irish dance groups and musical bands as it makes its way through the heart of the capital. 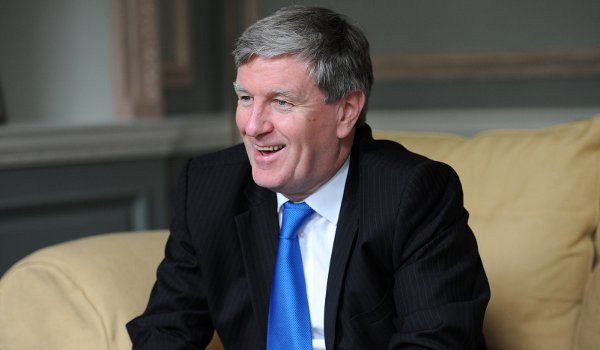 A message from the Ambassador

My wife Greta and I would like to extend our best wishes for a very happy St Patrick’s Day.

During the St Patrick’s period, both Greta and I feel especially privileged to be representing Ireland here in Britain. The scale and diversity of the St Patrick’s Day celebrations taking place throughout the month of March, as Irish people and friends of Ireland come together to celebrate and share our rich culture and heritage, truly highlight the strength and vibrancy of our community here.

I would like to thank the Irish community in Britain for your tireless work in the organisation of so many St Patrick’s festivals, parades and community events throughout the country.

These celebrations not only bring the Irish community in Britain together, but also make an important contribution to spreading a positive message about Ireland, our people, our culture and our heritage.

Your support of Ireland in this way makes a real difference and is deeply valued.

2015 is an exciting year for Ireland. It marks the celebration of the 150th anniversary of the birth of Ireland’s greatest poet, W.B. Yeats, which will be marked by an international programme of cultural events under the banner Yeats2015.

2015 is also the year of Irish Design, an exciting initiative which offers an enormous opportunity for Irish design, in its broadest description, to be showcased internationally.

I would encourage the Irish community here in Britain to embrace and participate in these important celebrations of Irish creativity and culture.

I would also like to take this opportunity to congratulate The Irish Post on its 45th anniversary and to pay tribute to the important role The Irish Post has played, over so many years, in promoting Ireland and the interests of the Irish community here in Britain.