DUBLINER Alan Joyce has described the first non-stop flight from Australia to Britain as a 'major milestone' for global aviation.

The Irishman, who is CEO of Qantas Group,  was one of the passengers on the airline's inaugural flight which landed this morning at Heathrow.

It left Perth just before 7pm on Saturday evening and landed in London at 5am today.

A momentous occasion on the flight deck of #QF9#QantasDreamliner pic.twitter.com/dRTh79ZxUb

The history-making QF9 was operated by a Boeing 787-9.

“This is a truly historic flight that opens up a new era of travel. For the first time, Australia and Europe have a direct air link,” said Mr Joyce. 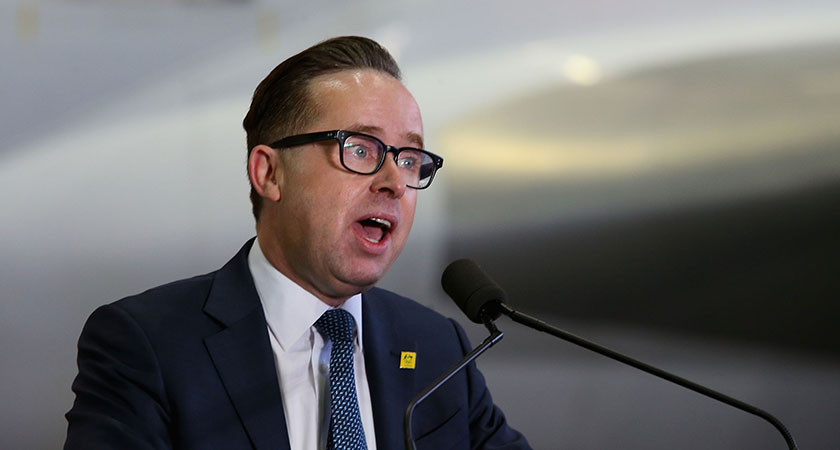 “The original Kangaroo Route from Australia to London was named for the seven stops it made over four days back in 1947. Now we can do it in a single leap."

Check-in for the inaugural #Perth to #London flight #QF9 is officially open at the new T3/T4 terminal in Perth. #QantasDreamliner pic.twitter.com/S8FiJBfh48

The new flight, which takes a total of 17 hours, is expected to boost tourism.

“The response to the flight has been amazing, both for the attention it’s received since we announced it and the bookings we’ve seen coming in.

"It’s great for Australian tourism, for business travellers and for people visiting friends and family on both sides of the world.”

Th aircraft comes with a number of features to help make passengers as comfortable as possible during the flight.

"We’ve taken that a step further with our cabin design, giving passengers more space in every class as well as bigger entertainment screens and more personal storage."

Qantas also work with the University of Sydney and consulting chef Neil Perry to create a menu to help the body cope better with jetlag.

See you in 17 hours and 20 minutes, London. #QF9 pic.twitter.com/RLsfQtbVPG

The Perth to London flight is operated by four pilots across the 17-hour journey, with one or two pilots resting at any one time.

At 14,498km, QF9 is the third longest commercial flight currently in operation.