Ireland is officially one of the happiest countries in the world, ahead of USA and UK

IRELAND IS officially one of the happiest countries in the world yet again.

Each year, the World Happiness Report analyses the well-being of every country in the world, and Ireland is generally among the top.

The World Happiness Report uses a variety of factors to decide which countries are the happiest in the world, including GDP, life expectancy, freedom, generosity and social support.

Last year, the Emerald Isle held the title of the 16th happiest country in the world, and this year, despite the stress and uncertainty that comes with the ongoing Covid-19 pandemic, our general happiness has, in fact, improved.

Ireland has been named the 13th happiest country in the world, surpassing the United Kingdom, the United States and Canada among others. 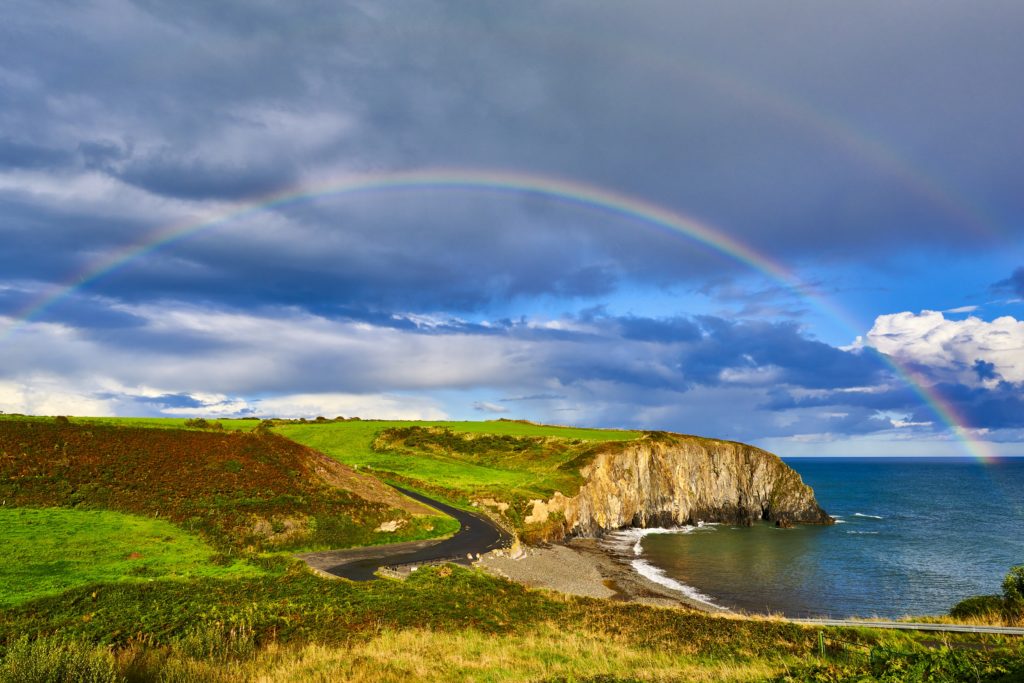 The Copper Coast in Ireland

The Nordic countries remain the happiest in the world however, with Finland named the happiest country on Earth for the fourth year running, followed by Iceland, Denmark, Switzerland and the Netherlands.

Sweden, Germany, Norway and Austria make up the rest of the top 9, followed by New Zealand-- the only non-European country to make the top 10, possibly helped by the country's strong response to the pandemic which has allowed people to return to their normal lives.

Countries embroiled in conflict, such as Zimbabwe and Jordan are among the least-happy countries in the world, the report found.

The report found that parts of the pandemic had multiple effects on people's wellbeing, with a survey of 600 adults in Ireland reporting "more positive affects" when they spent time outdoors exercising and going for a walk.

More time spent on social media during the pandemic caused "greater negative stress", according to a survey on 604 adults in Ireland.

"Although social connection is vital in times of stress, such as a global pandemic, and many may use social media to connect with others while at a physical distance, research seems to point to social media having detrimental psychological outcomes," the report states.

Ireland, in 13th place, replaced the United Kingdom, which dropped from 13th place to 18th place, and the United States moved up from 18th to 14th, right behind the Emerald Isle.

You can read the full World Happiness Report here.